Staring and Punching in the Name of Art A friend of mine called praising a movie that I "absolutely must see." And indeed, reviews for Cutie and the Boxer were very enticing. It's a documentary about two New York artists that have been married to each other for forty years, but still have a deep connection with each other, and still exchange punches both verbally and, yes, even physically.

"Cutie and the Boxer," directed by Zachary Heinzerling

In 1972, Noriko, a 19-year-old art student, moved from Japan to New York, where she met 40-year-old artist Ushio Shinohara, who had already somewhat made a name for himself. He is a man of small stature but big personality, he is a man of irresistible smile, and he delivers punches. Artistic punches that is. Again and again, we see him bare-chested, boxing gloves on and ready for action. What he does with these gloves is truly amazing. First, he dips them in buckets of paint. Then, he starts frantically attacking a large canvas – punching it again and again, jumping up and down until it's done. The amount of frantic energy with which he performs is astounding, but when we are witnessing clips of him now, in his eighties, punching the canvas with the same vigor and energy as he does in old videos of him forty years ago, the feat is doubly impressive. 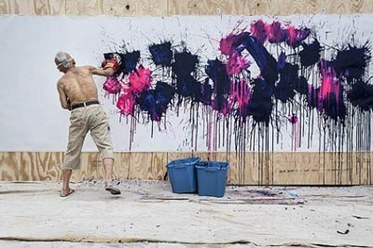 His wife Noriko – endlessly charming and admiringly tolerant of her alcoholic husband – is a very interesting artist in her own right. A series of her figurative drawings give a vivid impression of their life together, with sex, fights and art mixed in equal proportions. And all of that is imbued with her irresistible sense of humor. 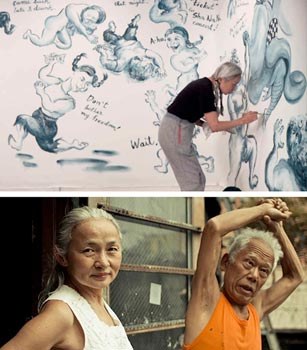 The life of this Cutie and her Boxer is nothing but pure bohemian existence: poverty, struggle and infinite resilience – all in the name of art. You simply cannot help but fall in love with these two remarkable human beings, warts and all. 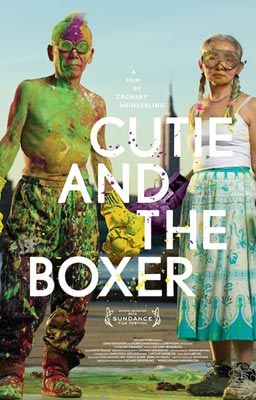 Hmmm… it's not easy to switch from boxing artists of today to the rarefied proper world of Old Master art that inhabits the princely galleries of the Kunsthistorishes Museum in Vienna… but still let's try. Here is another art movie for those of you who wouldn't mind to follow a slow-moving camera, which first zeroes in on a middle aged museum guard sitting quietly in a corner, and then pans around the grand and stately museum rooms. Museum Hours is a film about the Vienna Museum, which has one of the most distinguished collections of Old Master paintings in the world. 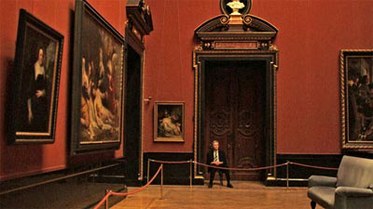 This movie pays homage to a few remarkable paintings in particular. The camera, for example, does not only focus in on one of Rembrandt's Self Portraits as an old man, but remains focused on it for several long minutes until you can swear that Rembrandt himself is not just staring back at you, but stepping into your space and time. He isn't judging, but if you are ready, smart and patient enough to see and to hear what he has to say, you will get through his wise eyes that have seen it all, all the love, support and understanding you may need. 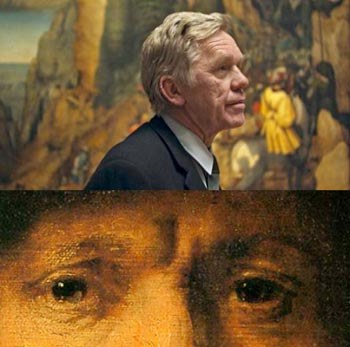 If you haven't seen before the paintings by famous 16th century Flemish artist, Pieter Bruegel the Elder, here is your chance. Like no one else in his time, Bruegel told the intricate stories of the everyday life of simple folk. While most of the art of his era was devoted to Biblical stories and had grand religious narratives, Bruegel's paintings are totally different. They are priceless and witty documentations of how regular people lived, fought, hunted and then danced and drank themselves silly. 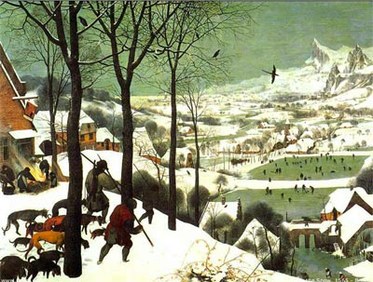 Pieter Bruegel the Elder, "The Hunters in the Snow" (Winter), 1565
Kunsthistorisches Museum, Vienna

Don't get me wrong, this movie is not a smart lecture about the history of art. No, it's a story of a middle aged man who tells us a little about himself, meets an American woman whom he befriends and takes through the streets of Vienna. So, one moment we are with regular folks in a 16th century painting, and the next we are in the company of this museum guard and his new friend –both quiet, charming, but let's be honest, rather ordinary people. And this movie gives them an air of mystery, which connects them with the great art that they and we admire in the famous Kunsthistorishes Museum in Vienna.

Banner image: Screen shot from the film Cutie and the Boxer

END_OF_DOCUMENT_TOKEN_TO_BE_REPLACED
KCRW's Drive to the Future: Today, we'll double your meals to our food bank partners in Los Angeles and Santa Barbara AND a portion of your donation goes to Inner City Law Center who provides free, high-quality legal representation to LA's precariously housed and those experiencing homelessness.
Give Now
Give Now