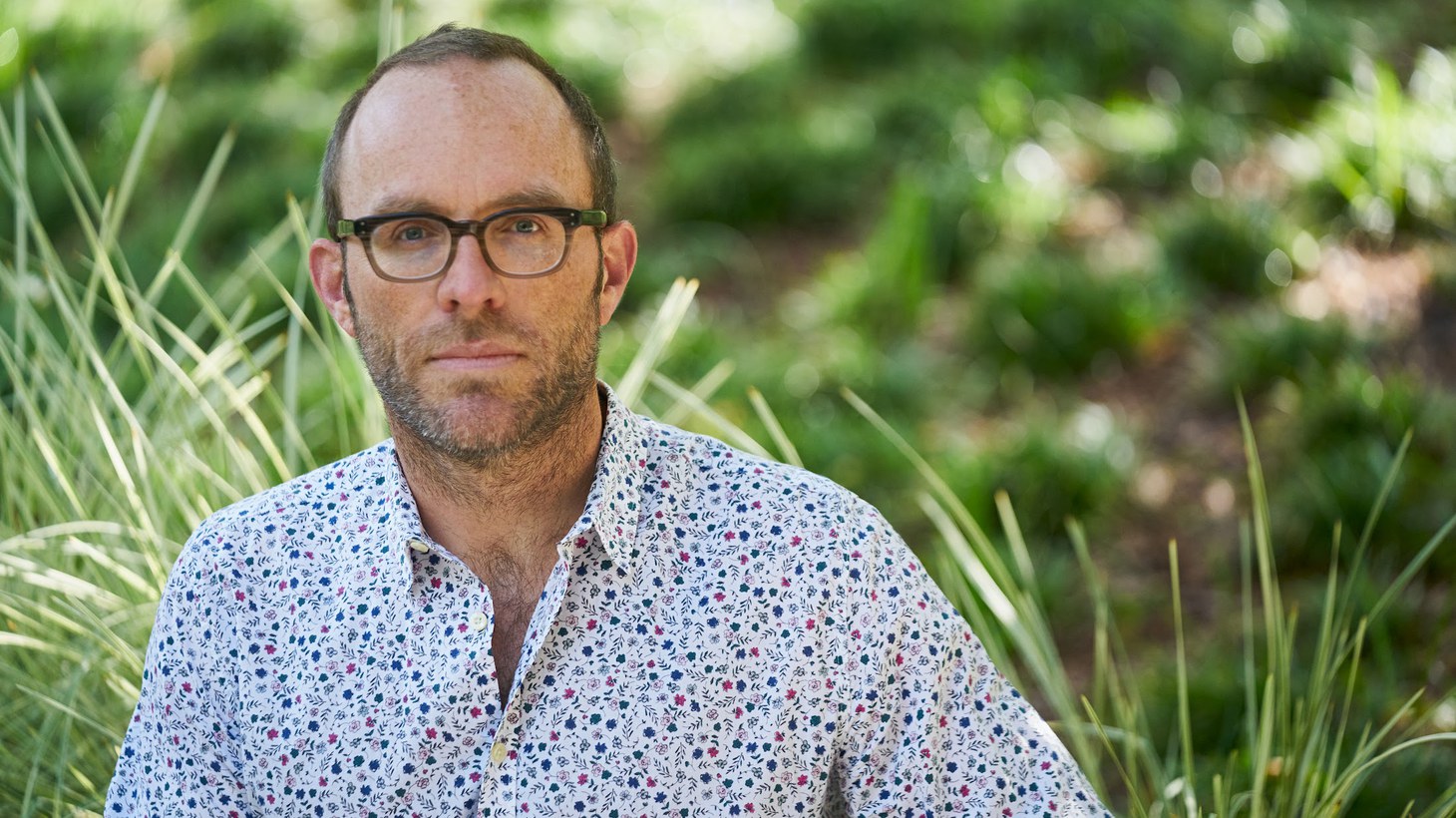 Canadian-American author Antoine Wilson discusses the work he put into writing entertaining pages for his new short book, “Mouth to Mouth” (Avid Reader Press / Simon & Schuster), and the propulsive story is not finished until the very last sentence.

The work centers on a man who saves another man’s life, the former of which then tells his story to an old acquaintance he bumps into at an airport during a flight delay. How much does he believe the story of his own life? This thrilling question is left open for the reader. Wilson, who was inspired by his own experience saving a man’s life, says he values narrative possibilities that generate readerly conversation.

Excerpt from Mouth to Mouth by Antoine Wilson.

Out of the corner of his eye he caught a dark form on the surface of the water. He was pretty sure it hadn’t been there a moment before. A clump of kelp? No, a swimmer, making for the shore, an arm slapping the water, then drifting, as if scanning the bottom, like a snorkeler without a snorkel, but then, not. The swimmer undulated with the passing swell. The lack of muscle tension signaled to Jeff that something was wrong. He stood to watch, expecting the swimmer’s arm to rise to slap the water again, or his head to turn for a breath, but nothing happened. He went to flag a lifeguard, but the towers were shuttered. Up and down the beach there was only a single woman jogging, too distant to take notice.

He hadn’t yet faced a moment like this in his life, one in which he knew, with certainty, that the crisis at hand was his alone to handle. One during which he wished for the intercession of the god he didn’t believe in, or anyone who might know what to do, or even someone as clueless and panicked as himself who could by their presence share the burden. It was one of those crucial moments, one which when reflected on wouldn’t be laughed off but would send a chill up his spine, because even if he felt that he had no choice, that anyone would have done what he did in that situation, he would have to acknowledge that he was being tested, because in truth he could have given up, could have despaired, could have walked away, could have pretended he hadn’t seen what he’d seen, could have subtracted himself from the scene, told himself that he wasn’t even there, that he’d left a moment too early or arrived a moment too late, that the predicament had not in fact fallen in his lap but only grazed him as it passed undisturbed and unaddressed, left to unfold by itself, as nature might have intended.

I pointed out that one’s interceding or not could equally represent fate, that letting nature take its course could include any number of interventions, since we ourselves were inseparable from nature.

He considered this for a moment, seemed about to reply, and sipped his beer instead.

The water was so cold, he continued, after he’d polished off the beer and fetched another, that it took his breath away. He felt like he was unable to get enough air into his lungs. Nevertheless, he made for the body, stomping through the shallows in his under-wear and T-shirt, and then swimming, thinking that the man was probably okay, that he was being foolish, that the man would pop his head up at any moment and bring to an end what would for-ever become an embarrassing story about Jeff’s tendency to jump to conclusions, to act before considering consequences. These thoughts alternated, round-robin, with others, equally powerful and clear, that this man was dead and had been dead a long time and was only drifting to shore. But hadn’t he seen an arm slap the water?

The cold bit into his hands and feet, and though he swam with his head up, he tasted seawater with every stroke. When he reached the body he hesitated to touch it. What if it sprang to life and dragged him down with the last of its energy, as drowning people were said to do? He took hold of a shoulder and tried to flip the man onto his back, but without being able to touch the bottom, he couldn’t get the leverage he needed. He grabbed the man’s hand and towed him the short distance to shore, swimming an awkward one-armed breast stroke, scanning the beach for anyone he could call on for help. At the inshore ditch he went underwater and shoved the body from below, using a ripple of swell to propel it onto the sand. It rolled, came to rest on its back, limbs folded awkwardly as if it had fallen from a height.

He stood before it. A middle-aged man in a slick swimmer’s wetsuit, tinted goggles, bluish skin, purple lips. He had thought of him as both a he and an it, a man and a body, but now the form on the sand had resolved into a human being, a he, definitively. No sign of breathing, and he had no idea how to take a pulse. He didn’t dare remove the goggles for fear of revealing eyes wide open but unseeing.

He dragged him away from the water’s edge, wavelets erasing the track he left in the sand. The jogger was closer now but not yet upon them. The closest telephone was at the beach lot. If he had run back then to dial 911 would anyone have blamed him?

He had seen CPR on television but had no idea how it was really done. He put his hands on the man’s chest, locked his el-bows, and pumped. The sternum felt like a spring-loaded plate. Water leaked from the side of the man’s slack mouth. He counted the compressions uselessly, not knowing when to stop. He knew what came next and didn’t hesitate. The lips were cold, the stubble rough. He blew into the man’s mouth and water sprayed onto his cheek. He had neglected to pinch the nose.

The chest rose and fell with his breath, but only as a bellows fills and empties. The skin looked no less blue. A feeling of disgust threatened to overtake him, spurred by the idea that he wouldn’t be able to save this man, meaning he wasn’t breathing air into a human being who needed help but into a corpse.

The jogger appeared, stopping in her tracks twenty feet away. He cried at her to get help and she ran toward the highway.

He returned to pumping the chest. Something cracked under the heel of his hand, and with each subsequent compression he could feel the break in the bone.

Salt water poured thick and foamy from the man’s mouth. Nobody would have blamed Jeff for giving up. He wiped the foam aside with the back of his hand and breathed for the swimmer again, trying not to retch. Then to the sternum, the compressions, trying to put out of his mind the feeling of bone scraping against bone.

A seagull stood in the sand not five feet away, watching, its eye black like a wet seed.

Excerpted from Mouth to Mouth by Antoine Wilson. Used with permission of the publisher, Avid Reader Press. Copyright © 2022.