Art house theater Cinelounge has opened a boutique drive-in movie theater in the heart of Hollywood.

This week: learn how cities are helping - and hindering - solar power; listen to the history of 120 year-old Judson Studios and its contributions to the art of stained glass; consider what's next in gas station design; go back to the '80's to celebrate LeRoy Neiman's sports sketches for the Rocky movies; and catch a flick in a Hollywood parking lot - it might even be cheaper than parking!

With all the buzz about sustainable building, and great strides in green technology, you might think that renewable energy and other innovative solutions are now accessible to all homeowners - because why not? Well it turns out that where you live has lot to do with what options are available.

In the first of two events this week, Property Brothers' Jonathan Scott hosts a screening and panel discussion of his documentary 'Power Trip', a film that explores energy options for homeowners across the country and quickly finds how little choice the public has in how they source their energy. A panel following the screening will discuss the obstacles, inequities and opportunities facing solar consumers in California. PBS SoCal, CALSSA, Solar Rights Alliance, and KQED are co-presenters of the event and say that a focus will be on “equity and environmental justice" and "the burden of fossil fuel pollution on people of color and low-income communities.”

Solutions of the Year

'Solutions of the Year: How Cities Can Promote Environmental Justice in Underserved Neighborhoods' is a discussion about nimble approaches by cities and communities to sustainability and renewable energy, in the absence of federal leadership to protect the environment. Panelists are: Deepali Srivastava, Daphany Rose Sanchez, Michael Mendez and Matthew Tucker. The discussion is presented by Next City, a nonprofit civic news organization focused on getting the word out on ways to make cities more equitable. Hear about innovations that include: electric school buses that reduce diesel pollution and send energy back to the city grid while charging; versatile and temporary installations that turn vacant properties into healthy, usable public spaces; programs that give low-income residents increased access to renewable energy; and more.

Tickets: Pay what you can. This event is also a fundraiser for Next City. 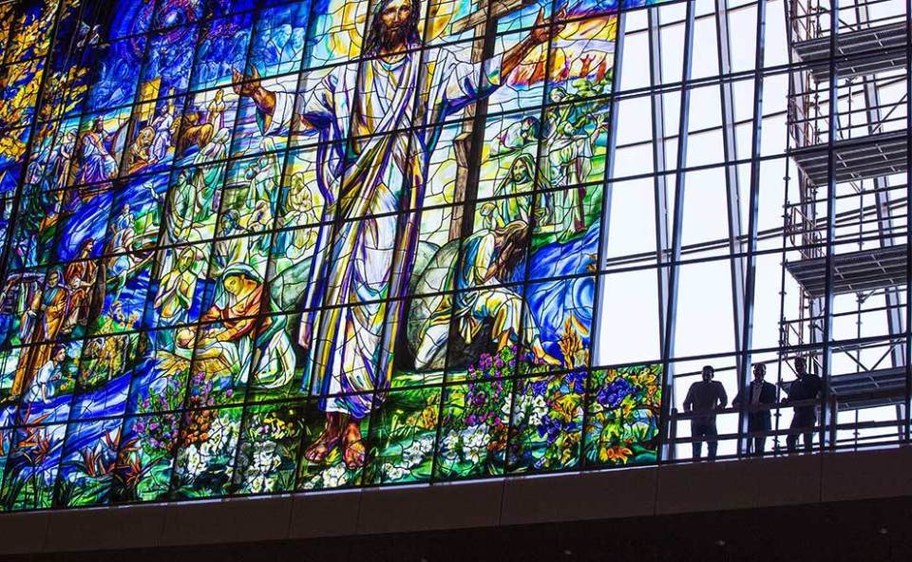 2) Stained Glass from Gothic to Street Style, a conversation with David Judson and Steffie Nelson

At 124 years old, Judson Studios is the oldest family-owned stained glass studio in America. Their first ever comprehensive exhibition was scheduled to open at Forest Lawn Museum in April 2020, but was postponed due to COVID.

While the exhibition, Judson Studios: Stained Glass from Gothic to Street Style, has yet to open, Forest Lawn Museum is hosting a virtual event celebrating the work of Judson Studios. Fifth generation president David Judson and writer Steffie Nelson, co-authors of their new book, JUDSON: Innovation in Stained Glass(Angel City Press), will sit down for a conversation about the 124-year old Highland Park studio, moderated by Museum Director James Fishburne.

The book, published in March, shines a light on the contemporary and historic practices of stained glass. It charts the history of this world-renowned family of artisans who began crafting stained glass windows in Los Angeles in 1897, including working with Frank Lloyd Wright on Hollyhock House in the 1920s.

Gas stations are symbolic of Los Angeles and have been an incubator for innovative architecture across Southern California for the better part of a century. But as parity between electric and gas-powered vehicles approaches and climate change accelerates, this building type is ripe for reassessment.

That's according to Christopher Hawthorne, Chief Design Officer for the City of Los Angeles. He invited a group of architects and landscape architects to make proposals for an alternative energy infrastructure.

The schemes -- by Abalos + Sentkiewicz; Inaba Williams Architects; MOS Architects; Perkins + Will;
Spiegel Aihara Workshop (SAW); Woods Bagot -- will be presented and discussed for the first time at a virtual symposium Friday.

Pump to Plug addresses the challenges and opportunities posed — in urban, architectural and environmental terms — by the transition to electrified mobility. The teams were challenged to produce forward-looking proposals in three categories: the design of charging stations, the future of gas station sites across L.A., and charging facilities for an electrified long-haul trucking fleet.

This is presented in collaboration with the 3rd LA public-affairs series at USC's Academy in the Public Square and the Los Angeles Cleantech Incubator.

4) Age Before Beauty, an exhibition of LeRoy Neiman’s sketches from the set of the Rocky films

35 years after Rocky Balboa threw an uppercut to (spoiler alert) knockout Russia's Ivan Drago in Rocky IV comes 'Age Before Beauty', an exhibition of LeRoy Neiman’s sketches from the set of the Rocky films.

Neiman became a household name in postwar America through his drawings and sketches, often done live at sporting events and presented on television broadcasts. In 1982, Neiman was cast in Rocky II - fittingly - as a ringside sketch artist, and went on to have cameo rolls and continued sketching on set throughout the remainder of the series.

Staged at the historic Gleason's Boxing Gym in Brooklyn, NY, the online experience features 25 of Neiman's Rocky sketches positioned all over the gym—in the ring, on workout equipment, alongside sweaty communal gloves, storied memorabilia, and vintage LeRoy Neiman match posters.

“LeRoy loved being on set for the Rocky movies, which brought together so many of his favorite themes,” said Tara Zabor, executive director of The LeRoy Neiman and Janet Byrne Neiman Foundation, co-presenters of the exhibition with Seasons gallery. “Boxing, celebrity, friendship, underdogs... it’s all there on screen, in big, dramatic colors.”

When: Now through January 10 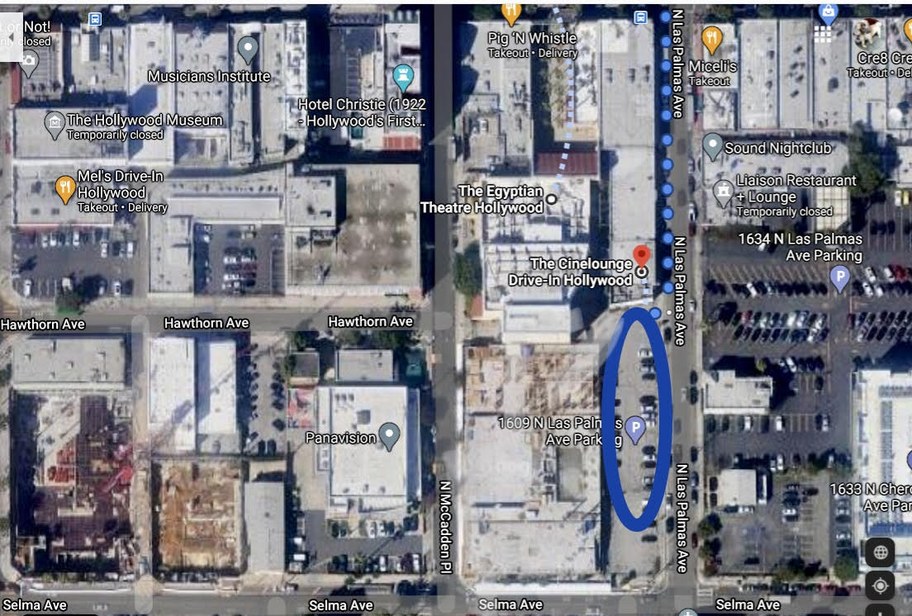 With theaters closed, Drive-In movies are the hottest ticket in town, and under-utilized parking lots across greater Los Angeles - including venues like the Rose Bowl and Santa Monica Airport - have been re-purposed to get in on the action.

But what about the more densely built neighborhoods? Enter a drive-in experience in the heart of Hollywood. Cinelounge Hollywood, known for arthouse, genre, and independent cinema, is using a parking lot behind the Egyptian Theater to host a 40 car, 7 nights-a-week Drive-In movie theater with a slate of new and classic films, and special event screenings. Additional plans for the outdoor space include laser light shows with DJ Lino Meoli, as well as art installations.  “Cinelounge Drive-In is aiming to offer daytime programming with talk-backs as well.  We are positioning ourselves as a fluid and flexible location," said Cinelounge CEO and founder Christian Meoli.

Tickets and concessions are available for purchase online in advance only. The venue holds only 40 cars, so tickets can sell out quickly.