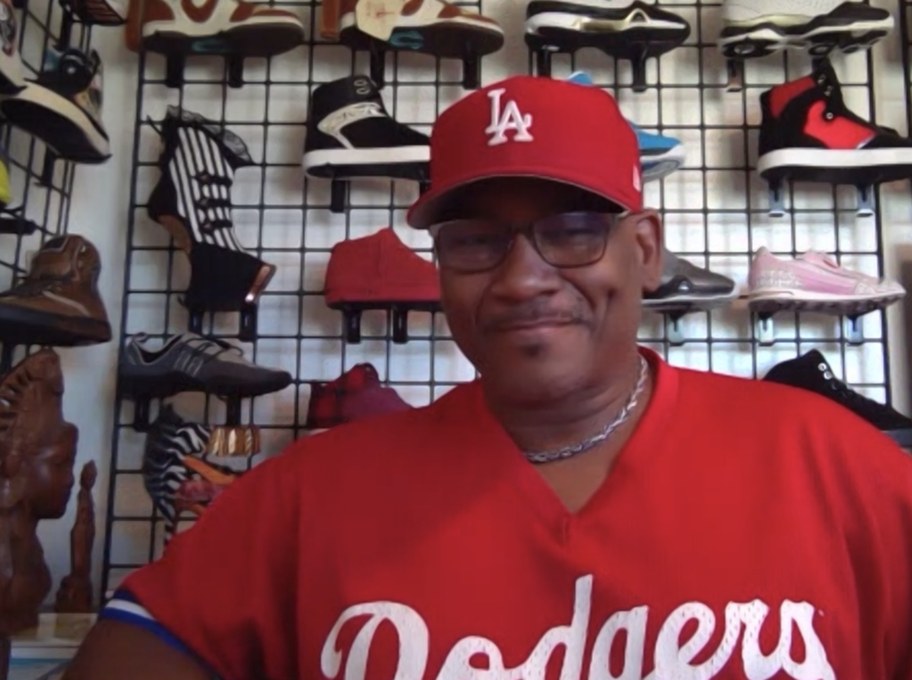 Design school is one of the many realms where racial inequity has played out. Roosevelt Brown, longtime footwear designer and associate professor of wearables and soft-goods at ArtCenter College of Design, wants to correct that. So the school will provide free Sneaker Science workshops to kids ages 11 through 18, with a particular focus on reaching teens in South LA. The idea is to encourage them to pursue higher education and, ultimately careers in the creative economy. Brown is leading the initiative with Aaron Bruce, chief diversity officer at ArtCenter. Together, the team is working with the South Los Angeles-based Brotherhood Crusade to enroll students in the workshop series.

Incidentally, the lack of diversity in the design professions is the subject of this Webinar, taking place this Friday.

Cost: Free; for information on how to enroll, email dei@artcenter.edu. 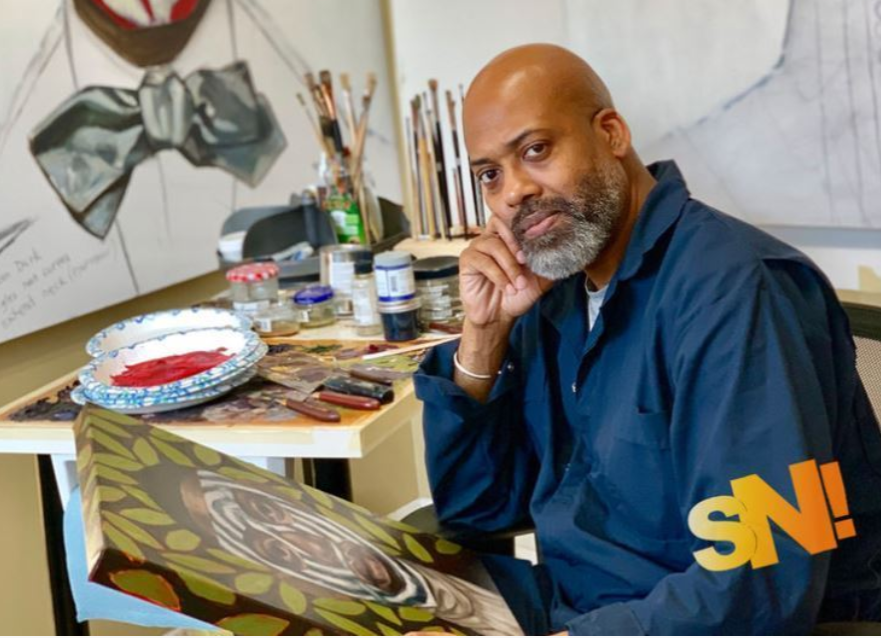 UTA Artist Space, together with curator Myrtis Bedolla, has launched its first-ever virtual exhibition with powerful paintings by 12 emerging black artists. "Renaissance: Noir investigates Blackness on the continuum of the historiographies of Black artists' narratives that assert, individually and collectively, their state-of-mind and state-of-being Black". Scroll through images of the artwork, and hear audio commentary from some of the artists. All of the pieces are for sale with a portion of the proceeds benefiting Artist Relief, which is supporting artists impacted by the current state of the economy. The artists featured in Renaissance: Noir are Tawny Chatmon, Wesley Clark, Alfred Conteh, Larry Cook, Morel Doucet, Monica Ikegwu, Ronald Jackson, M. Scott Johnson, Delita Martin, Arvie Smith, Nelson Stevens, and Felandus Thames.

When: Available now through July 3 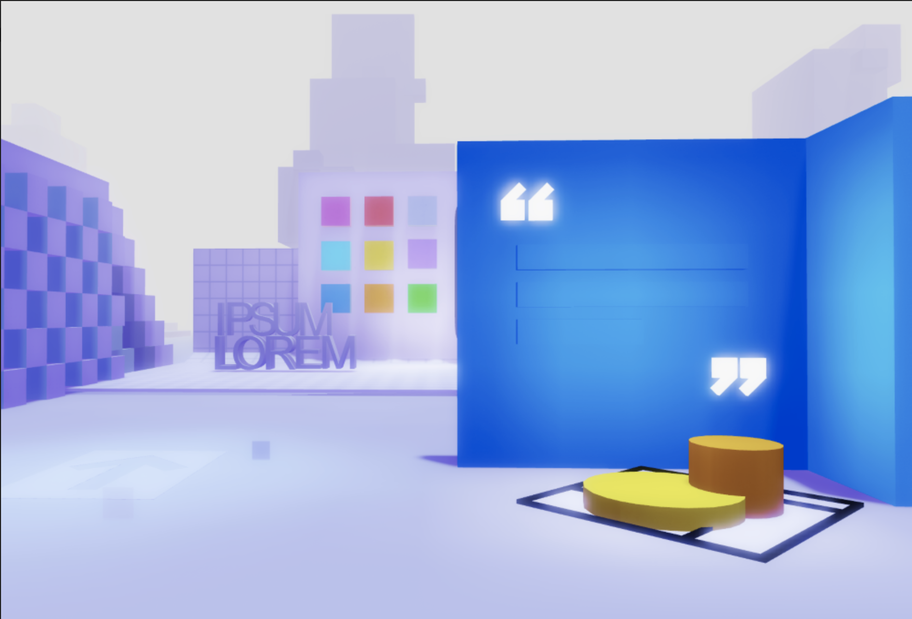 SFDW is an annual week-long, city-wide festival that showcases the "unique intersection of ideas, design, business & entrepreneurism that makes the Bay Area the birthplace of the future... coupled with the imaginative vision of contemporary design and state-of-the-art technology". That is all being tested now, as the SFDW moves online and hopes you will join them there. An all-access pass gets you entry to numerous talks with designers including Yves Behar, founder of fuseproject (Wednesday) and Schessa Garbutt, founder of Firebrand, who will address design and Black Lives Matter (Friday). Also, wander around the ROBLOX-designed virtual meet-up space, tour the "vivid world" of Ken Fulk and discuss the post-Covid future of good design.

When: Now through June 25

In normal times, with normal traffic, appreciating the span of Los Angeles from the coast to the mountains, or driving along iconic roads and through sections of town might be easier said than done. While traffic may be starting to reappear as Los Angeles begins to reopen, there's still time to take advantage of the 'relatively' open roads and explore some spaces you may have seen only on the silver screen.

Mulholland Drive: Famous for its expansive vistas over the San Fernando Valley, the LA Basin and Hollywood sign - and its featured role in many Hollywood movies - Mulholland Drive may be one of the best ways to see the City east of the 405. Start at the 101 Fwy and head west for 14 miles. You'll have to stop when the road turns into a dirt trail - or feel free to get outside and join the hikers. You can see Jay Leno cruising Mulholland Drive in classic cars here.

Scene-ic: To capture the LA scene, drive the Sunset Strip between Crescent Heights and Doheny (1.5 miles), Hollywood Blvd between La Brea and Vine (1 mile), and Wilshire Blvd from DTLA to PCH (sort of: when Wilshire ends, turn right on Ocean Avenue to Califonia Avenue where you can turn left down the historic - and newly renovated - California Incline - also one of the best views in the city - to PCH) (16 miles).

Coastal: Some of the most glistening views in the world sit along Los Angeles County's 75 miles of coastline, so crank up the Beach Boys (or whatever your preference) and wind along the cliffs and waves. Try the Palos Verdes Peninsula (12.2 miles) and PCH - Santa Monica to Zuma Beach (17.8 miles).

Mountains: With whitecaps as little as an hour from snow caps (well maybe not this time of year), the mountains are a great getaway without being far away. The Angeles Crest Scenic Byway runs 55 miles along the San Gabriel Mountains - past misty valleys, forests and even desert. Reasons to Pull Over: Spend some time at nearby Jackson Lake, take to a hiking trail, or check out the view from the Mt. Wilson Observatory. Start in La Cañada Flintridgeand take Highway 2 into Angeles Crest Forest.

Where: From the coast to the mountains and iconic roads in between 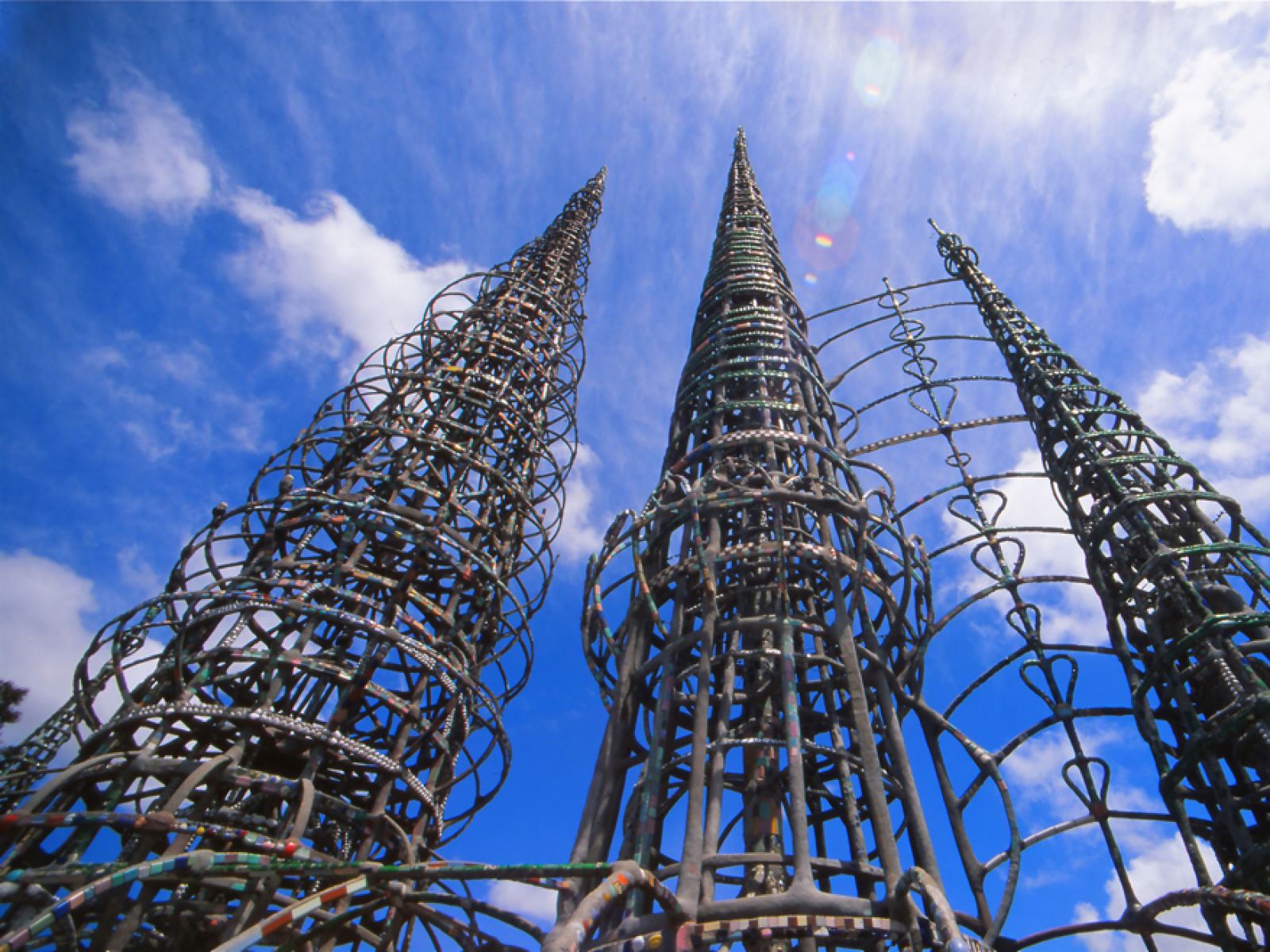 Here are some art exhibits you can see right now in the real - not virtual - world.  From the Watts Towers to the Gabba Gallery's community brightening project, these exhibits are all available for your viewing in the Covid-safer outdoors, with minimal crowds at any given time.

Watts Towers - The Watts Towers, Towers of Simon Rodia, or Nuestro Pueblo ("our town" in Spanish) are a collection of 17 interconnected sculptural towers, architectural structures, and individual sculptural features and mosaics within the site of the artist's original residential property in Watts, Los Angeles. You can read more here.

The Alley Project - Gabba Alley Project began in 2014 when gallery owner Jason Ostro, dismayed by the prevalence of graffiti and trash in the neighborhood, decided to take action. He had a vision of turning “blight to bright” by decorating local alleys with colorful artwork. He began by painting a mural himself in collaboration with street artist Andrea LaHue (aka Random Act). Before long their single mural of flowers had blossomed into a movement...you can read more here.

Pico Blvd Murals, Santa Monica - Santa Monica is an arts and culture hub, home to 130+ street art murals all within its 8.3 square miles and eight neighborhoods. The murals are brought to life by a combination of different entities from the City of Santa Monica, local business improvement districts, private groups/people as well as Beautify Earth. Beautify Earth is a non-profit whose mission is to transform every wall into a beautiful piece of art. Responsible for a majority of the murals in Santa Monica, they began adorning walls along Lincoln Boulevard six years ago and have since grown to an international movement. You can read more here.

Where: All over Los Angeles. Click on links associated with each location for mapping.