The new Tesla Cybertruck is scheduled for production in late 2021. Photo credit: Tesla

This week: Catch an in-person glimpse of the new Tesla Cybertruck at Petersen Automotive Museum; explore ways to achieve equality and diversity in design and architecture; vote for your favorite art in public space (no white generals on horseback!); hear from Vanity Fair photographer Firooz Zahedi at Annenberg Space for Photography's final, virtual, event; and go to Photo LA's online photo fair.

In celebration of their reopening, the Petersen Automotive Museum has partnered with Tesla to bring its recently announced Cybertruck to the museum for just one week. Through June 26, guests of the museum can view Tesla's newest prototype electric vehicle during its first stationary public display. Few car companies grab the headlines like Tesla and its owner Elon Musk, and the flattering ones are largely due to Musk's exciting synthesis of technology and design. The Cybertruck, due to start production in late 2021, looks like something out of Blade Runner. With its sharp-edged, flat-paneled exoskeleton made of stainless steel and armored glass, the all-electric vehicle was designed to offer the utility of a pickup truck with the performance of a sports car. The vehicle can accelerate from 0-60 mph in 2.9 seconds, tow up to 14,000 pounds and travel 500-plus miles on a single charge - but no, Spinner echoes notwithstanding, it can't fly.

When: On view now through Sunday, July 5 (check the museum's COVID - 19 Health and Safety Policies). 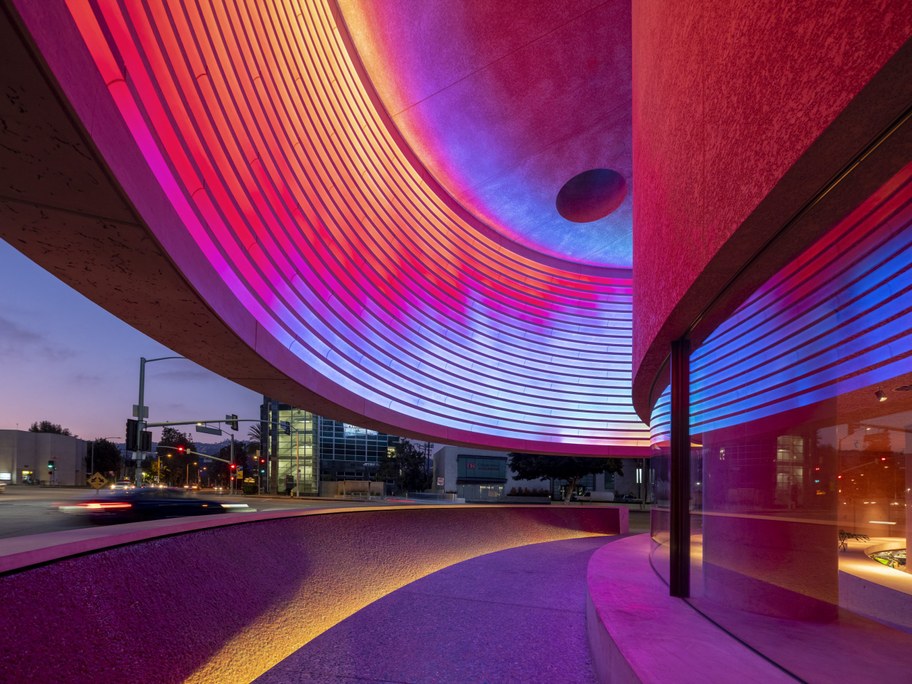 'Narrative Light Wall' by artist Kahlil Joseph, at The Webster boutique, designed by architect David Adjaye, at the Beverly Center.

The current controversy surrounding statues and monuments to slavery and the Confederacy raises a question: what kinds of sculptures and other art installations should occupy public space? One way to think about it is by adding your vote in the People's Choice CODAaward.

CODAworx is a membership-based, online database that connects artists, de­sign­ers, and fabricators with cities and developers who commission artwork. It gives an annual, juried, award for top public art projects globally and also holds a people's vote. 100 artworks were long-listed from 446 entries by a jury including Cindy Allen (EIC, Interior Design), Lisa Kim (Director, Ford Gallery), and Jennifer Kolstad (Chair, American Society of Interior Design). The two installations that receive the most votes from the public win a People's Choice CODAaward.  Submissions include art, completed since 2017, that has been incorporated into landscape, residential, healthcare, commercial, transit, religious and many other public spaces. You won't find any depictions of white generals on horseback, nor even much other representational sculpture ; most of the artworks are abstract. Eleven of 100 finalists in this year's competition are in California, including Kahlil Joseph's Narrative Light Wall at the David Adjaye-designed Webster boutique in West Hollywood (above). 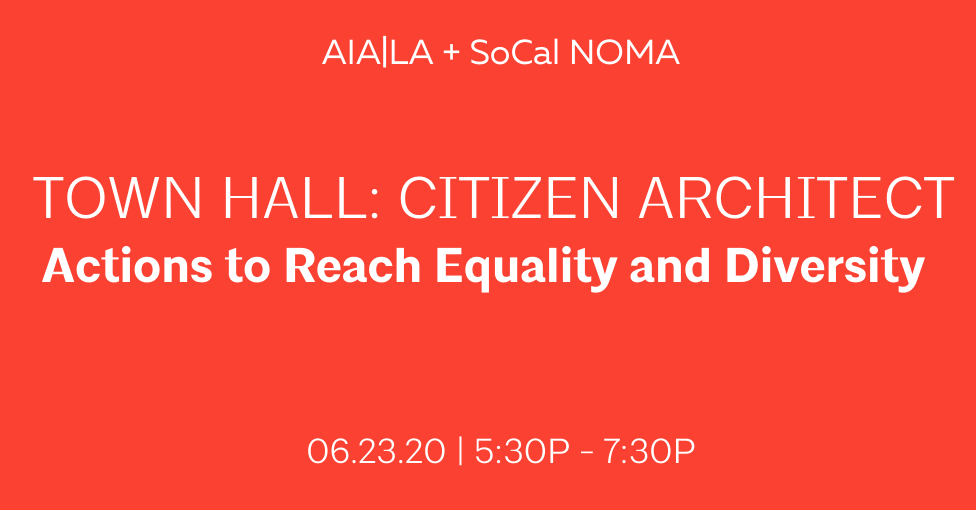 Two weeks ago, hundreds of people involved in the built environment participated in a town hall on racial injustice put on by the AIA|LA and SoCal NOMA. You can watch that conversation here. This week, join the follow-up discussion to explore actions that organizations, firms, architects, designers and students of design can take to achieve racial equality at work, in our communities and with our civic institutions. Specific areas of discussion will include: how to redress the current low level of Black representation in the architecture profession and create professional opportunities; how to support communities through Architecture; and how to advocate for changes at the civic level. Each discussion will be moderated by leadership from SoCal NOMA and AIA|LA and result in concrete action steps that will be used to inform a framework for change by both organizations. You can read more about the structure for the event here.

Where: You can register for the Zoom townhall here. 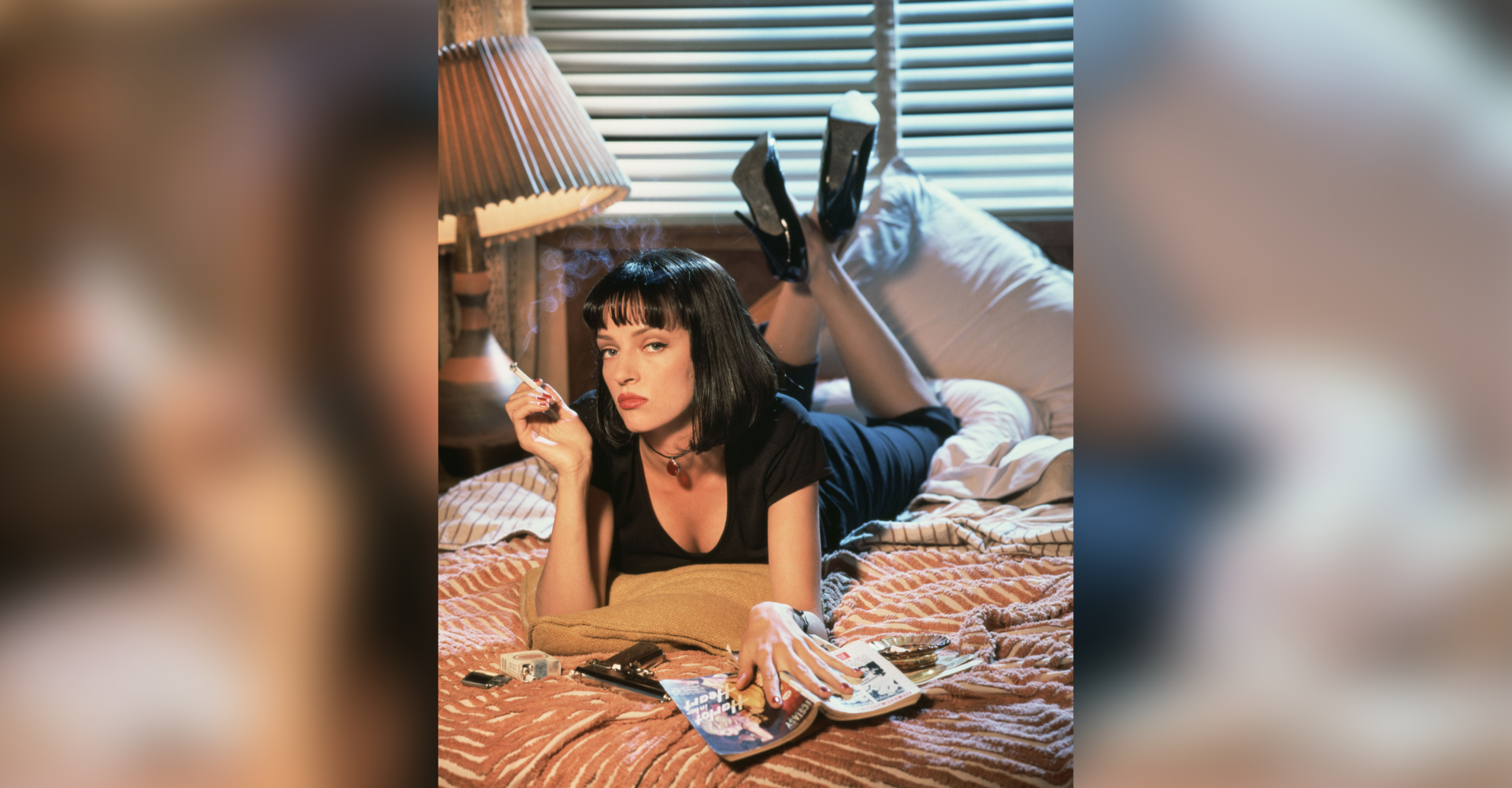 Uma Thurman, star of Quention Tarantino's Pulp Fiction, is capture by Vanity Fair in this photo by Firooz Zahedi

Vanity Fair: Hollywood Calling, an exhibition of four decades of glamour in film and television as seen through Vanity Fair photographs and covers, had barely opened at the Annenberg Space for Photography before it was closed in mid-March due to COVID restrictions. In lieu of a physical museum space, Annenberg launched The Vanity Fair Talks, a series of conversations between lauded Vanity Fair photographers and the publication’s current and former editors. In this final installment, Susan White, the exhibition's co-curator and former VF Photography Director, speaks with Firooz Zahedi. Zahedi's career in grand glam included a stint as Elizabeth Taylor's personal photographer. Take a virtual tour of the exhibition here.

Note that this will likely be the last event from this gem of a photography and cultural museum (DnA's Frances Anderton curated the Sink Or Swim exhibition there in 2013/14). The Annenberg Space for Photography has announced it will close permanently. Read the announcement from Wallis Annenberg, Chairman of the Board, President and CEO of the Annenberg Foundation, here.

Where: You can register for the Zoom webinar here.

Photo LA has reimagined the physical fair space to digitally connect galleries and private dealers, collectors, photographers and enthusiasts from around the globe. The virtual photo fair will play host to over forty exhibitors with interactive 3D booths, live programming with Q & A sessions, networking with other attendees, exhibitors and program presenters, coffee and cocktail rooms, and the FOCUS Photo LA competition winners. You can learn more about connecting to the fair, the exhibitors and programming here.

Where: Connect to the event via the Whova app which you can download here or on the Photo L.A. website here.