The George and Millie Ablin House in Bakersfield, shown here in 2004, is one of five Frank Lloyd Wright homes that will open to the public for a fundraising tour. Guo Pei's designs are visual striking and technically exquisite, but not alway easy to wear - and that's fine by her.

1) Guo Pei: Couture Beyond - Extended due to popular demand

Chinese couturière designer Guo Pei was born in the late 1960s, during the cultural revolution. Her grandmother told her stories of the splendid clothing of the Qing dynasty. She grew up to reject the austerity of the Maoist years and now creates extraordinary and technically exquisite 'costumes' for those that can afford dresses laden with Swarovski crystals or fabricated from gilded, woven bamboo.

The Bowers Museum in Santa Ana's stunning exhibition, Guo Pei: Couture Beyond, features 40 pieces from her boldest runway shows that underscore the artistic, structural and fantastical nature of her work.  The show has been such a hit they've extended it through July 21. Catch it while you can. Read or listen to KCRW's ArtTalk host Edward Goldman's thoughts on the exhibition here.

When: Exhibition extended through Sunday, July 21.

Also this week, you can watch PBS on Monday, July 8 at 7PM to catch LAaRT host Maria Hall-Brown in a rare interview with the designer, as she shares personal insights into her process and the making of the exhibition "Guo Pei: Couture Beyond." 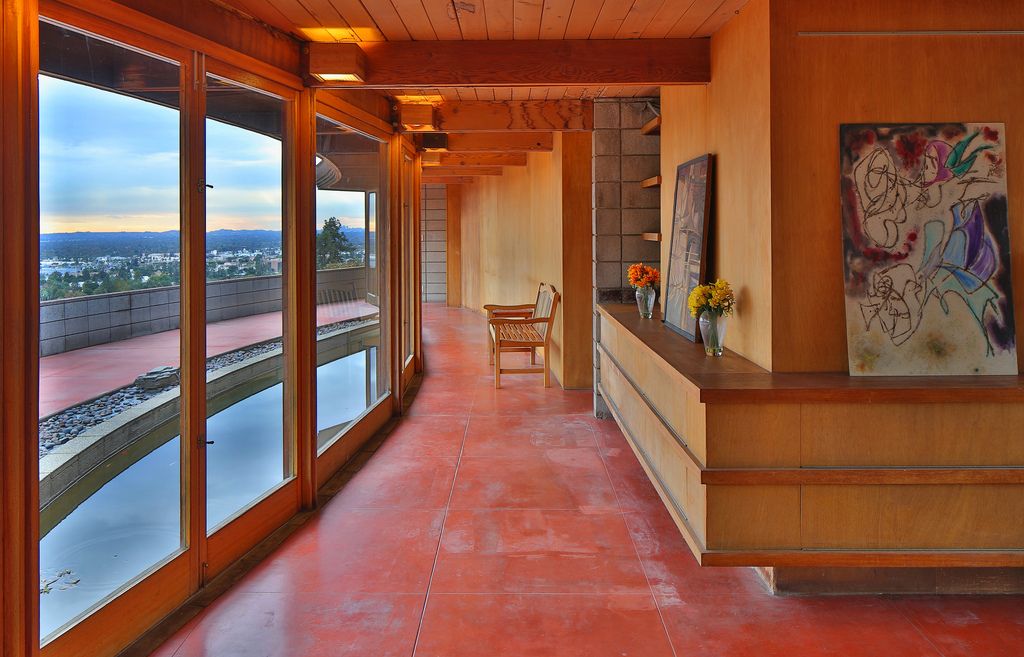 Frank Lloyd Wright might be best known for his Prairie-style homes primarily in the American Midwest and East, but the noted architect built nearly 30 homes in California, including the Hollyhock House in Barnsdall Art Park, which was just added to UNESCO's World Heritage List, along with seven other buildings by Wright.  This month, five Wright-designed private California residences will be open to the public, including several which illustrate Wright's concept that he termed Usonian design. This "design for easy living" created informal indoor and outdoor spaces and streamlined building practices to save on costs. The horizontal nature of Wright's designs would ultimately be very influential in the development and popularity of ranch houses in the 1950s through the 1970s. The Wilbur Pearce House and the George and Millie Ablin House are open this weekend.

When: Saturday and Sunday, July 13 and 14; tours start at 2:30 (additional tours through July here)

Tickets: $150 / $100 AIA Members/Students (each tour). The cost is a donation to the Frank Lloyd Wright Revival Initiative, a nonprofit organization that seeks to rebuild and renovate the architect’s work around the country. You can find tickets here.

Carolwood Barn was originally built in 1950 as a control center for a miniature railroad in the backyard of Walt Disney's Holmby Hills home. Since 1999 it has served as a railroad museum that sits alongside the 1/8 scale train that runs through Travel Town in Griffith Park. The Carolwood Foundation invites you to celebrate 20 years of this storied structure.  Events include a panel discussion of how the Walt Disney’s Carolwood Barn was saved when the Disney home was sold, BBQ, raffle and live auction, live music and a special surprise announcement.

The highlight of the evening will be the presentation of the Carolwood Foundation Hearts & Heritage Awards. It recognizes those who have made significant and lasting contributions to Walt Disney’s railroad legacy. 4) Where The Sea Remembers: Art by the Vietnamese diaspora

Where The Sea Remembers, at The Mistake Room, features work by 15 artists and collectives from Vietnam and its diaspora. Curators took the title from the name of a song known amongst people who fled Vietnam after the end of the war in 1975. It was often sung as a farewell by those staying behind in the refugee camps to those who were discharged and "foregrounds the painful separation of exile." The exhibition will be accompanied by talks and screenings staged throughout its duration.

An Asian American contingent in an anti-Vietnam War march on Wilshire Blvd. in Los Angeles, May 1, 1972. Photo by Eddie Wong.

5) Building the Asian American Movement: Then and Now

Museums are increasingly adding social and political activism to their schedules of events. A panel at the Japanese-American museum in Little Tokyo will take a cross-generational look at the challenges and opportunities Asian American communities face as they continue to grow and engage in political action around causes including the fight against gentrification, organizing immigrant workers and other political campaigns. Eddie Wong, co-founder of Visual Communications, the first Asian Pacific American media organization in the country, will highlight the visual dimensions of protest, and will moderate a conversation with Florante Ibanez, Miya Iwataki, Sandy Maeshiro, Tiffany Do, Frances Huynh, Sophia Cheng, Jonathan Paik, and Sophia Cheng.