Attendees at the preview of Lari Pittman's "Declaration of Independence" at The Hammer museum. Photo by Frances Anderton.

This week: engage in clean talk about dirty air; party like it's 1990 at CAAM's "Cross Colours" opening night; sip in the essence of old Hollywood; contemplate the complexity (and simplicity) of WALLS; and lap up the maximalist paintings of Lari Pittman. 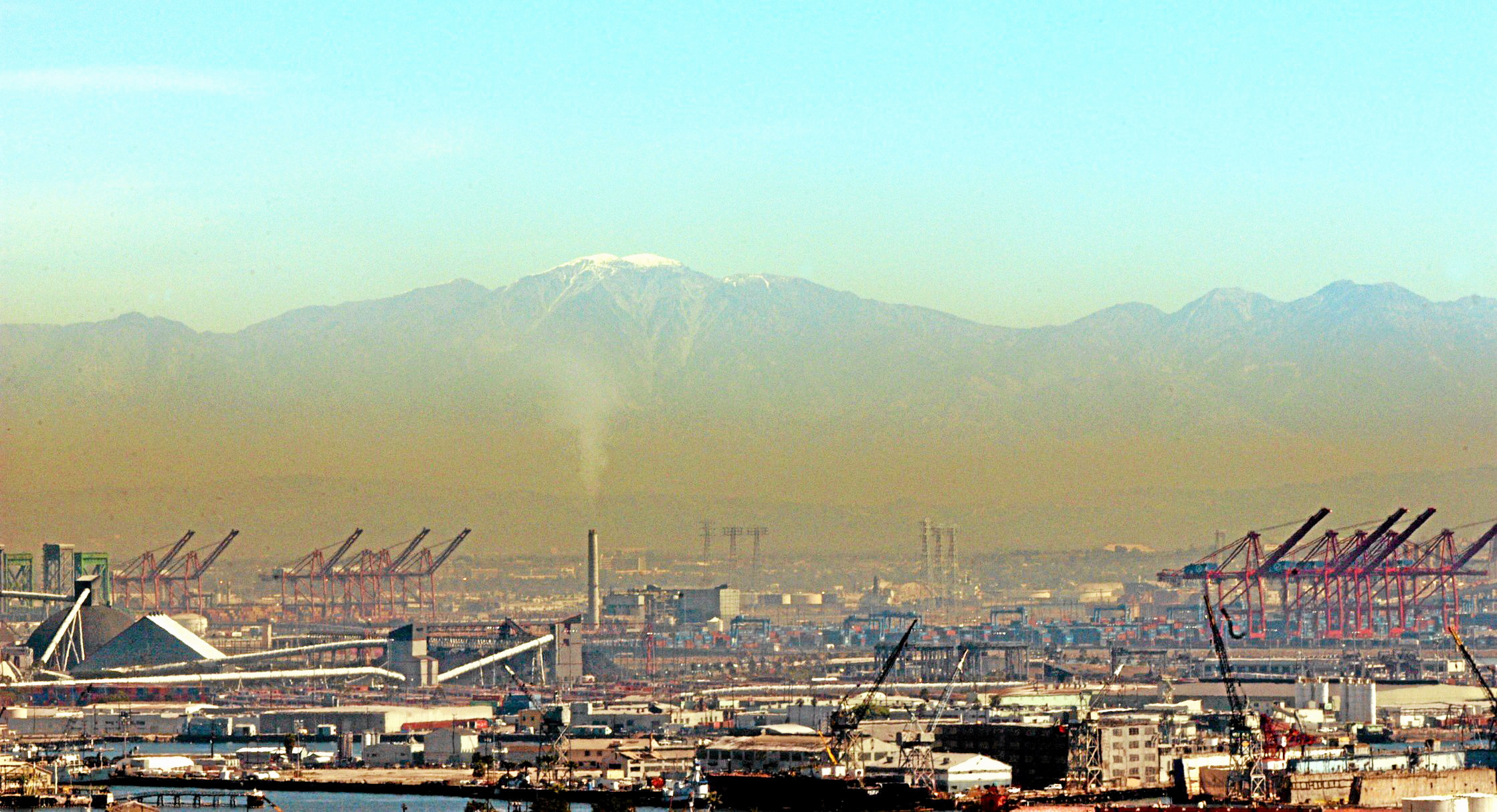 The LA-Long Beach metropolitan area has been ranked worst in the nation for ozone pollution -- for the 19th time. It makes the top 10 for worst year-round and short-term particle pollution. That’s despite the Clean Air Act of the 1970s that set some of the highest standards in the world for air pollution control in the state of California. This foul air has profound effects on human health and quality of life. So what’s causing this toxic soup and can the skies be cleaned up? Get some answers at this constructive conversation about battling poor air quality. (Listen to Rachel talking about her new role as chief city forester, on this DnA.) Party like it's 1990 on Wednesday night. That's when CAAM (California African American Museum) celebrates the opening of four new exhibitions, including Cross Colours: Black Fashion in the 20th Century. Cross Colours explores the impact of the urban apparel line founded by Angelenos Carl Jones and T.J. Walker that exploded when Will Smith paraded the bold hues and designs in the 1990 first season of The Fresh Prince of Bel Air. Curators Tyree Boyd-Pates and Taylor Bythewood-Porter explore the brand's role in breaking color barriers in the field of men’s apparel.

Don your '90s hip hop gear, practice old-school moves like The Cabbage Patch and The Humpty Dance, and enjoy DJ sets by Jasmine Solano and Earry Hall and performances by Timothy Washington and Culture Shock.

Where: Corner of Figueroa Street and Exposition Boulevard, west of the 110 Freeway. Enter parking lot at 39th and Figueroa (Cash only parking: $12; $15 after 5pm); or Ride Expo Line to Expo Park/USC. 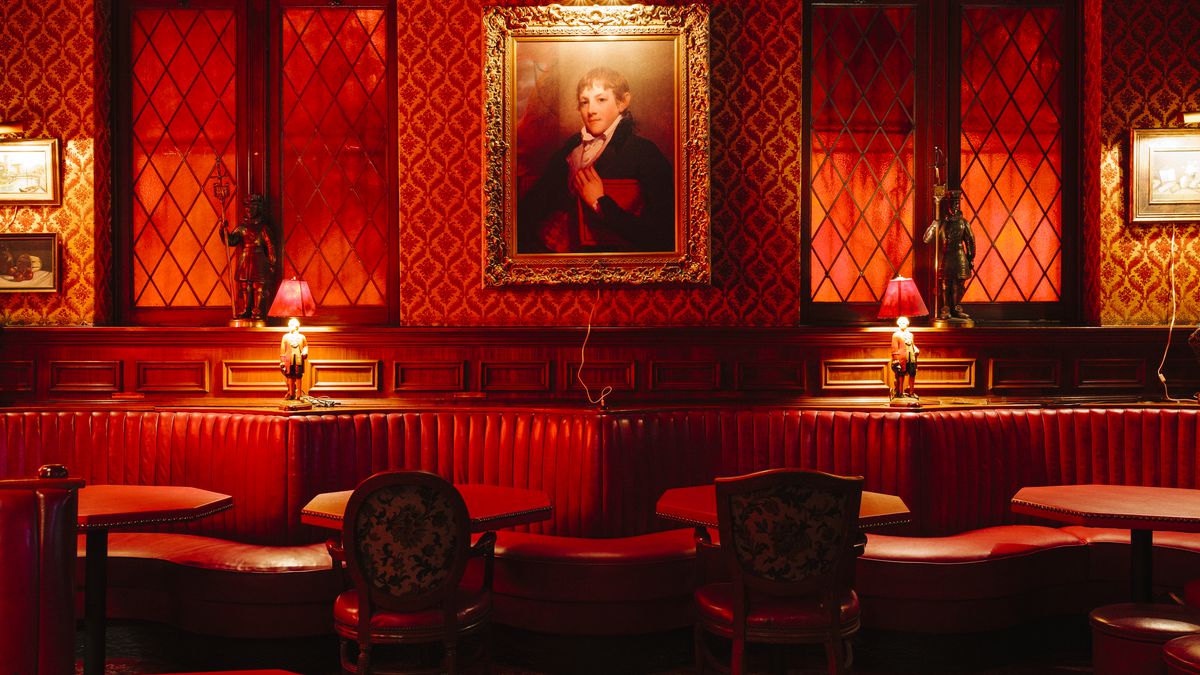 3) "Cocktails in Historic Places" at the Prince in Koreatown

The Tudor Revival-style Windsor apartment building at 7th and Catalina, known as the Prince, was built in 1926 as an upscale apartment hotel in what was then suburban Los Angeles. "It's a distinctive example of the great apartment buildings that characterized the neighborhood at the time,” said Linda Dishman, executive director of the Los Angeles Conservancy.

The apartment building has been updated and has changed owners since the 1920s, but what hasn't changed much are the crimson leather booths, the gilded wallpaper of the downstairs restaurant and the horseshoe mahogany bar, opened as the Windsor in the 1940s by famed restaurateur Ben Dimsdale. Re-christened the Prince by new ownership in 1991, the street-level restaurant changed its fare to Korean food, but maintained its 1940s vintage authenticity, complete with the miniature Beefeater statues.

Learn more about the bar's storied history at Cocktails in Historic Places® at the Prince in Koreatown, hosted by the Art Deco Society of Los Angeles. 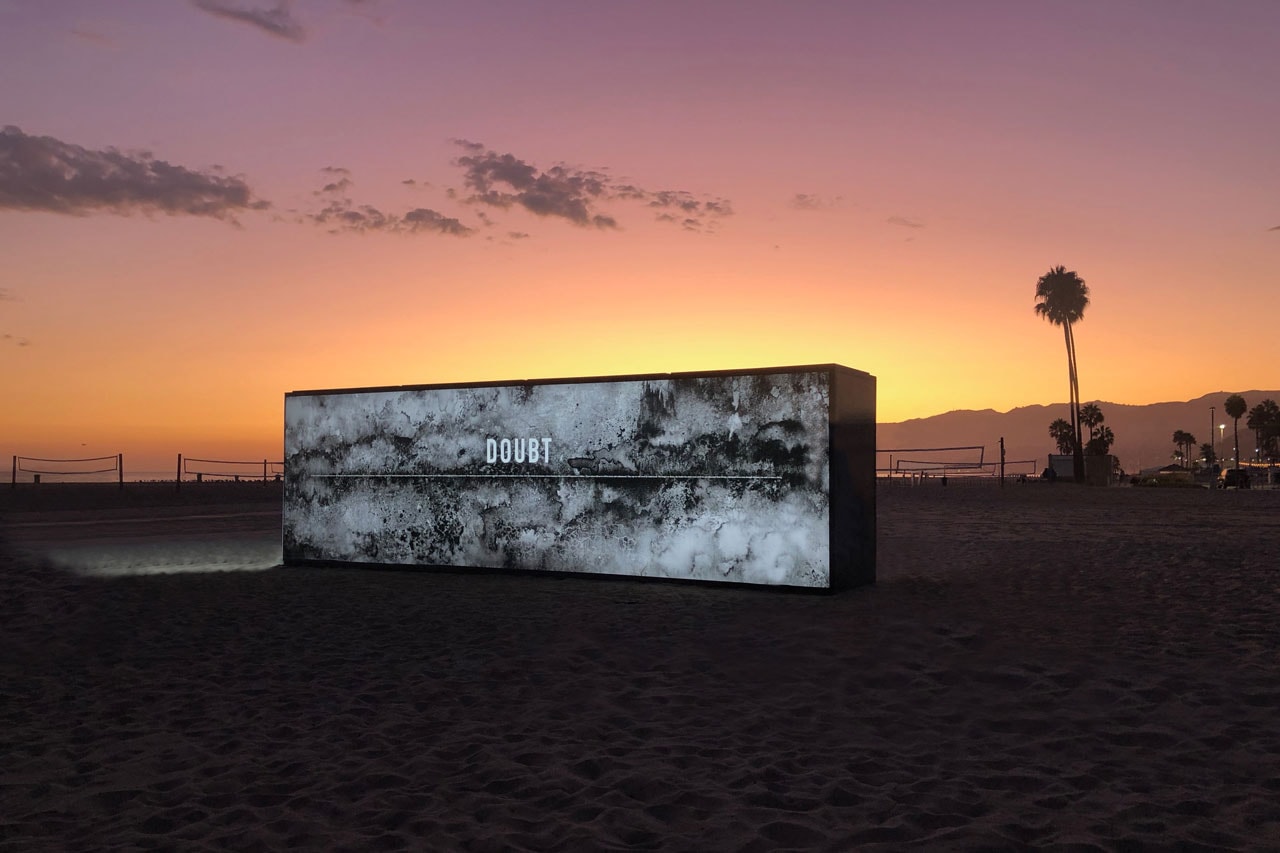 4) W|ALLS: Defend, Divide, and the Divine

W|ALLS: Defend, Divide, and the Divine explores civilization’s relationship with barriers, both real and imagined. This exhibit, featuring over 70 artists and photographers, explores the artistic, social, political, and historical aspects of walls through six sections: Delineation, Defense, Deterrent, The Divine, Decoration, and The Invisible. These categories overlap and change meaning according to context, much like the walls themselves: erected for one reason, their appearance and use is then altered and modified over centuries, reflecting the civilizations that have grown and changed around them. The show is curated by Dr. Jen Sudul Edwards, the Chief Curator and Curator of Contemporary Art at the Mint Museum in Charlotte, North Carolina.

Also, experience Light the Barricades, an interactive public art experience by Candy Chang and James A. Reeves that reimagines the wall as a site for contemplating our inner obstructions.

(For DnA's take on walls, check out our series Bridges and Walls.)

Where: Annenberg Space for Photography, 2000 Avenue of the Stars, Los Angeles 90067

Tickets: Free. Significantly discounted parking is available under the building, accessible from Constellation and Olympic Boulevards. Colombia-raised, LA-based painter and beloved UCLA art teacher Lari Pittman has been a presence in the L.A. art scene since the early 1990s. Now you can find an eye-popping retrospective of the artist's work at The Hammer, featuring 80 paintings and 50 works on paper, many of them huge, most of them layered with rich color, texture and symbolism.

Influenced by the AIDS crisis and the punk scene of the early 1990s, Pittman's paintings explores themes -- love, sex, feminism, gender, citizenship and race -- that resonate today. The interest he receives from younger artists, says Pittman, makes him now "a church elder of sorts." His works are also saturated with ornament and decoration. Shown above is Pittman in his "non-modernist" Orangerie (adapted from a 2010 installation at his longtime gallery Regen Projects) which features works on paper against vividly-patterned walls.

Coming up on KCRW soon: Lindsay Preston Zappas reviews the show on Greater LA; interviews with the artist will air on Press Play and DnA.

When: Exhibition runs through January 5, 2020