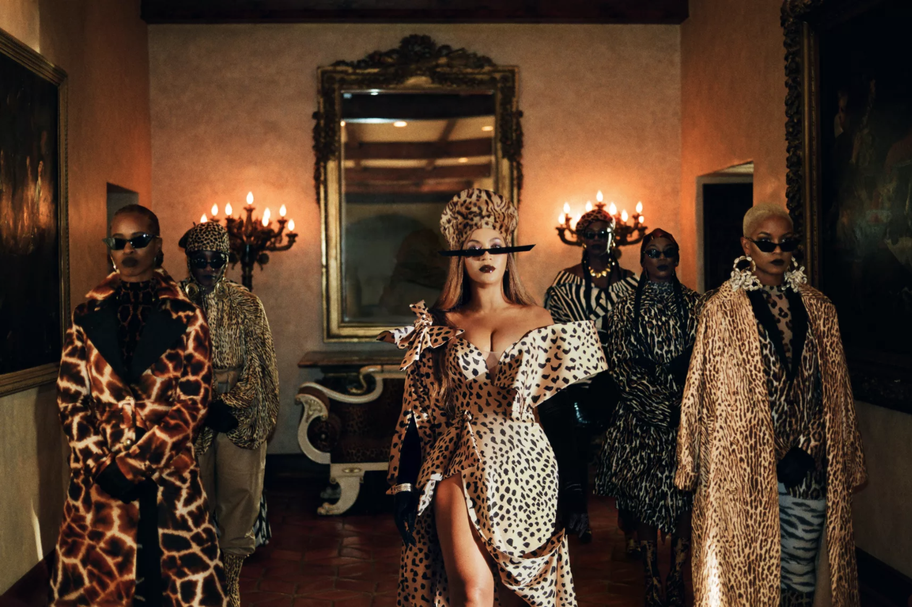 A still from “Mood 4 Eva,” one of the songs in the new visual album Black is King. Disney+

Could the timing be any more perfect for Beyoncé to release her visual and musical extravaganza Black Is King? CNET said it "could help save this sad excuse for a summer." Teen Vogue, in an excellent critique by Timmhotep Aku, calls it the "pinnacle of the Blackening or Africanization of Beyoncé’s pop aesthetic thus far" (even while drawing criticism for its tiger prints and apparent romanticization of a pre-colonial Africa), arriving when the George Floyd protests have raised global awareness of the "omnipresence of anti-Blackness in policing and policy."

The 86 minute spectacle combines pop art and fashion in a piece of musical cinema that also serves as a platform for numerous designers from the African diaspora, including Jerome LaMaar, Loza Maléombhoa, Alon Livné, Adama Ndiaye and Alexandrine. 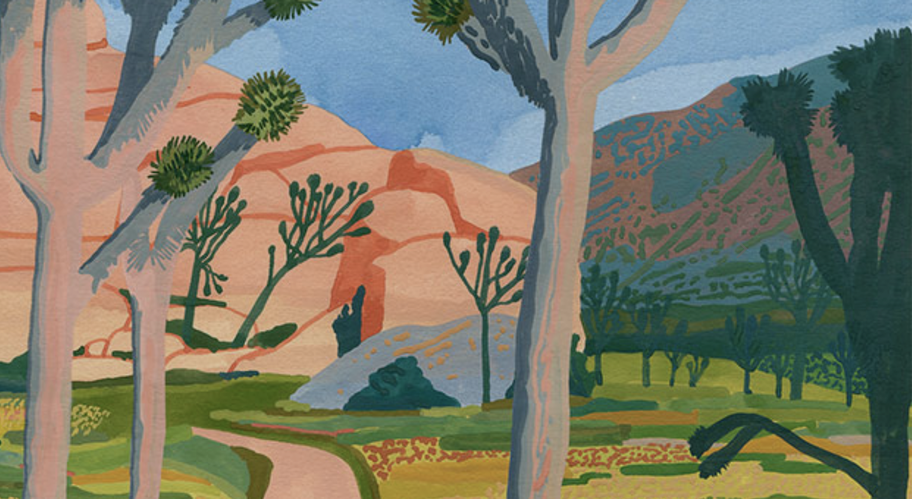 In an effort to maintain connectedness through art and design and promote Los Angeles-based artists, Helms Bakery District - in partnership with the Culver City Arts Foundation - is hosting and curating Projecting Possibilities. This is a video installation featuring a new artist each week for 52 weeks, projected at the entrance of the Helms Design Center from sunset until 2:00 am.

This week features Mandy Palasik, a designer interested in equitable community development and the domestic realm, with work manifesting in various scales and formations ranging from public art installations to affordable housing. About her work, Palasik says: "As an architect, writer, and artist, my multidisciplinary work begins with a concept – a story. I am intrigued and inspired by the space that surrounds us and the preconceived notions, implied boundaries, and collective memories associated with physical constructs." Next week, the featured artist is Ariel Lee, above. 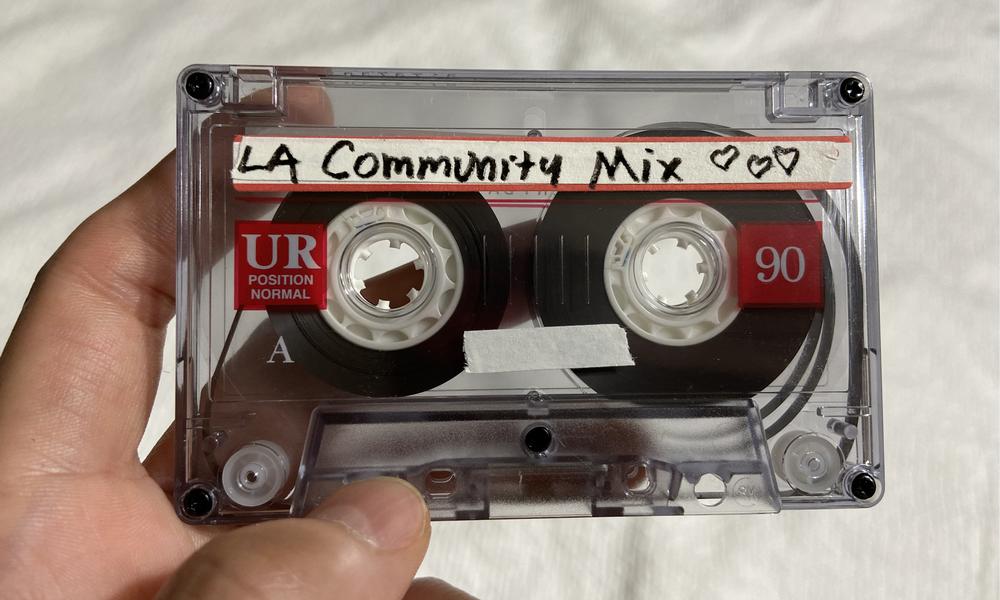 The new decade is barely out of the gate, and it seemed as though it has already been defined by two humungous events. Or has it? Find out at “Every. Thing. Changes.” Photo: LA Forum for Architecture and Urban Design

The Los Angeles Forum for Architecture and Urban Design, a nonprofit founded in 1987 with the goal of exploring the city as a laboratory. It had already planned a summer exhibition combined with a fundraiser featuring 20 new works by local artists exploring feelings and ideas about where the decade might take us. The Forum posed questions such as: "What is the most consequential, momentous issue in L.A. today: Public Health? Racism? Housing? Quality of life? Do we think in utopias or data sets? With feelings or with factors?" Of course two momentous events have altered plans and imaginaries. This Saturday you can witness the results in a mix of in-person viewings and an online opening. “Every. Thing. Changes.” is the outcome of a “call and response” process between five Los Angeles-based writers and five locally-based designers, who responded to texts from the writers. The 10 pairs then chose one additional collaborator each to bring into the process, for a total of 20 new visual and text-based works. The resulting works span from the "intensely personal to overarching", from "desperate concern" about what is happening right now to "inspired visions about what could be." Writer Sam Bloch, architects Julie and Frank Clementi-Hale and chef/artist Tory J. Lowitz are among participating artists.

Cost: Suggested donation $0 - $100. You can register for the online discussion and donate here. 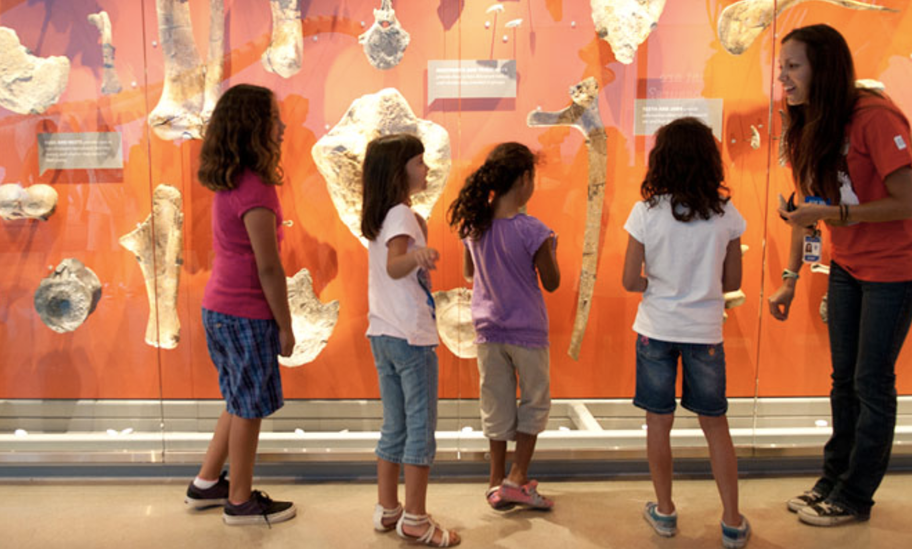 Kim Baer designer Nature Lab, an exhibit at the Natural History Museum of Los Angeles, which uses media and lively graphics to invite visitors to “put their nature eyes on.” Image courtesy KBDA.com

Kim Baer and her design firm KBDA have been helping you find your way around LA institutions including the Skirball and Natural History Museum in LA for three decades. Smart messaging, compelling visuals, and thoughtful design characterize projects whose outward simplicity belies what is often a complex organizational problem. Baer will explain her research-driven methodology this Wednesday.

Find more about the upcoming talks and YouTube videos of past talks, here. The lecture series is hosted by Gloria Kondrup, Executive Director, Hoffmitz Milken Center for Typography and Sean Adams, Chair, of Graphic Design

Where: Online. You can join the zoom conversation here. 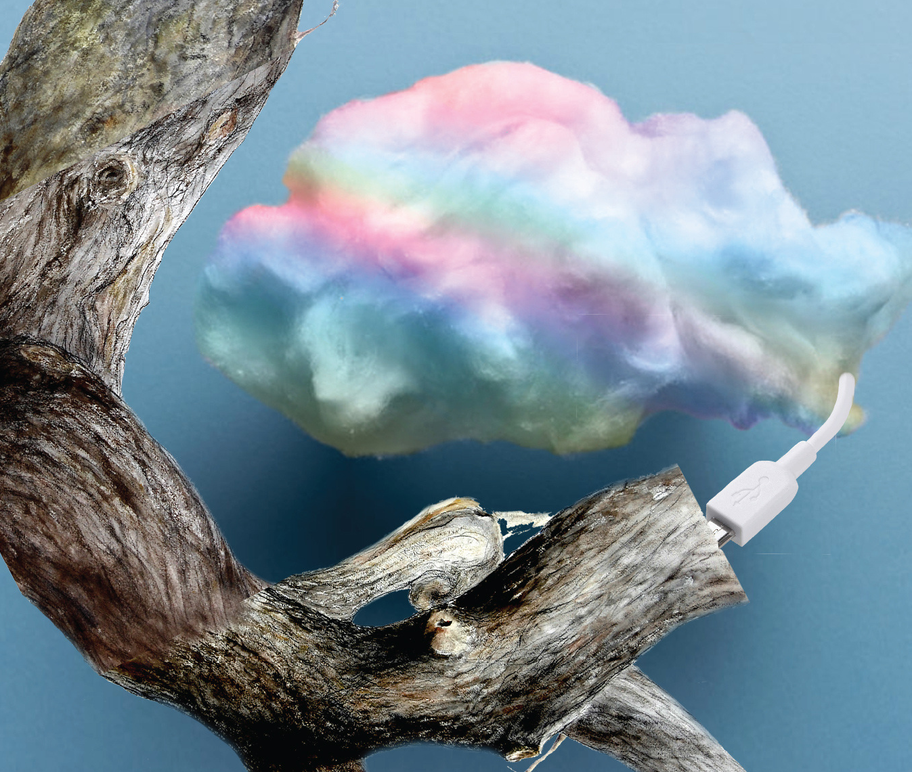 An image from The Future of Gallery Space by Anna Petrova Stevens and Jeffrey Stevens. "As museums switch to an online format, the immersive qualities of many pieces cannot simply be photographed and transferred to their new setting." Photo: A + D Museum

A+D Museum, a much-loved hangout for the design community in downtown LA, known for its multiple shows in its exposed brick warehouse space, has had to go online.

"The Future of ____ Space" is a visual response to the current global situation. A + D asked their audience, designers, artists and thinkers to consider "space", in the form of a digital exhibition taking on the following question: As physical space becomes a fractured concept and experience, permeated by risk, new means of engaging are arising. When 6 feet of space is the closest to physical proximity we’re allowed, digital frameworks and mental space can serve to bring us together. So how do we find connection when digital space becomes the safest option and what does all this mean for our mental, personal, public, private, and interior spaces?

Read more about the project here. Access the exhibition here.

Also, coming next week: Can LA design its way out of loneliness?

Loneliness was at epidemic levels in the US and many other industrial countries before the pandemic. Cars, suburban living and greater dependence for entertainment on screens, coupled with the growth of one-person households, have all contributed. COVID-19 and the shelter-in-place has only intensified a sense of isolation for many.

So this coming Tuesday, August 11, the Westside Urban Forum will “consider how the built environment, including temporary initiatives to expand outdoor dining, shopping, and physical activity during COVID, influences opportunities for social interaction. How can cities create spaces that are inclusive and designed to promote social cohesion?" I'll join a panel of experts in planning and social wellbeing, moderated by Anita Chandra, Vice President and Director, RAND Social and Economic Well-Being.

Find out about and get tickets, here.