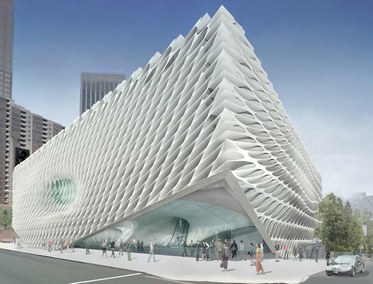 A few years ago, New York’s High Line architects Diller, Scofidio + Renfro won the commission to design Eli Broad’s art foundation, located opposite MOCA on Grand Avenue. The self-described, “unreasonable” Broad has not wasted a minute, and the Broad Art Foundation building is around halfway complete (we last checked in during January of 2011). Architect Charles Renfro was in LA last week, talking at Woodbury University about the firm’s work, which is known for its theatricality or what they describe as “mise-en-scene.” While there Frances sat down with Charles to talk about the project—from its conception to the status of its complex construction, and most importantly, what it can do for Grand Avenue. 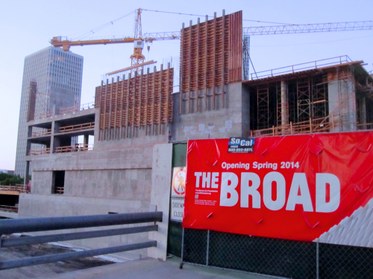 The Broad-in-progress, photo by Bennett Stein 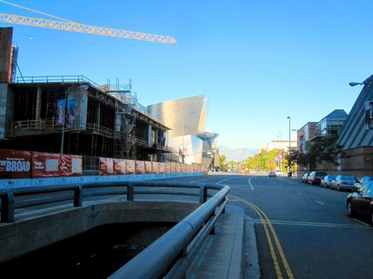 The "hole" in the middle of Grand Avenue, opposite The Broad, photo by Frances Anderton

Top image: A rendering of the completed building

Art and Architecture: A 'Cosmic' Fusion?

It's a design industry problem that was described by the New York Times as being “as irritating to furniture manufacturers as lice are to elementary school parents: a...

A 'Quasi Legal Skyscraper' in Pasadena

In Pasadena at One Colorado Court, you’ll find a “small skycraper” created by artist Chris Burden with architects Taalman Koch.

When LACMA's Resnick Pavilion was first opened, a lucky few art insiders got to see an artwork installed there by Walter De Maria. It was a piece that LACMA director Michael...