Art in the Streets, In and Out of the Art World Jeffrey Deitch says street art is the most important art movement since Pop Art, and has housed a pick of the best in a huge show at MOCA. When is a tag an artwork? Can illegal street art retain its impact on the walls of a museum? What about the street artists who have been left out? Hear from Jeffrey Deitch, Lee Quinones, Fab 5 Freddy, Shepard Fairey and Chaz Bojorquez. Also, Fabian Debora, Alison Camacho, Enrico Bressan and Tahmineh Javanbakht talk about a tote bag collaboration between Artecnica and Homeboy Industries that aims to give a voice to the graffiti work of ex-gang members. 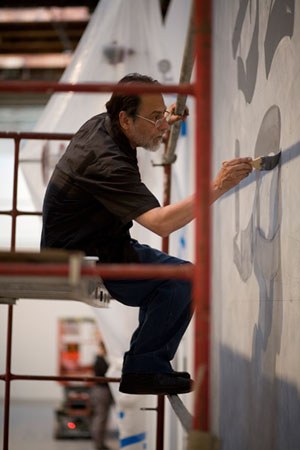 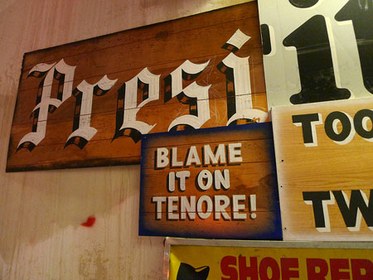 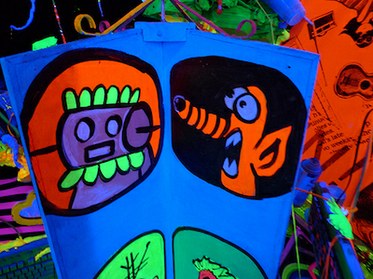 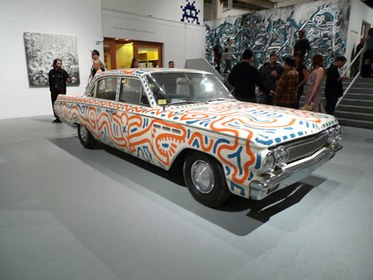 A hand-painted Mercedes by Keith Haring 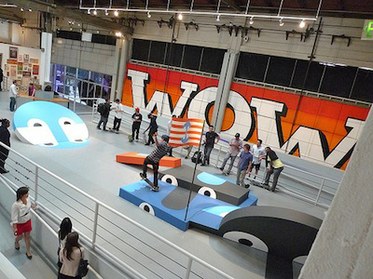 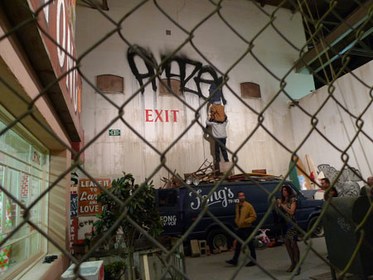 The exhibition features many homages to graffiti culture, like these animatronic taggers

Does Graffiti Belong in a Gallery?