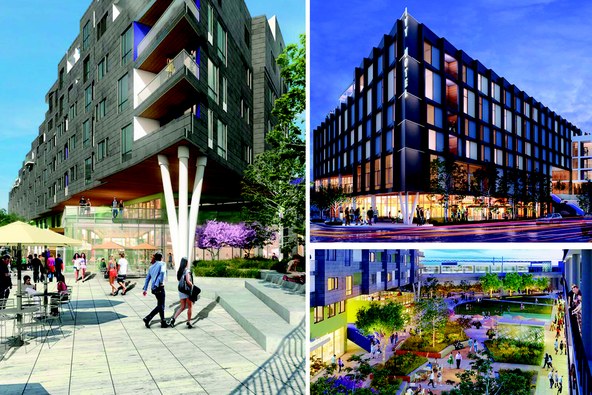 When developer Harry Culver founded Culver City back in 1917, he advertised it as the “Heart of Screenland.”

A century later, the new generation of film and TV studios is streaming in.

Amazon Studios, the retail giant’s film and TV production arm, is moving its headquarters from Santa Monica to Culver Studios, where Gone With the Wind was filmed. HBO will build its new Los Angeles headquarters in town, and Apple is expanding its footprint here too.

The companies are attracted by its central location and easy access afforded by the Expo Line. And the city has a number of major residential and retail developments in the works to further cement its appeal to a new generation of workers.

But how do locals feel -- and will they be able to afford the new Culver City?

KCRW’s Jenny Hamel reports on the big changes coming to a small city.

John Portman, the architect and developer of gleaming hotels and office buildings that defined the future back in the 1960s and 70s, died this past Friday at age 93....

At the intersections of Venice, Washington and National Boulevards just adjacent to the Metro Expo Line is a bite-size mall called Platform that is emblematic of the changes...