“When you walk from a commercial street and you walk into a neighborhood, you can see the line where the commercial ends and then the residential begins. It actually is visible but not a wall,” said David Sloane, a professor of planning at USC.

DnA’s story about zoning starts on the observation deck on the twenty-sixth floor of Los Angeles City Hall, the tallest building in Los Angeles from 1928 until building height rules changed in the late 1950s.

From there you can look at Los Angeles in every direction, and Ashley Atkinson, section director of the American Planning Association’s LA chapter, points out how the region is subdivided by zoning into distinct portions of activities: industrial by the river in Boyle Heights, institutional around Grand Park, high-rise housing in Hollywood and single- family in the hills, and so on.

Zoning has been the defining tool for city planning for the last century and some planners are rethinking how to zone. Atkinson said some are increasingly drawn to “form-based zoning” or “form-based codes” which privilege a building’s appearance over its use.

But separation by use originated with good intentions, said Sloane. When polluting industries made developing East Coast cities foul places to live, civic leaders determined it was necessary to break up cities into manufacturing, residential, agriculture and commercial areas.

The initial goal was not to sort people but it became a sorting mechanism, economically (it separated single family homes from rental housing) and racially (zoning was overlaid on subdivisions with covenants that excluded people by race and on neighborhoods that were redlined, denied access to mortgages, on the basis of race).

“What we're doing is we’re making it harder for people of color to generate the wealth that white Americans can generate. Because housing is so important,” said Sloane.

Los Angeles now faces a housing crisis but is still zoned for the last century, in a way that aimed to keep the city low-rise, spread out and car-based.

In a Housing Development Toolkit published by the Obama administration in 2016, the authors wrote: “Los Angeles provides a clear illustration of the impact of the primary barrier to development – restrictive zoning. In 1960, Los Angeles was zoned to accommodate 10 million people; after decades of population growth and increased demand, the city is today zoned for only 4.3 million people.”

Now efforts are underway to mix up our urban environment, to have more live-work spaces, more housing onto the commercial strips and ADUs (or “granny flats”) into backyards. The City of Los Angeles Planning Department is working on re:code LA, a revision of the City of Los Angeles’ Zoning Code, which was first adopted in 1946.

Its aim is to come up with zoning solutions specific to different neighborhoods and better suited to today and tomorrow’s needs.

But not everyone supports this, said David Sloane. In fact, critics of density and growth argue that the problem is not the zoning but the fact that developers invariably get variances and changes to the zoning.

“Zoning is a barrier to everything that we want to do to make the city more multimodal, make it more heterogeneous, bring together work and live play. It is a very strong barrier to doing any of those things, which is why Los Angeles has worked hard on its community plans and why it's working on its re:code, and there are good developers beginning to think about that.” 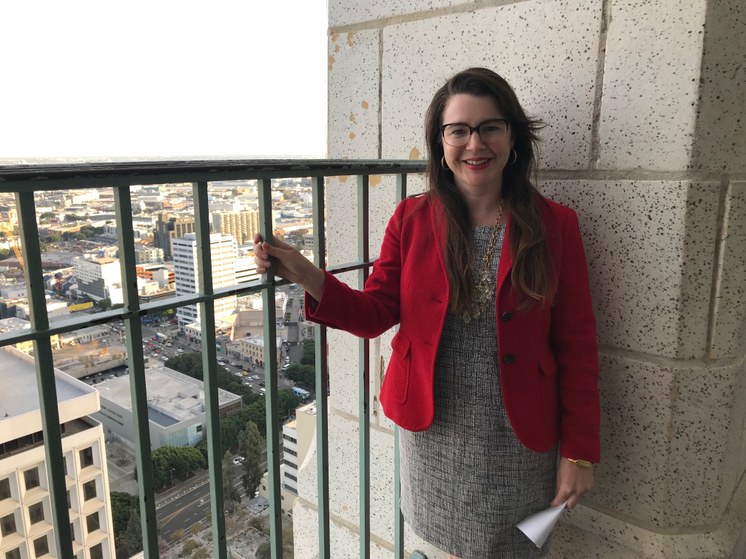