Google and Twitter tell staff to keep working from home. What will happen to creative offices? When people think of a big tech workplace, they often imagine foosball tables, meditation rooms, lounging areas, bright colors and eye-catching artworks, and cafeterias with free food and coffee. These “creative” offices are open-plan with internal streets and nooks for smaller meetings.

They are designed by big names in architecture to stimulate disruptive ideas. The companies want environments that are planned for unplanned encounters.

But with California’s shelter-in-place orders continuing, Google, Facebook, Twitter and Square are telling their employees that they can keep working remotely. Twitter and Square say this could be indefinite. Mark Zuckerberg says half of his employees could work from home within a decade. Facebook currently employs 45,000 people.

What could this mean for these culture-defining offices? 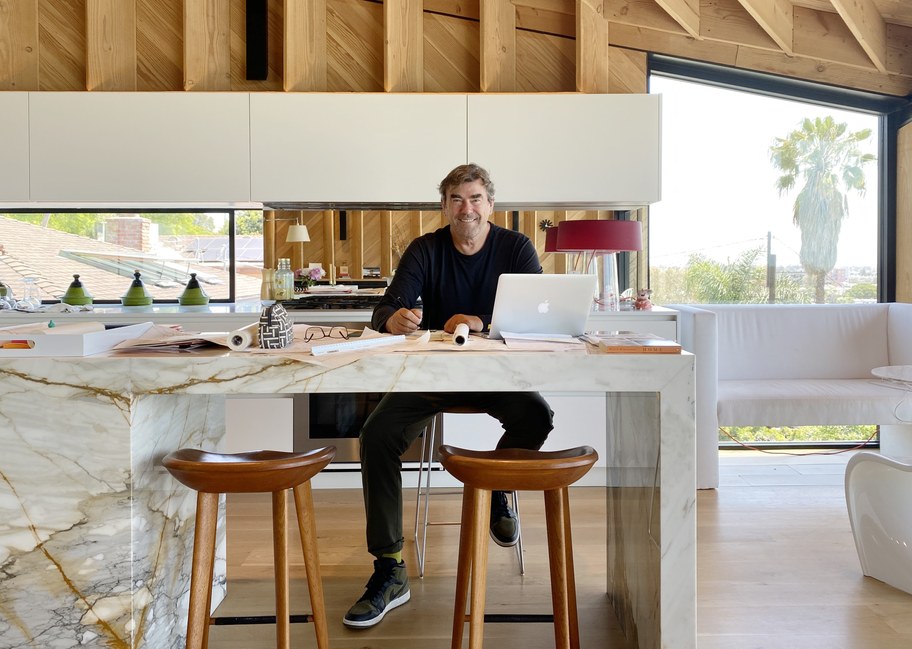 Clive Wilkinson works from his newly built home during shelter-in-place. He tells DnA he regrets not having designed in a workspace. Photo by Elisabeth Wilkinson.

DnA turns to Clive Wilkinson for answers. He has been one of the leading shapers of creative workplaces, including the 1998 offices for TBWA\Chiat\Day in Playa Vista and the 2004 Googleplex in Mountain View. Recent projects include Valve headquarters in Bellevue, Washington, and KCRW’s very own media center in Santa Monica. He has just published a book on creative space entitled “The Theatre of Work.”

Wilkinson says he thinks these companies are giving themselves time to figure out how to make their crowded office spaces work for social distancing in the coming months.

However, he believes that maintaining remote working for entire staffs indefinitely would be a big mistake. “The incredibly important human connection that happens through the workplace is now indefinitely put on hold,” he says. 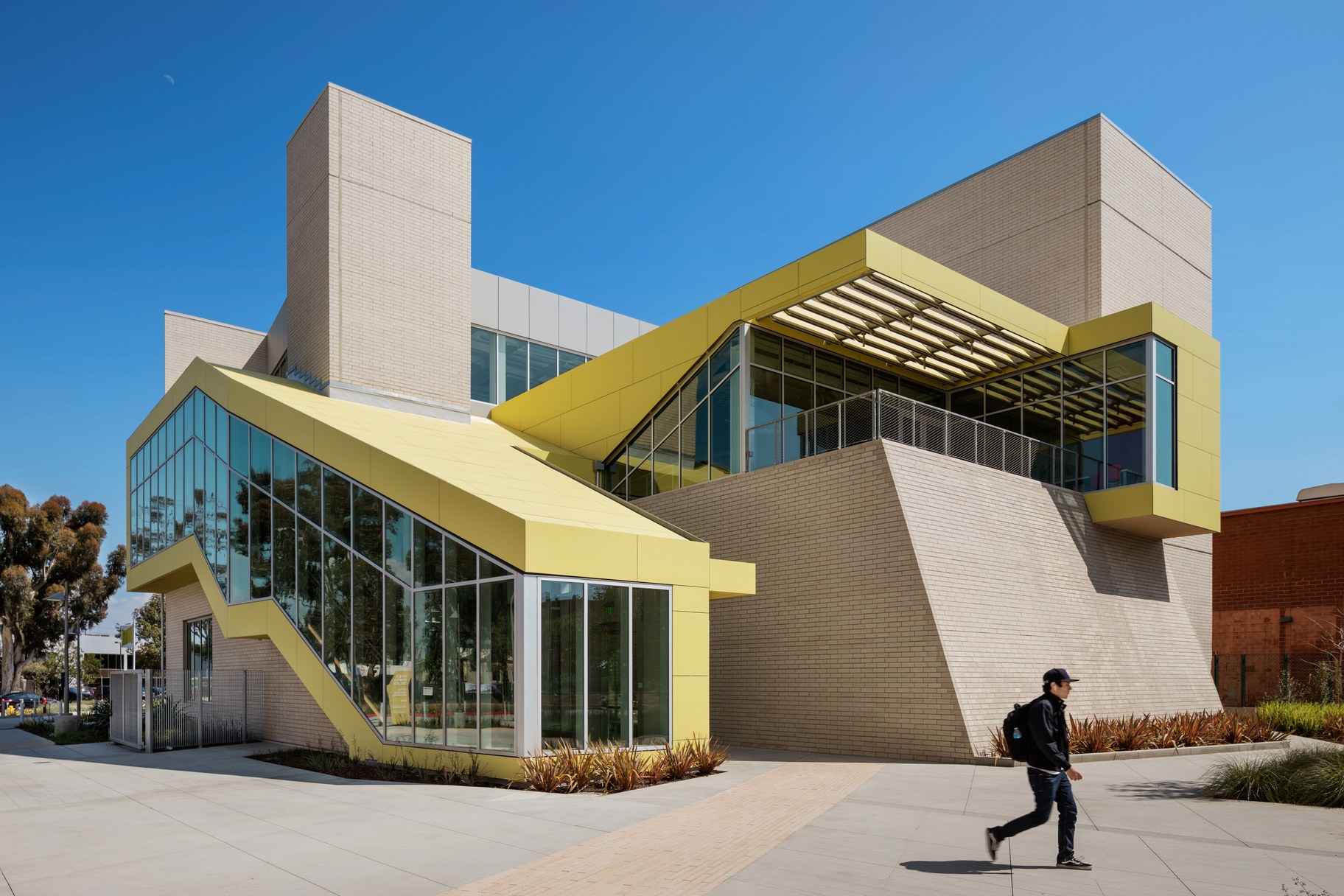 He also argues that big tech could be outrun by smaller tech. “They're going to get left behind because other companies … will adapt faster. They might have set the tone in the past, but I think the future is going to be set by smaller, more agile, more creative companies who are going to be formative in a new workplace concept, which has to do with hybrid working.”

We talk about this hybrid working concept, plus what too much telecommuting might mean for young people’s identities, and the design of homes.

Wilkinson says reinventing the house is an exciting design problem has emerged amid the challenges of coronavirus: You now have to think of residential designs in a commercial sense.“How do we want to live our lives both in public and in private, within the same space?” 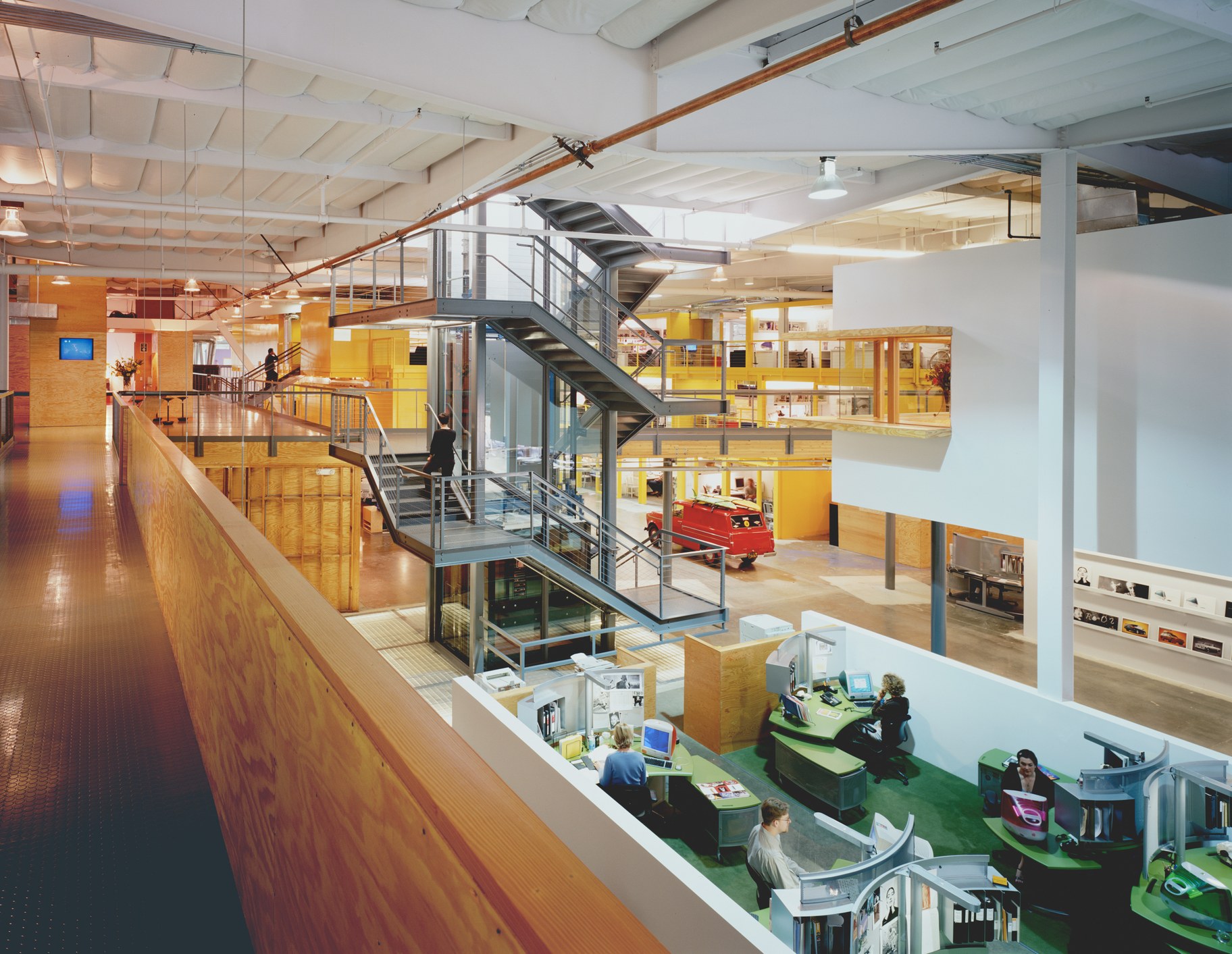