Could the pandemic alter this vision of tomorrow? Futurist Liam Young created this skyline of the near future in 2014, but now says COVID-19 may change how we imagine city life tomorrow. Photo credit: Liam Young

LA City Councilman Mitch O’Farrell was struck by the suddenly clean air after the start of stay-at-home orders. He tells DnA that his friend, a lifelong resident of San Pedro, could see the buildings on Catalina Island from his house for the first time.

While this month has seen smog creeping back into the skies over LA, O’Farrell wants to find a way to hold onto this upside of the lockdown. He’s introduced a motion calling for a study into having companies incentivize telecommuting for employees.

But when cities are eager to rebuild their tax base, will they welcome something that could slow commercial activity? 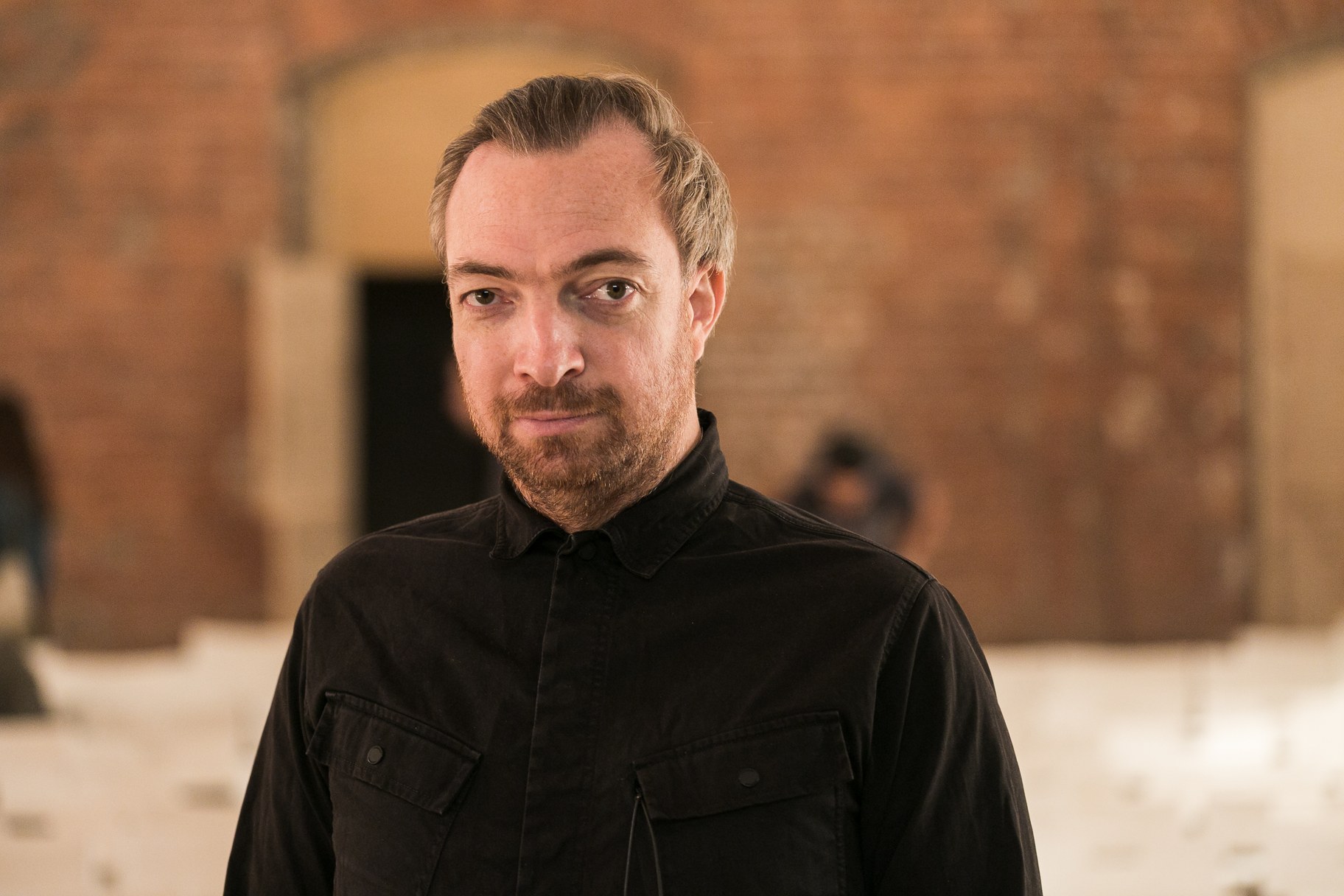 Liam Young says slowness might be a theme in the future, not supersonic travel like Elon Musk’s proposed Hyperloop. Photo credit: Dima Tsyrenschikov/Strelka Institute (CC BY 2.0)

DnA also talks to Liam Young, who works at the intersection of film, futurism, and architecture. He helms the fiction and entertainment masters program at the Southern California Institute of Architecture (SCI-Arc), which teaches students how to imagine future worlds based on today’s trends.

He talks to DnA about what the real world might look like post-pandemic, and how COVID-19 may change depictions of the future.

Young says he hopes Hollywood can avoid the impulse to make dystopian contagion movies. Instead, he would like to see slowness become a theme, not supersonic travel like Elon Musk’s proposed Hyperloop. Young asks who wants to fly at warp speed if that disperses disease around the globe even faster than jet travel. “We may actually think about lifestyle changes that allow for and celebrate stillness in a way that most futures have ignored.”

He also says the pandemic reveals the limits of late capitalism and unsustainable consumption, and it has brought gig economy workers out of the shadows. 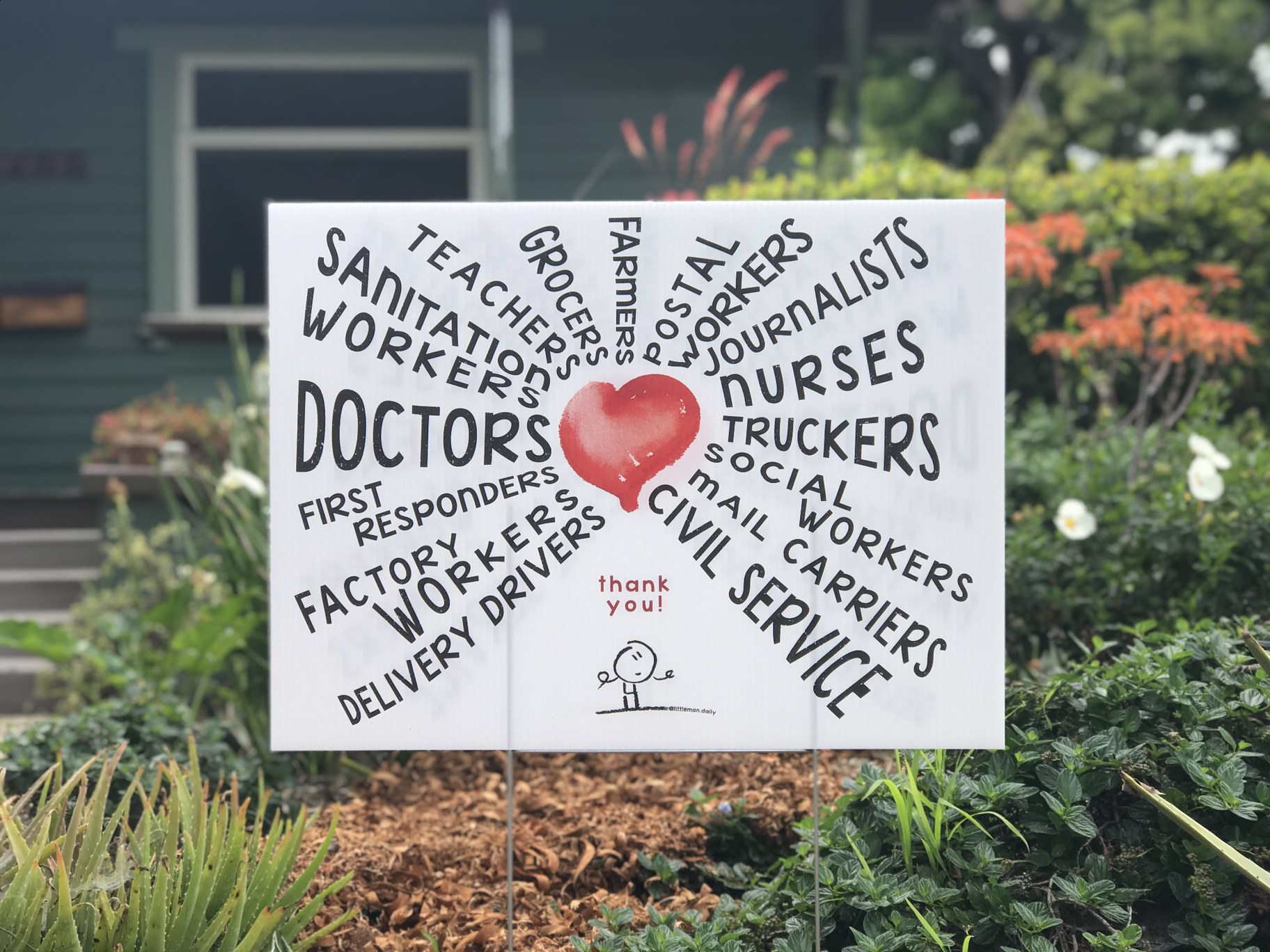 A lawn sign in Santa Monica celebrates the heroes of the pandemic, including delivery drivers. Liam Young says it’s time to treat these gig economy workers with respect. Photo by Frances Anderton/KCRW

With the boom in online orders during the pandemic, delivery workers have been touted as heroes. But Young says that worker is a “hostage,” condemned to low pay and no benefits at companies like Amazon. The pandemic has revealed that when it comes to fulfilling an online order, many people are involved in that process, showing that humans are critical in today’s high-tech world.

While sheltering at his loft in downtown Los Angeles, Young describes how stay-at-home orders have transformed downtown. With the closure of stores and coffee bars, people living on the streets have spread beyond Skid Row. They’ve put up tents in doorways that would normally be stopped by law enforcement. Meanwhile, he can watch the residents of upscale apartments and condos exercising and sunbathing on the rooftops of highrises.

But COVID-19 might have delivered a win for babies. Young, who typically travels extensively, is holed up with his partner and 8-month old little girl. “If my baby grows up to be a James Bond villain that started the whole virus crisis just so she could have a mother and father next to her for the formative months of her life, then I wouldn't be surprised, because it's all working out just perfectly for her,” he says.