The coworking giant WeWork said it would raise world consciousness and rebuild cities, with help from architect Bjarke Ingels. Now it has pulled its IPO, after firing its CEO last week. Where does that leave WeWork and coworking spaces in general? Hear about LA's booming coworking spaces and how they are differentiated through design. DnA also talks to the founder of Epiphany Space, which also aims to raise consciousness -- to a higher power.

The coworking giant WeWork has indefinitely postponed its IPO after investors decided it wasn’t as valuable as they’d thought.

The news follows the ouster last week of CEO Adam Neumann, whose erratic behavior had raised concerns among shareholders.

Neumann boasted that he was in the business of changing world consciousness -- and cities. He hired famed Danish architect Bjarke Ingels, and a designer named Dror Benshetrit to lead his “future cities initiative.” 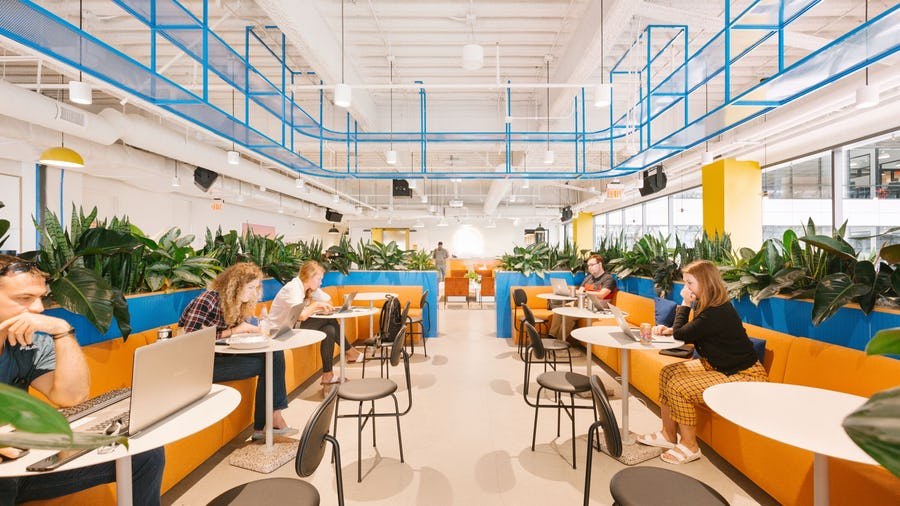 Well, the WeWork bubble has now burst. So where does that leave WeWork and coworking space?

Marissa Gluck works in digital strategy and marketing, and she says that WeWork positioned itself as a tech company, however, “essentially what WeWork was doing is engaging in real estate arbitrage” by subdividing properties and renting it out in short-term leases.

“In an economic downturn or a recession the first thing to go would be some of these short term leases. For the single entrepreneur, the person who is able to work from home or have a home office or go to a coffee shop, it's much easier to spend five dollars for free Wi-Fi at a coffee shop than four or five hundred dollars a month at a WeWork,” she said. 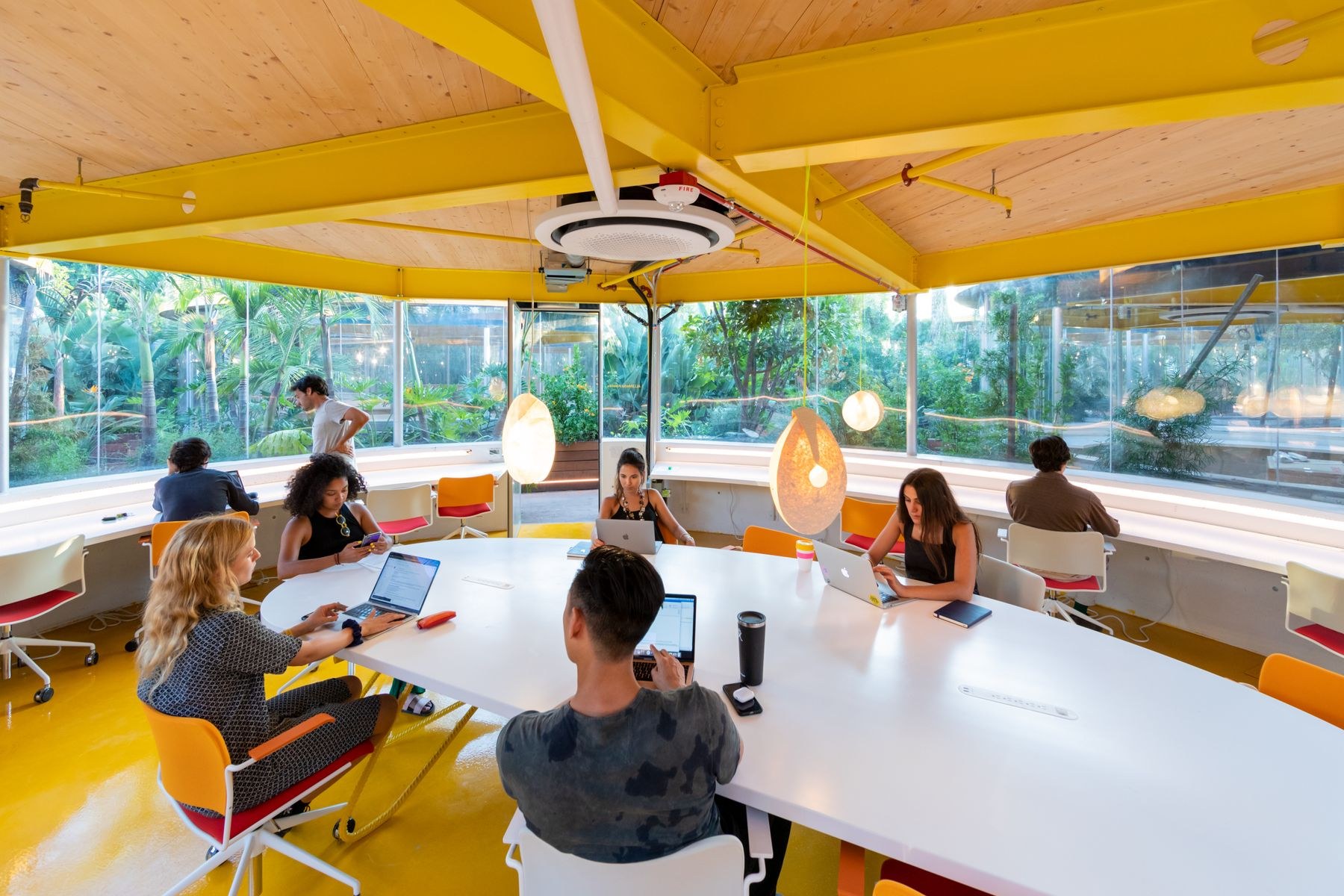 Gluck also recommends being skeptical of tech companies like Uber, Lyft and WeWork that preach the gospel of redesigning cities.

“They're driven by dynamic personalities, charismatic leaders who people drink the Kool-Aid around, particularly investors, and it creates this hype cycle between media, money and entrepreneurs that tends to be a virtuous circle or a vicious cycle depending on how you look at it. They continue to reinforce the other until someone out there says, ‘hold on, wait a minute, none of this makes sense. Let's actually take a look at the numbers. Let's actually look at what someone's building. Let's actually look at the cultures that they're creating.’”

Coworking space in Los Angeles has grown by 500 percent since 2008. It occupies over 3 million square feet and comes in packages to suit numerous niche markets. 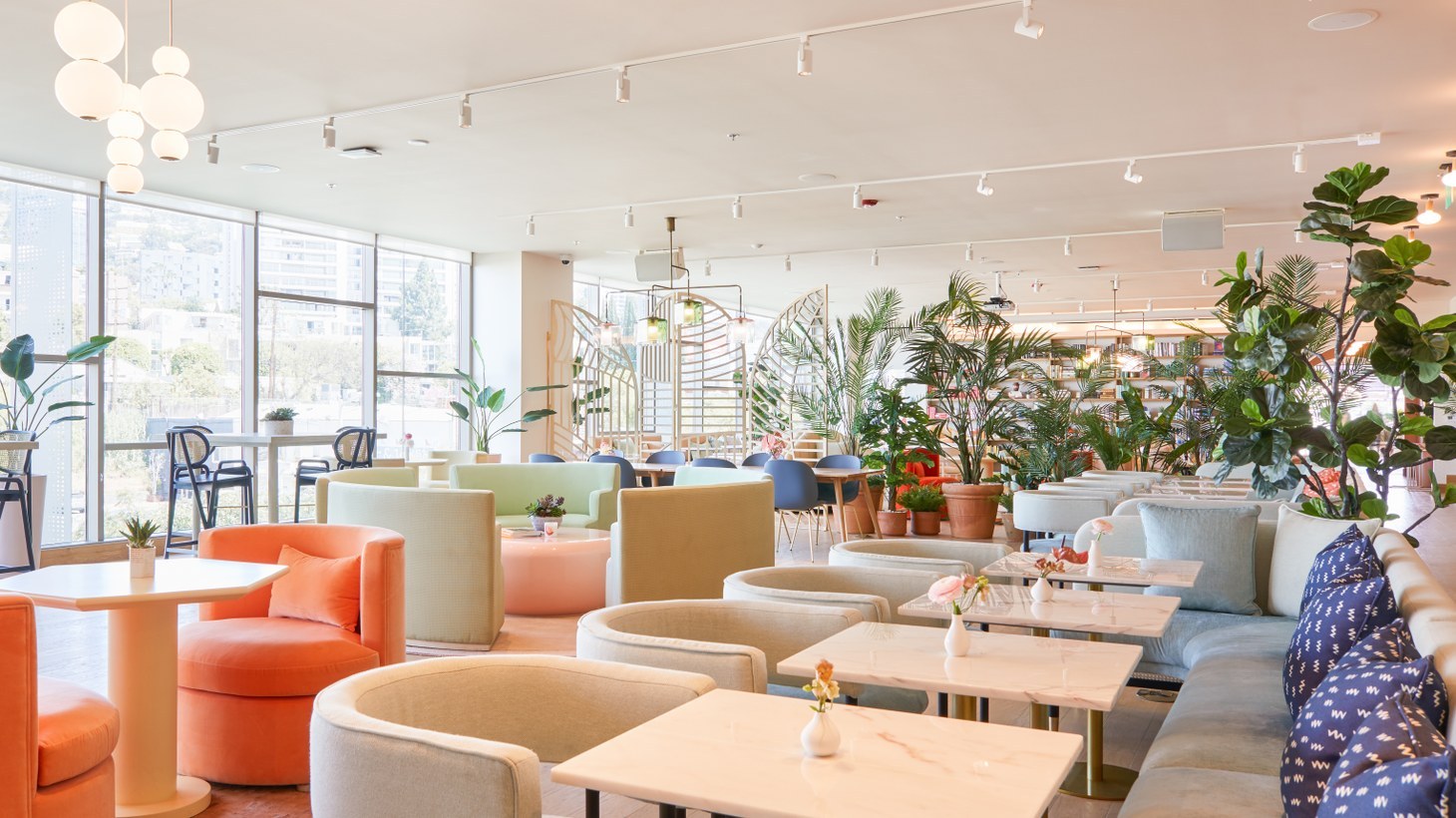 Most don’t claim to be rebuilding cities but they certainly aspire to enhance city life. And they do that in part with their design choices.

Recent additions include The Wing in West Hollywood, designed for women by Laetitia Gorra, even down to the color and furniture choices. Cofounder Audrey Gelman told DnA they wanted to "flip the script on the traditional club palette is which is normally very dark." She adds that the temperature of the space "is always 72 degrees -- not cold like many corporate offices" and chairs are designed "around the mean height of women which is 5'4".

Then there’s the newly-opened Second Home in Hollywood, with a retrofit of a Paul Williams-designed building and a parking lot recast by Spanish architects Selgascano as a lush garden with meandering paths and yellow-topped plastic yurts that serve as office spaces. It mixes the fee-paying memberships with public space and events. 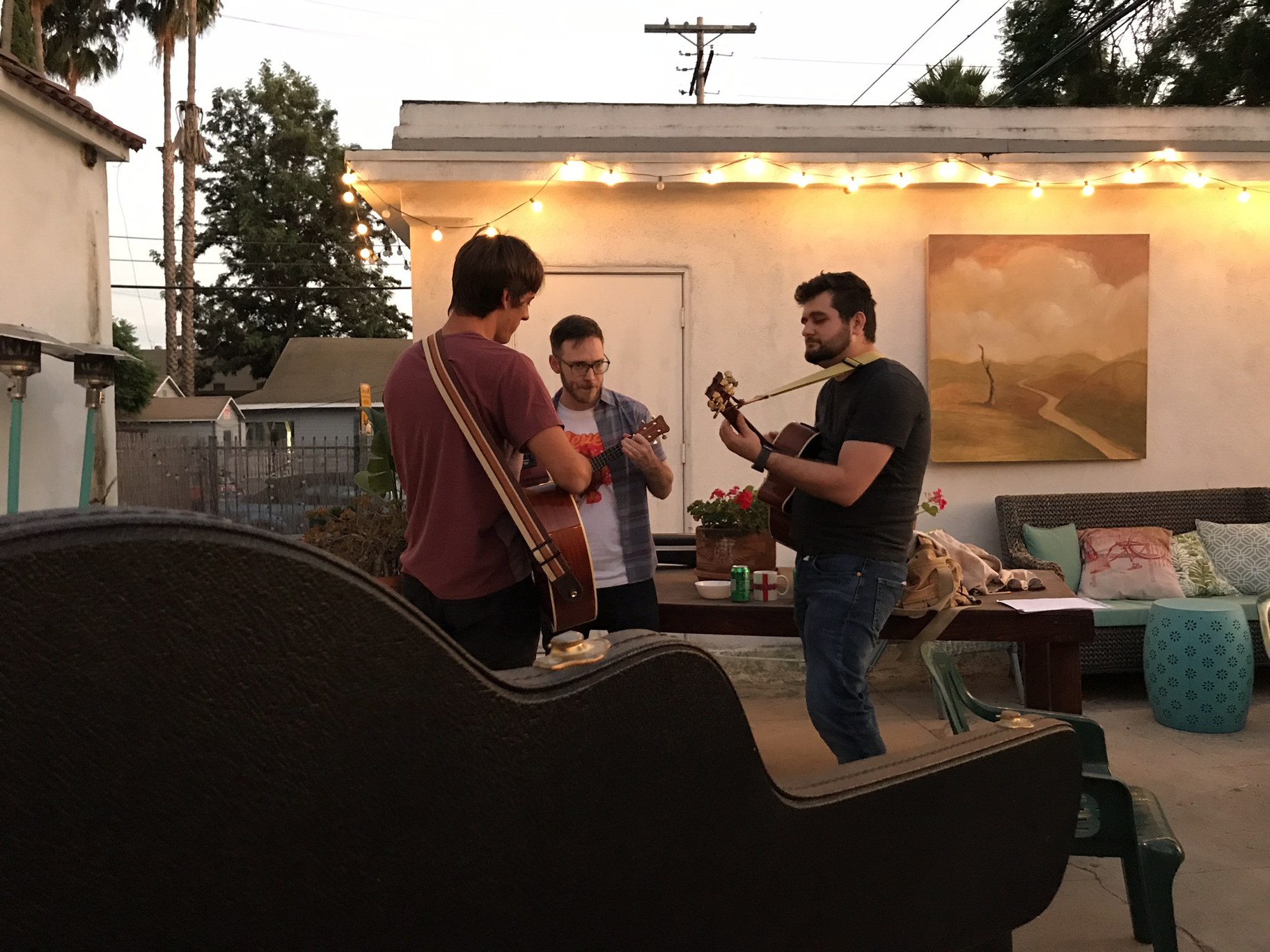 WeWork was an early investor in The Wing. But some coworking spaces position themselves in contrast to WeWork and its values.

Take the much more low-key Epiphany Space, an artist community and coworking space in Hollywood with around 40 members. It is in a converted house that retains a homey feel.

“We're not super shiny. We're cozy and comfortable. We have a lot of furniture and things that are upcycled. We have art that our local community has created on the wall,” said Melissa Gibson Smith, the founder and executive director.

Smith is also a minister and added bibles and a prayer room to Epiphany Space. The name implies both a creative and a divine breakthrough, she said.

“We have folks from a lot of different spiritual backgrounds that are a part of Epiphany Space,” she said. Unlike a coffee shop with WiFi, her space also fosters community with weekly events for members.

“L.A. can be a very lonely and disconnected place and coworking spaces provide a place of genuine belonging. And that is a core need that we as humans all have, is to belong and matter."

Coworking after WeWork; Autographs of LA

The coworking giant WeWork said it would raise world consciousness and rebuild cities, with help from architect Bjarke Ingels. Now it has pulled its IPO, after firing its...

Over a century ago, the chief librarian of the Los Angeles Public Library, Charles Lummis, sent pages of library stationary to dozens of celebrities of his day, a list he...