Music certainly, as well as street art, fashion and dance.

But how about hip hop architecture?

There’s a growing community of black designers that thinks the culture born in the projects of urban America is starting to find expression in buildings. One of them is Sekou Cooke, assistant professor at Syracuse University School of Architecture and curator of "Close to the Edge: The Birth of Hip Hop Architecture," a show at the AIA New York Center for Architecture, open through January 12.

What you won’t find in the exhibition is a display of buildings that have a distinct style you could somehow classify as hip hop.

What you will find is a mix of graffiti writing, temporary structures and architectural designs for buildings that Cooke believes represent a cultural approach. He cites for example the "Colored Houses Project" by Amanda Williams, using paint to draw attention to buildings about to be demolished. 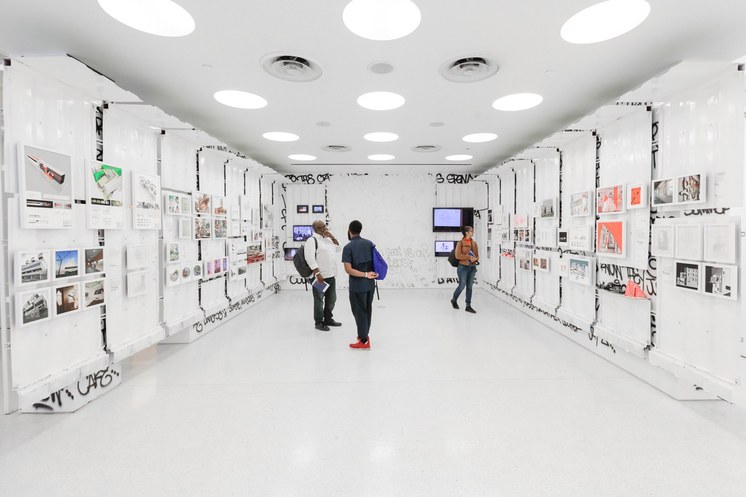 Installation view of “Close to The Edge: The Birth of Hip Hop Architecture” at the Center for Architecture. Photo credit: Erik Bardin.

One of the public space designs in the exhibition is Lauren Halsey’s “Crenshaw District Hieroglyph Project” (2018). A prototype of it was shown at the Hammer Museum’s Made in LA 2018 biennial. The finished version will be placed on Crenshaw Boulevard. Carved into the plywood and gypsum construction are people, symbols, and designs inspired by the South LA neighborhood. Also written onto the walls are the names of black victims of police shootings, and phrases like “We Out Here” and “We Still Here.”

“So it's intentionally a provocation,” he tells DnA. “And when you start to think or talk about hip hop as a cultural phenomenon then people understand really quickly that culture is a huge part of society... So hip hop architecture really is about that specific kind of cultural expression that comes from a larger movement of hip hop culture.” 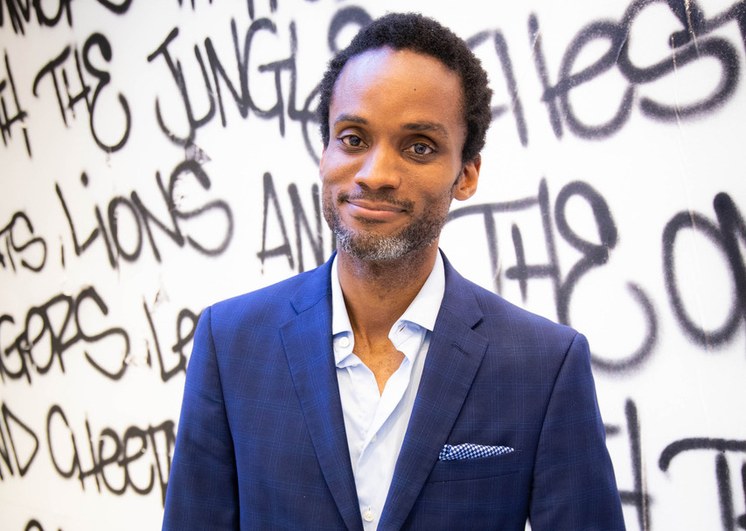 Sekou Cooke, assistant professor of Architecture at Syracuse, and curator of “Close to the Edge: The Birth of Hip Hop Architecture." Photo credit: Anthony Turner

DnA talks with Cooke about the bleak urban environments that birthed the hip hop movement, about the ways in which some artists and architects are starting to deploy hip hop-inspired tactics like mixing, scratching, sampling, layering and collage; and about hip hop’s connection to the city of Wakanda in the movie Black Panther.

We also talk about how hip hop is a providing a lens to understand the built environment and a magnet for bringing in minorities into the profession of architecture; whether it is time for hip hop millionaires to tap the skills of black architects; and whether other musical movements have inspired architecture.

2019’s Consumer Electronics Show, or CES, opens Tuesday in Las Vegas. 5G is generating lots of buzz. But do we have the juice to power the increased speed and connectivity...