The LA Memorial Sports Arena in Exposition Park will soon be torn down to make room for a new 22,000-seat soccer stadium. The Sports Arena was designed by Welton Becket, who also designed the Capitol Records Building, the Santa Monica Civic Auditorium, Petersen Automotive Museum, the Cinerama Dome and many other landmarks. The arena served as home court for the Lakers, Clippers, Kings, and other sports teams, hosted the 1960 Democratic National Convention, and staged concerts by Madonna, Michael Jackson, U2, Bruce Springsteen and many others. We remember the arena's history and architecture as we say farewell. 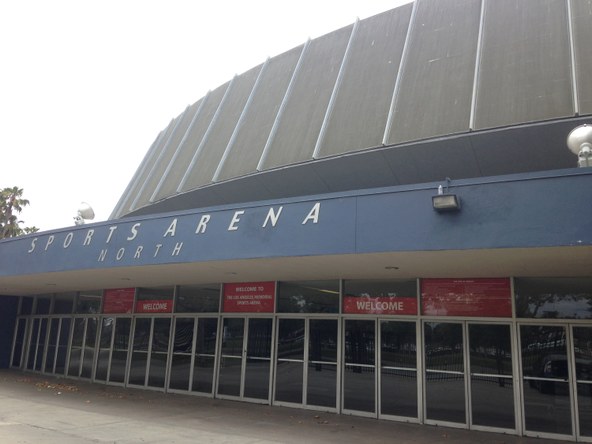