The Chicano movement, famously born on LA’s East side, found a home at The Church of the Epiphany in Lincoln Heights.

It was also a planning base for the 1968 East L.A. Chicano student walkouts, as well as a 1970 Chicano Moratorium protest against the Vietnam War.

Church of the Epiphany is the oldest operating Episcopal church in LA. It was built by English-born architect Ernest Coxhead in 1888. Lincoln Heights was then an upper middle class suburb of LA. 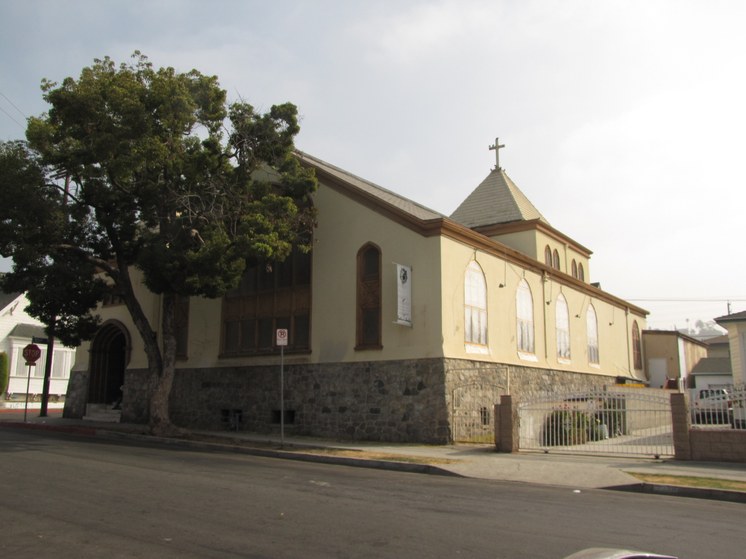 Church of the Epiphany in LA’s Lincoln Heights

It was converted to a parish hall after architect Arthur Benton erected a new sanctuary in 1913. And it was declared a Los Angeles Historic-Cultural Monument in 2005.

Father Tom Carey, the church’s vicar, said that designation “was for the cultural history, primarily, but also it's a really beautiful building and that certainly did not detract from its worthiness to be a landmark. But you know it's what happened here is what makes it really extraordinary. And what continues to happen here.”

The church is still involved in immigration work and renters’ rights and LGBTQ rights.

They hold meetings in the Parish Hall, which needs some structural work. The roof is leaking, and they want to restore four of the church’s stained glass windows.

There are also plans to renovate the basement, which is crumbling, and create meeting rooms to hold legal and healthcare clinics there.

The basement could also house the historic photographs and documents from Epiphany’s social justice activism.

And that’s why they are seeking funds. Epiphany is one of 20 historic sites nationwide selected for a national grant competition launched this week by the National Trust for Historic Preservation, and some partners, to win $2 million in preservation funding.

It’s a one-month competition that began Monday and voting continues through Oct. 26. The emphasis this year is on social justice.

It’s called the “Partners in Preservation: Main Streets Program.” And if the church receives enough votes from the public, it will win a $150,000 grant.

So think of it as “American Idol” for historic preservation. And last year, Formosa Cafe in West Hollywood was a winner in the competition.

This year, they’re up against some noteworthy locations, including the 16th Street Baptist Church in Birmingham, Alabama (where the four black girls were killed in a firebombing); The Women's Building in San Francisco; and a Woolworth's in South Carolina, where the first sit ins were held. 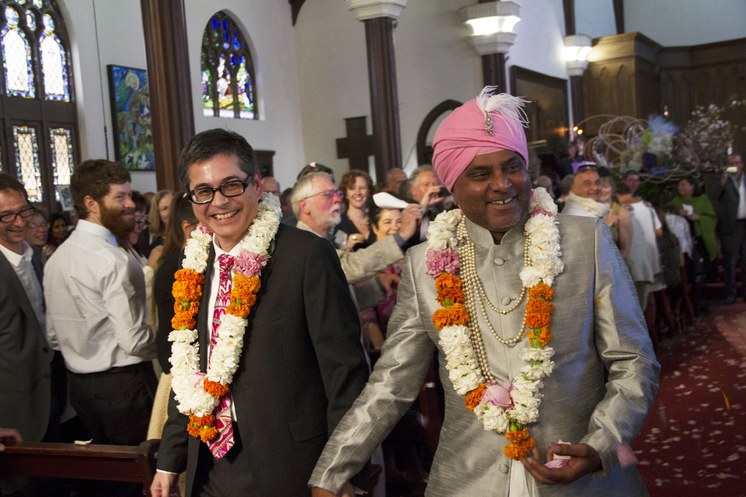 Architects Frank Escher and Ravi GuneWardena got married at the Church of the Epiphany in 2014 in a wedding officiated by Father Tom Carey. Photo credit: Mark Escribano.

The architecture firm overseeing the repairs is Escher GuneWardena.

Frank Escher and Ravi GuneWardena themselves got married at the Church of the Epiphany in a wedding officiated by Father Tom Carey.

There was a big schism about 15 years ago over the acceptance of homosexuality in the Episcopal Church, when Gene Robinson, the openly gay priest, was consecrated as a bishop.

You can participate in the Vote Your Main Street competition here.