A New Direction for the Sixth Street Bridge

One of LA’s landmarks is the Sixth Street Bridge, an 80-year old viaduct connecting Boyle Heights to downtown with a 3500 feet span. Now the bridge is sick—with what’s being described as “concrete cancer”—and back in April we reported that the Bureau of Engineering had put out a call to designers internationally to compete to create an iconic replacement. Alex Ward heads up the Friends of the Los Angeles River, and he describes why he pushed for years to ante up the ambition for the new bridge. Now the City has narrowed down the Sixth Street Viaduct Replacement competition to three teams—HNTB, AECOM and Parsons Brinckerhoff—and last week, at Puente Learning Center in Boyle Heights, they started the first of four public presentations. Among those present was Councilman José Huizar, who represents the 14th district, which includes the Sixth Street bridge. The councilman grew up in Boyle Heights, and describes why the bridge had a meaning for him that made him resistant at first to change.

To get an idea of the three bridge concepts, Frances speaks to a representative from each team: Engineer Juan Murillo from Parsons Brinckerhoff; Ron Yee, bridge designer for AECOM, and Theodore Zoli, bridge engineer for HNTB. Although the primary objective for the bridge is to carry vehicles, the designs also include pedestrian walkways, bike lanes and green spaces, and landscape architect Mary Margaret Jones of Hargreaves explains how these features help the bridge become a greater asset to the neighborhoods it connects. Finally, FoLAR co-founder Lewis MacAdams chimes in with his thoughts on how the bridge will bring more attention to the changing river.

The Bureau of Engineering, with Cal Trans, will make its recommendation for the winning team in October, after hearing from the public, from political representatives and from the Design Aesthetic Advisory Committee. If you'd like to see the designs for yourself and weigh in, the final public meeting is tonight, Tuesday, September 18, from 6:30 to 8:30 p.m. at Boyle Heights Technology Youth Center, 1600 E. 4th Street. Details here.

Here are images and animations from all three finalists. 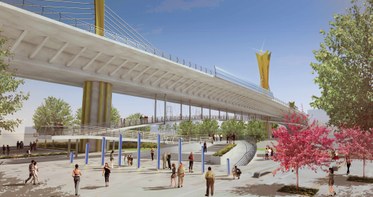 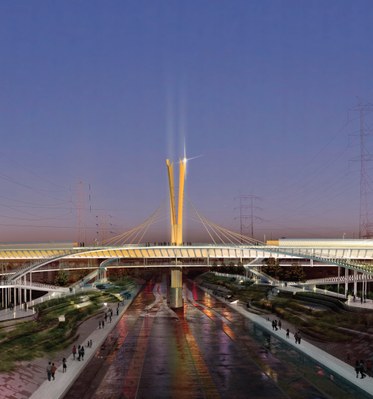 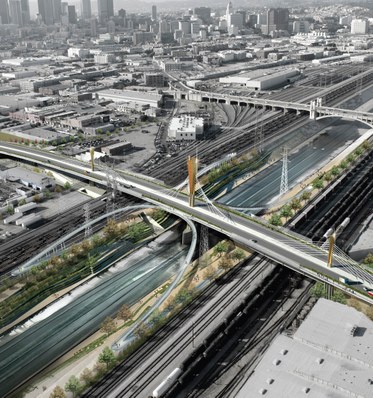 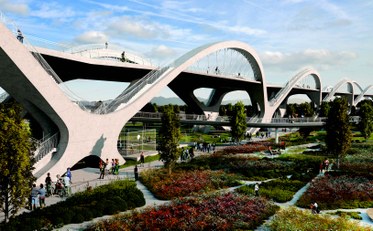 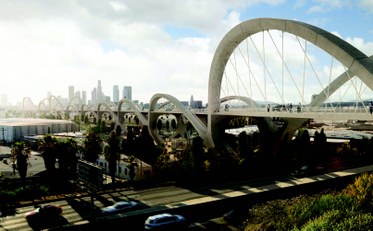 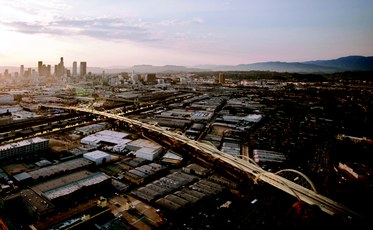 All images courtesy of the Bureau of Engineering

Indie Game Design at the 'Sundance' of Gaming Festivals

When the iPhone 5 was presented last week, Apple made a point of how its faster processor, better graphics and light, thin, larger screen will be a boon for video gamers....

A New Direction for the Sixth Street Bridge

One of LA’s landmarks is the Sixth Street Bridge, an 80-year old viaduct connecting Boyle Heights to downtown with a 3500 feet span.