Patrick Vale illustrated “The 99% Invisible City” with drawings that would not be too specific. Image courtesy of “99% Invisible”

Roman Mars has spent 10 years using his radio show “99% Invisible” to reveal the everyday quirks and delights of cities. Now he’s written a book with producer Kurt Kohlstedt, titled “The 99% Invisible City: A Field Guide to the Hidden World of Everyday Design.”

He wanted to make something tangible, visible.

“Even though audio is the most superior form of communication known to humans, it has this locked-in, linear format,” he tells DnA. “I wanted to break it open and make it scannable and searchable and something you could carry with you. And I wanted to have it be a beautiful object.”

“The 99% Invisible City” consists of 400 pages of short stories about the hidden histories behind everyday urban features, akin in spirit to his radio show. It is a book for designers and architects, but the authors dedicate it to “all you plaque readers and curious urbanists.”

For good measure, on a later page, they write, “You are about to see stories everywhere, You Beautiful Nerd.” “Beautiful nerd” could describe Mars and Kohlstedt themselves, both design obsessives who sport the Millennial nerd uniform: trim beards and tasteful spectacles.

The book is illustrated but not with photos. The authors worked with London-based illustrator Patrick Vale on drawings that would convey the idea of the story but not be too realistic or specific. This was also an echo of the radio show.

“On the radio, you can't convey aesthetics. So you have to either tell the story in such a way that somebody can picture the thing you're talking about really perfectly, or you tell the story in a way that they don't really have to picture it perfectly at all and it still works as a story. … Putting real photographs in (the book) would sort of violate that to such a degree that I couldn't quite make it work, I needed it to still be a level of abstraction.” 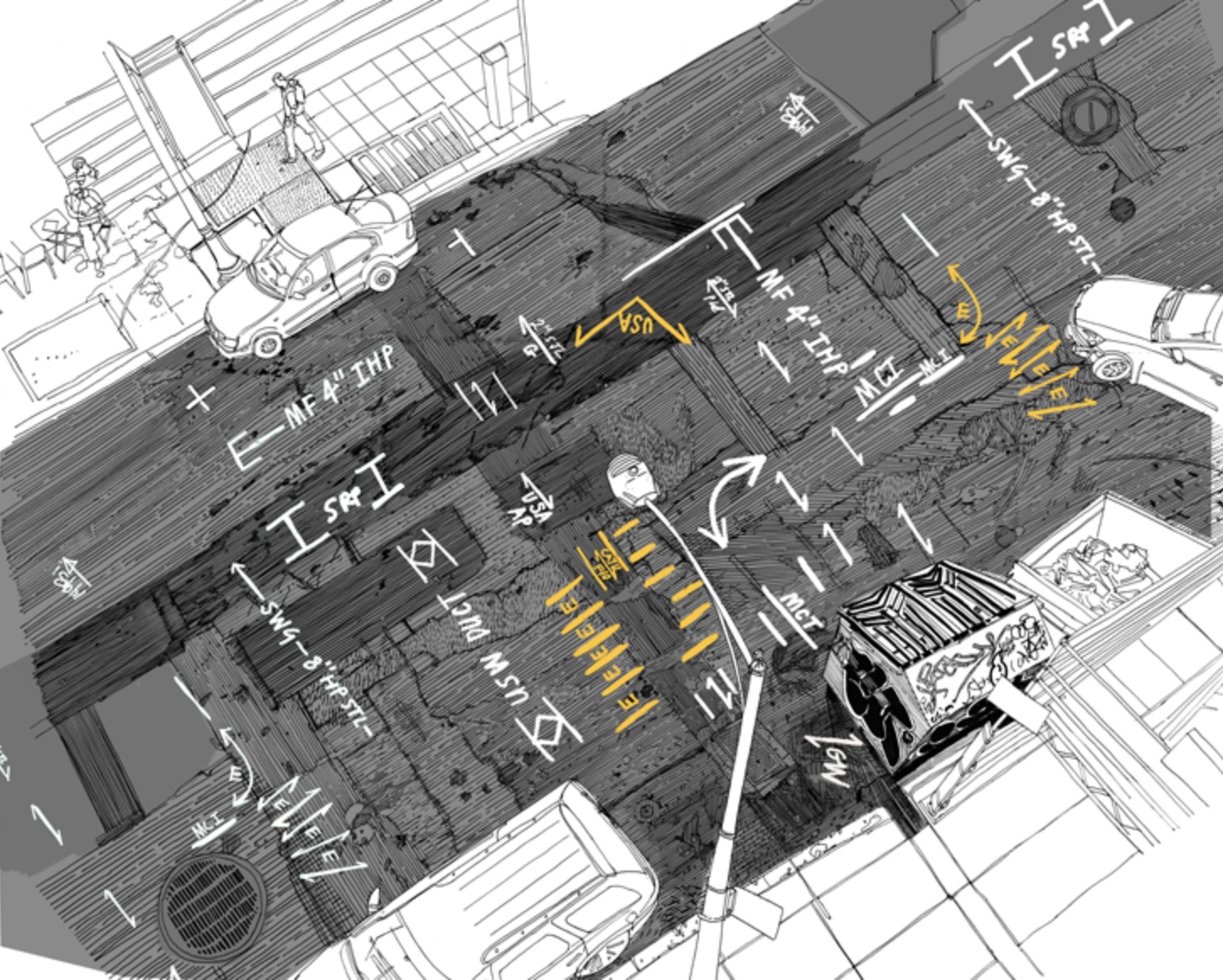 Mars shares some tales from the book that took place on the streets of Los Angeles, from the Digalert code that resulted from a terrible accident to guerilla designer efforts to improve signage in the Southland.

He and Anderton talk about what happens when a radio story affects real change in the urban fabric, as when his assault on the Pocatello city flag spawned new flag designs in cities across the US.

They also talk about the differences in writing for print instead of radio, and whether Mars would secretly like to be a designer.