The Newtown massacre has prompted millions of Americans to ask what they can do to contain gun violence. As the White House is set to unveil a series of safety recommendations tomorrow, it hopes it can please all political sides. But even if stronger controls are put in place, can they keep up with design and innovation in an industry whose product is lethality?

This show has never before discussed guns. Nor, it turns out, has the Museum of Modern Art, the preeminent museum of modern art and design, in New York, even though guns are central to American life and, if they achieve their intended goal, a perfect fusion of form and function. Barbara Eldredge is currently working at MoMA; previously she wrote her student thesis on guns and design museums. She tells us why the museum won't display firearms. 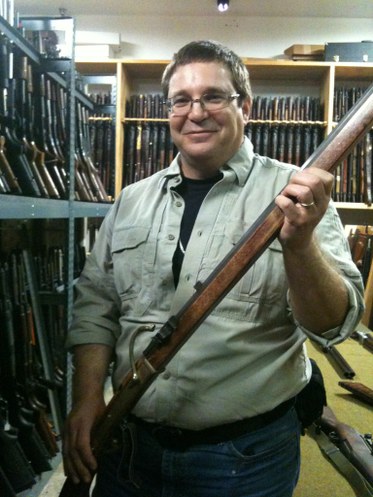 Guns play another large role in American life as the stars of our motion pictures. Larry Zanoff manages the weapons department at ISS, the Independent Studio Services prop house in Sunland, California. He also trains actors and law enforcement in the proper handling of guns. Here, guns are stacked by the hundreds on shelves in a secured room. To the movie industry, guns are just another character in the story, and Zanoff works with actors and producers to create the illusion of violence. 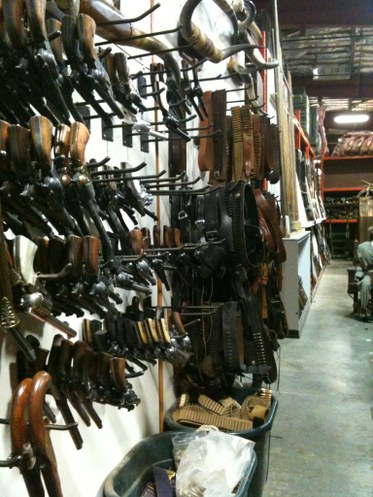 A wall of revolvers at ISS 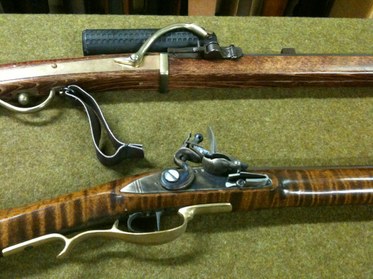 Older guns at ISS have a high level of craftsmanship

That gun sizzle-factor in movies—often enhanced through sound effects—is just one piece of the story for an industry where increased firepower is central to its business model. Tom Diaz is the author of two books on the gun industry, Making a Killing: The Business of Guns in America and another book to be published soon, The Last Gun in America. Diaz is a from a military family and a former NRA member, and he became a gun safety advocate after working for a congressional crime safety committee. He has studied how the industry makes and markets its product and he says that movies are actually a very useful promotional tool for gun manufacturers. 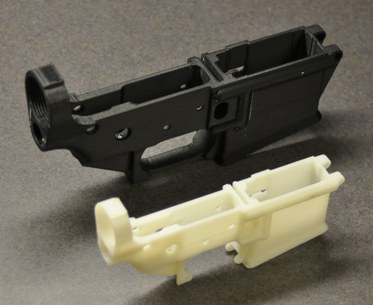 So what happens when gun manufacturing technology is put quite literally in the hands of the people? Michael Guslick is an engineer based in Milwaukee, Wisconsin whose hobbies include remote-controlled airplanes, amateur radio, metalwork, electronics and paintball. But last year he received a great deal of attention when he wrote a story on his blog about how he managed to manufacture a gun using a 3D printer. Michael talks to Frances about the project and what he means by the term “functional” gun.

Top image: An AR-15 rifle made by Michael Guslick combines a 3D-printed "lower receiver" with commercially produced parts; it sits alongside a paintball gun used by Guslick for testing prototype parts.

The Newtown massacre has prompted millions of Americans to ask what they can do to contain gun violence. As the White House is set to unveil a series of safety...