The LA Auto Show is at the Convention Center in downtown through Sunday. But this year’s showcase of cool new cars got off to a less than celebratory start, with the very bad news about GM slashing thousands of jobs.

Add to that, auto shows themselves have been declining in significance in past years -- trade shows are expensive and car companies can release models online. So why even attend? 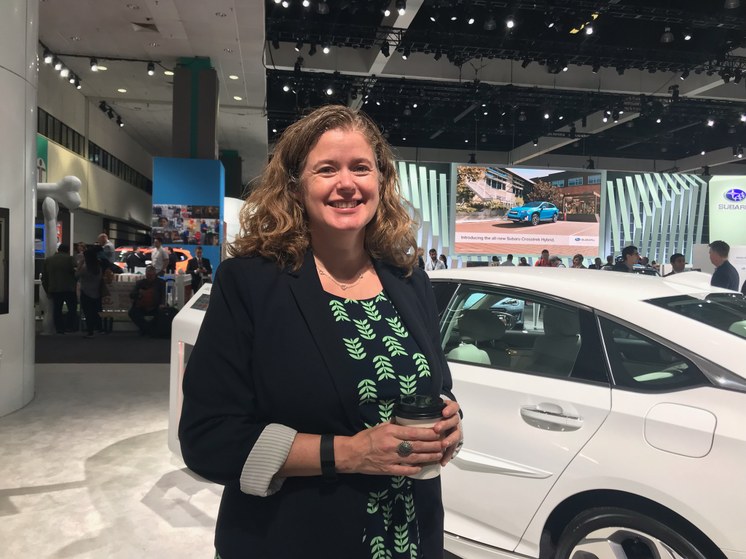 Sharon Carty, senior editor at Automotive News, says the LA Auto is fun and offers a peak into a greener future. Photo by Frances Anderton

“L.A. is always really important because this is where a lot of automakers talk about their green technology and just technology in general,” said Sharon Carty, senior editor of Automotive News.

Carty singled out the 2020 Porsche 911 which is “almost like the iPhone of cars… it's really fun to see this iconic design that keeps getting tweaked.”

Those tweaks include Wet Mode, a system for better handling roads after rain; better WiFi connectivity; and a cupholder in the center console. This is a change from the previous, less easily accessible position, in a pullout shelf above the glove compartment. 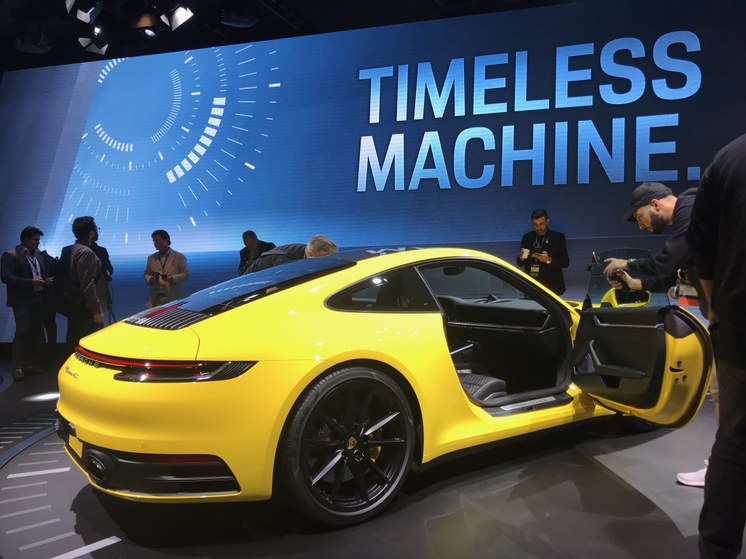 The eighth iteration of the classic Porsche 911, first shown at the Frankfurt Auto Show in 1963. Photo by Frances Anderton

A minor change like an easy-access cupholder can also be seen as a concession to American drivers, for whom comfort and utility are paramount, and to the fact that even sporty Porsche 911 drivers now find themselves mostly stuck in traffic.

“We sell about 30 percent, almost a third, of our 911s in the United States every year,” said Porsche spokesman Frank Wiesmann. “So the American market and its needs are certainly important to us, but it's not a specific focus of the car. It's just another one of many features to make sure that the car’s as usable as possible so that the customer doesn't have to make too many concessions while still driving a pure sports car.”

While many people come to the Auto Show to ogle desirable cars, a big attraction now has little to do with human driving.

“Every car right now is all about technology,” said Automotive News’ Sharon Carty, and she singled out Swedish automarker Volvo for coming to the press days at LA Auto Show with no cars. In fact, they made a point of that with a blonde-wood kinetic sign that spells out the words “This is Not a Car.”

Car reporter Bryan Grant told DnA that he loved “the irony of their display.”

“It was such a bold statement from them because there are a lot of manufacturers who say they're bringing vehicles that are autonomous or electric and yet they don't have them,” Grant said. “And I think what they've proven there is that everybody is saying they have things that don't exist.” 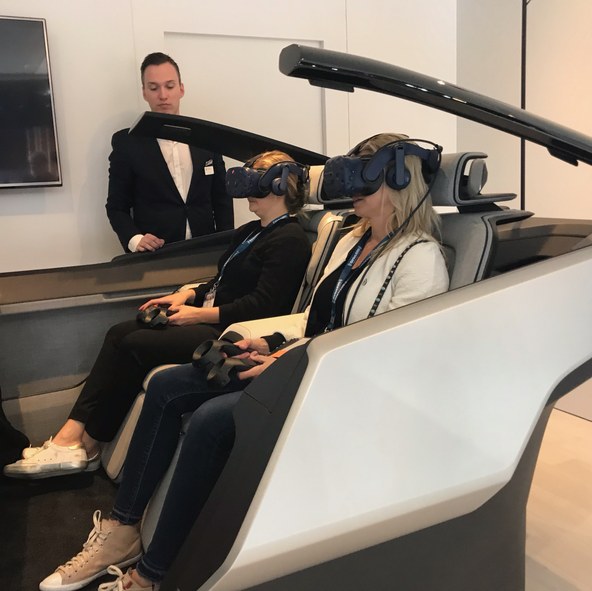 At Volvo’s stand you could sit in the shell of a car and test-drive the future via VR headsets offering immersive experiences of interior options in a Volvo autonomous vehicle. Photo by Frances Anderton

Volvo did bring out their cars for the public days of the LA Auto Show.

But still, DnA was intrigued by this bold statement of theirs. What was the point of it?

“If you look around, we've been presenting cars in this way for many many years now,” said Robin Page, head of design at Volvo. “And the industry is changing and the millennial generation is really influencing how we communicate and what the focus is... and what they really call out for is connecting their lives with the car.”

Volvo’s display included the shell of a car. Four passengers could sit inside, strap on VR headsets and see the car of the future reconfigured as either a Scandinavian living room, an office space, a VIP lounge or a sleeping car.

“There's lots of questions still to be answered and we are saying that is still very much the case but we're working toward something. So basically we put a stake in the ground and said, That's the vision we want to get to,” Page said.

The LA Auto Show continues at the downtown convention center through Sunday.

The LA Auto Show is at the Convention Center in downtown through Sunday. But this year’s showcase of cool new cars got off to a less than celebratory start, with the very...