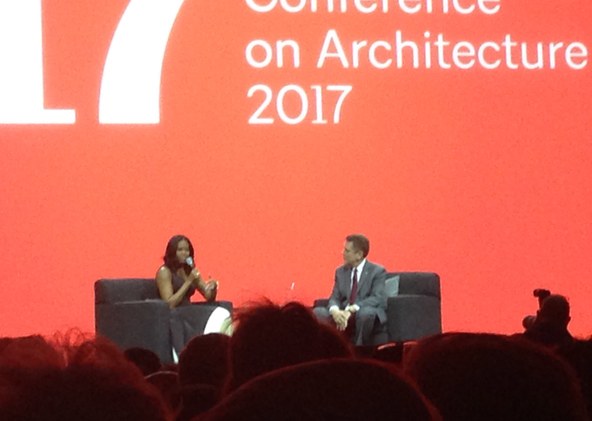 The American Institute of Architects held their national convention in Orlando last week. And the keynote speaker was none other than former First Lady Michelle Obama, in her first public appearance since returning to private life. Turns out, she feels quite strongly about architecture. 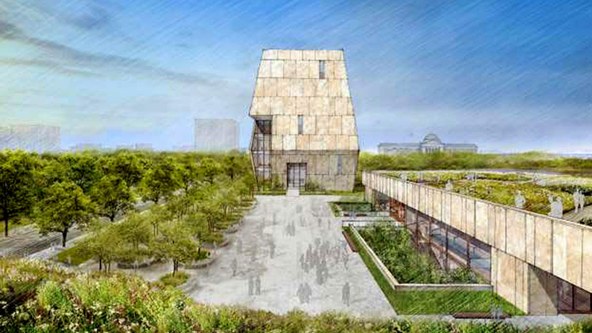 Hear her views on why buildings matter, how home life has changed since leaving the White House, her hopes for the presidential library to be built on Chicago's South Side, and what the profession can do to widen access to the field of architecture. It all starts with children.

Thanks to Miriam Sitz, web editor at Architectural Record, for providing DnA with her audio recording of Michelle Obama's conversation with AIA president Tom Vonier.

It's now down to two cities, Los Angeles and Paris, competing to host the 2024 Summer Olympics. A final decision is coming in September. But next week, 13 officials with...