A Taste of the Future at 'A New Sculpturalism'

A New Sculpturalism will show models, sketches and photographs of buildings constructed by more than 30 of LA’s leading and lesser-known architects.

In addition they asked Benjamin Ball and Gaston Nogues of Ball-Nogues to create a custom gateway (as we air, their participation is still being negotiated.) DnA visited each of the designers in their studios to get a sense of what they are building, and got a taste of the digital design and materials research that might inform buildings of the future. 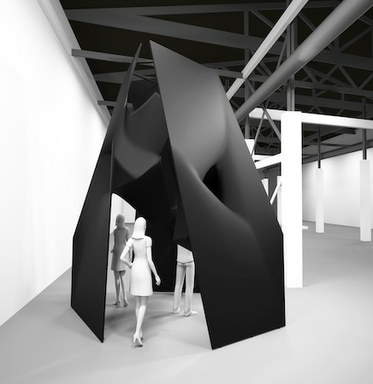 MOCA, Drama and 'A New Sculpturalism'

Drama in the Making of 'A New Sculpturalism'

A couple years back, MOCA brought in a visiting curator, Christopher Mount, to create a show of LA architecture dating back 25 years. The Getty granted the museum almost...

A Taste of the Future at 'A New Sculpturalism'

A New Sculpturalism will show models, sketches and photographs of buildings constructed by more than 30 of LA’s leading and lesser-known architects. But, knowing that...