There's been an explosion of expression in reaction to the Trump administration, from searing comedy to pink pussyhats. So how much of a role do artists play in protesting -- or promoting a regime? Joes Segal is a chief curator at The Wende Museum, the collection of Eastern Bloc art and printed ephemera from the Cold War years. 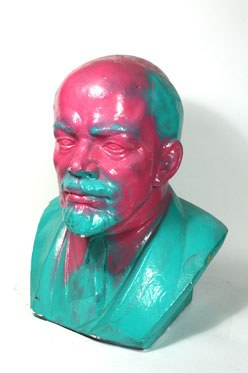 He's published a book of essays, Art and Politics: Between Purity and Propaganda, in which he looks at a century of art movements and how they became weapons in the fights over totalitarianism and fascism, communism and capitalism. And Segal asks, is President Trump doing what artists have done in the past: "creating an alternative reality?"

At this Sunday's Academy Awards, five pairs of production designers and set decorators will compete for the Production Design award. The nominees are Arrival, Fantastic...

There's been an explosion of expression in reaction to the Trump administration, from searing comedy to pink pussyhats. So how much of a role do artists play in protesting...

What does creativity have to do with winning the Cold War? In the late 1950s, the top architects of the day were invited to participate in a historic study of creativity at...