Would you choose to rent or own a condo in a multifamily building, or own a single family home?

If you are an Angeleno with the means, it is likely that you would choose the latter. After all, a house is a means to personal freedom, outdoor space, control over design choices, and accumulating wealth.

That deep desire for a house and yard -- and the protection of that type of home -- has been promoted since the founding of Los Angeles. But now it may be getting in the way of upzoning the region.

Can we make multifamily dwellings the new California dream?

Frances Anderton talks to Christopher Hawthorne, LA’s Chief Design Officer, about reaching the “missing middle” with innovative ideas about the design and financing of homes. 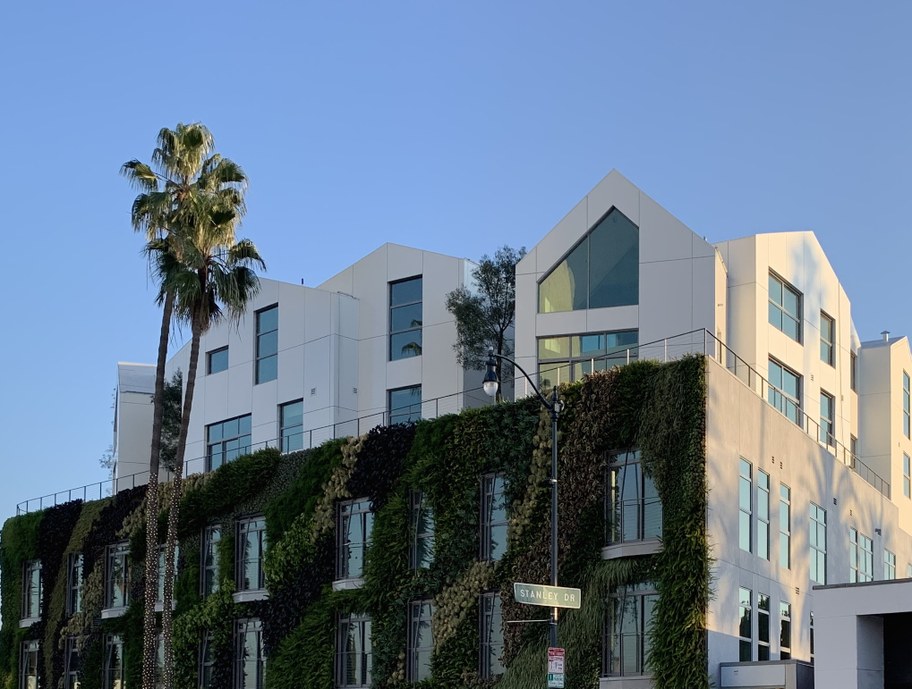 Gardenhouse condos in Beverly Hills, designed by MAD Architects, offer a new spin on the California dream home and "yard". Can this creativity be applied, affordably, to the "missing middle" in single family neighborhoods? Photo by Frances Anderton/KCRW

Senate Bill 50 was the polarizing housing bill that proposed overriding local zoning in order to increase density around transit. It was rejected for good at the end of January, after several attempts to get it passed.

Advocates of greater density blamed the NIMBY (Not In My Backyard) mindset for holding back development of much needed housing.

But are NIMBYs the only obstructionists? Or is there a bigger hurdle to changing housing policy: the California dream of home ownership? Both NIMBYs and many so-called YIMBYs (Yes in My Backyard) will, if given the choice and the means, purchase a house with a yard rather than rent an apartment or own a condo.

This is a desire long nurtured by imagery in publications from “Sunset” in the last century to “Dwell” and other lifestyle magazines in this one.

It is promoted by banks and mortgage lenders, and enabled by elected officials. Homeowners have far more political power than renters, and they dominate planning and design review boards, even though renters now make up more than 60% of residents in Los Angeles.

So the mayor’s office is looking at innovative ways to create multifamily buildings that meet all of those needs, and can fit nicely into single family districts, without upsetting the neighbors.

Christopher Hawthorne and colleagues are looking at a specific group -- the so-called “missing middle.” Those are middle income people who want to own a home but can’t afford a house in the large lots typical of 20th century LA.

That’s probably young families -- the next generation of Angelenos. They don’t want to rent forever, and if there’s nothing to buy, many will look to other cities.

The team at the mayor's office are looking at both physical and financial solutions. 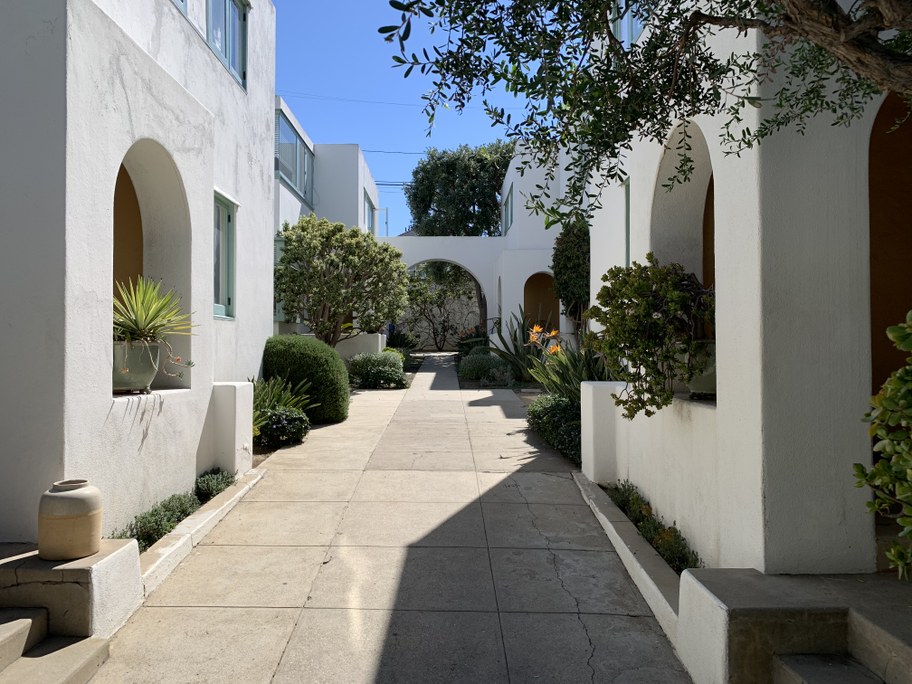 Financial incentives might include a tax break for renters, or subdividing single family properties into smaller, more affordable lots, says Hawthorne. That would advance the gains made by the expansion of ADUs -- or Accessory Dwelling Units -- which have successfully introduced more rental housing into single family neighborhoods at a scale that fits with the existing fabric.

The design concept they are considering, which may take the form of a competition, is for something mid-scale, made of one or two story wood frame construction, perhaps two to eight units, that can fit comfortably into neighborhoods currently zoned R1.

Midrise housing has a noble history in Los Angeles, from the bungalow courts and gorgeous jazz age apartment buildings of the early 20th century, to the light-filled, mid-scale experiments in multifamily living by the likes of Irving Gill, Rudolf Schindler, Richard Neutra, Gregory Ain and many other modernists. But given the pervasiveness of the single family dream in Los Angeles, these designers are better known for their single family house designs.

Hopefully this will change, as designers and policymakers produce concepts for residential living that are just as alluring as a house and can be today’s version of the California dream.