César Pelli and the art of glass skin architecture The designer of “The Blue Whale” has died. The Argentinian born architect César Pelli passed Friday at age 92, after a long career designing some of the most famous buildings in the world.

But in LA he made his mark with innovative, sleek, glass-skinned buildings inspired by LA artists working with light, surface and perception.

Pelli was born in 1926 in San Miguel de Tucumán, northern Argentina, and moved to the US to attend the University of Illinois School of Architecture.

He went on to found a firm that built the World Financial Center in New York City, Salesforce Tower in San Francisco and the Petronas Towers in Kuala Lumpur, for a time the tallest structure in the world. 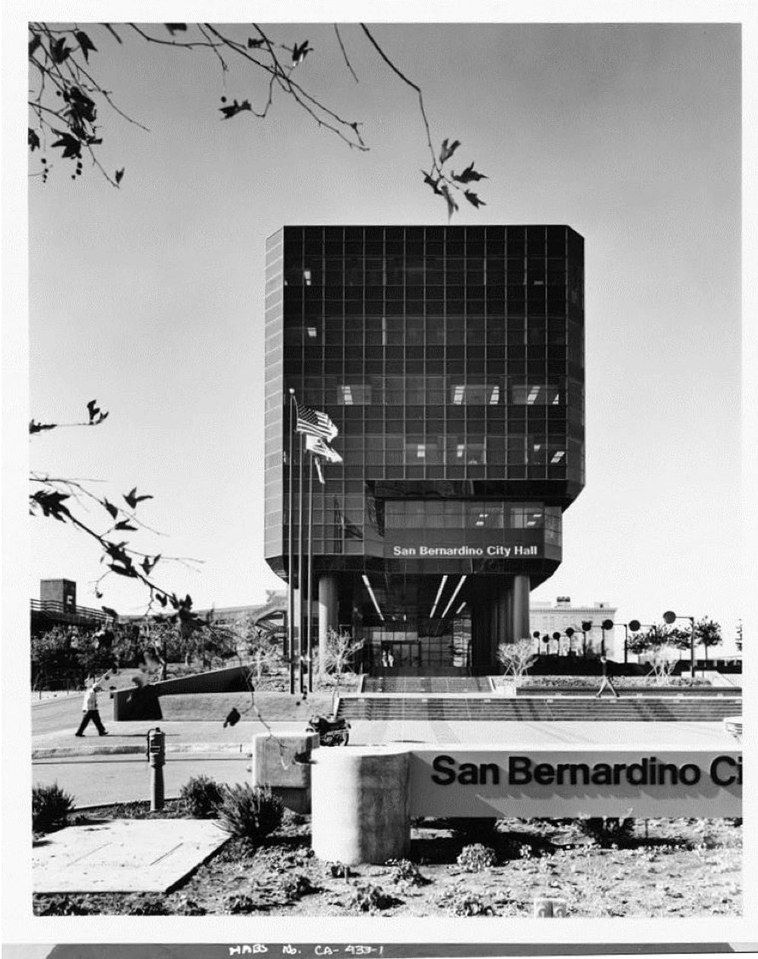 But in the 1960s he came to work for the large corporate firm DMJM in Los Angeles. While there, explains architectural historian Daniel Paul, he developed, with partner Anthony Lumsden, a “Miesian design language based around the curtain wall but making the mullions thinner…. so that from the outside of the building it looks like a smooth all over a continuous grid of reflecting glass from top to bottom.”

One of his early structures to utilize this seemingly unbroken glass cladding was San Bernardino City Hall, a six-story building designed in 1969. It was intended to reflect the urban environment around it and was meant as an homage to LA artist Larry Bell.

Pelli “wrote whole articles about perceptual transparency,” says Paul, “He wanted to play with the skin of the building. He wanted buildings to ‘celebrate the joy of their own skin’.” 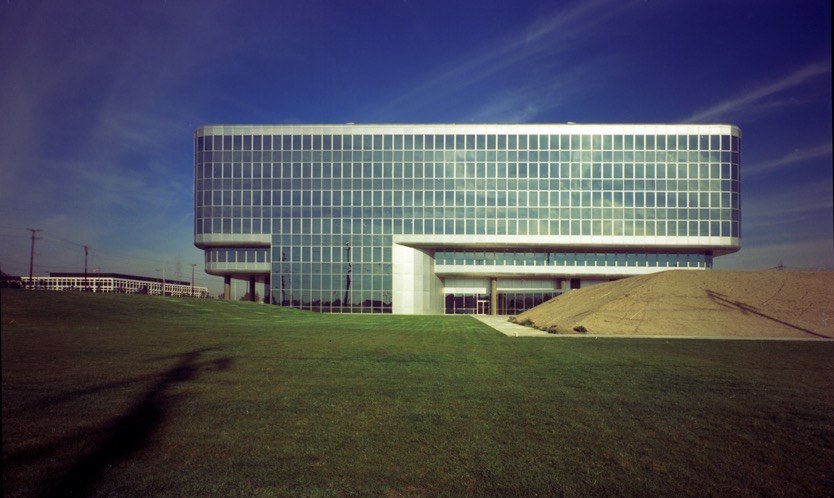 It was while working in Los Angeles for the firm of Victor Gruen Associates that he designed the Pacific Design Center, or PDC: three whimsically shaped, colored glass structures on Melrose Avenue that towered over neighboring houses and stores.

The gigantic Center Blue, nicknamed "The Blue Whale," opened in 1976.

Center Green followed in 1988. The complex was finally completed in 2013 with the addition of Center Red -- even as the design industry changed, showrooms moved out, and new tenants moved in. 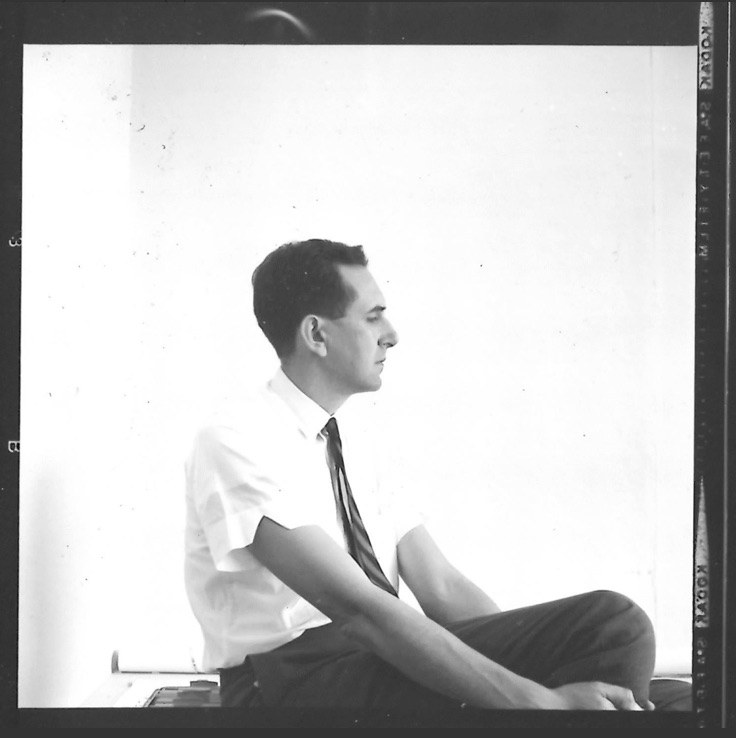 In later buildings, however, he tended to opt for more solid materials or more decorative treatments of facades. In part this was because sleek glass skins fell out of fashion.

Reactions to the PDC have long been mixed. Paul recounts how Pauline Schindler berated Pelli on the opening of Center Blue. She was horrified at the showroom complex looming over the neighborhood of low-rise stores and homes like the Schindler house, designed by her Rudolf Schindler.

But Pelli was proud of it, telling the LA Times in 1986 that the Blue Whale, “sits there like an intruder in an environment filled with little houses yet, in juxtaposition, it does not destroy the scale.”

César Pelli and the art of glass skin architecture

The Argentinian born architect César Pelli died last week at age 92, after a long career designing some of the most famous buildings in the world. We look back at his career.