The retail revolution is causing many malls to die or give themselves a makeover.

Some are changing tenant makeup altogether, like the Westside Pavilion and Horton Plaza in San Diego, which are reinventing themselves as tech centers.

And one of LA’s most famous malls, the Beverly Center, is upscaling. Owner William Taubman has brought in fancy eateries, artwork by Los Angeles artist Pae White, and The Webster. 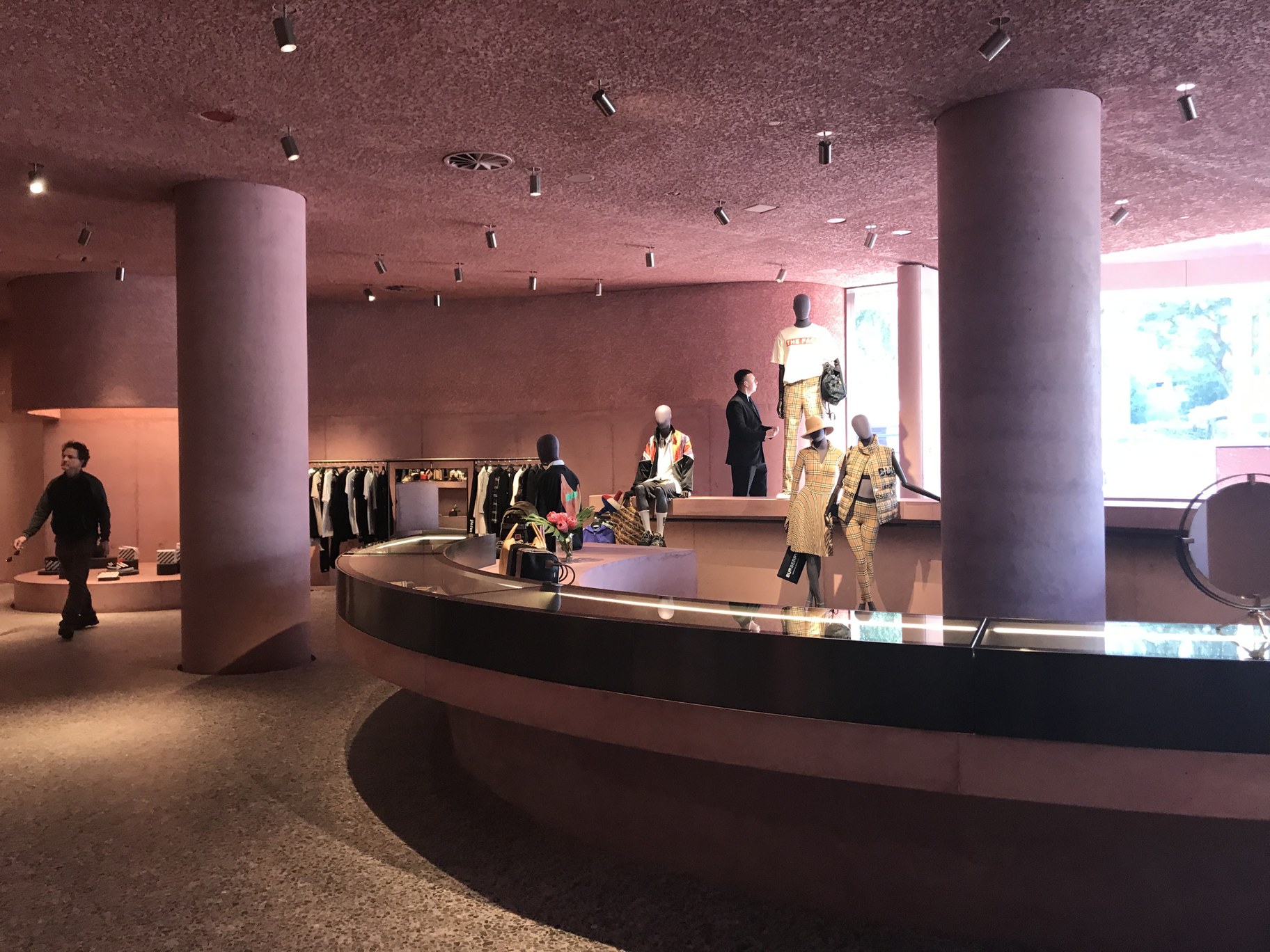 Inside The Webster, designed by David Adjaye, at the Beverly Center. Photo by Frances Anderton/KCRW

The Webster is a luxury fashion boutique that first opened a decade ago in Miami. Laure Hériard Dubreuil, a French entrepreneur, is its founder and creative director.

Dubreuil says she chose to build her seventh store in an area near other shopping districts like Rodeo Drive and Melrose Place. 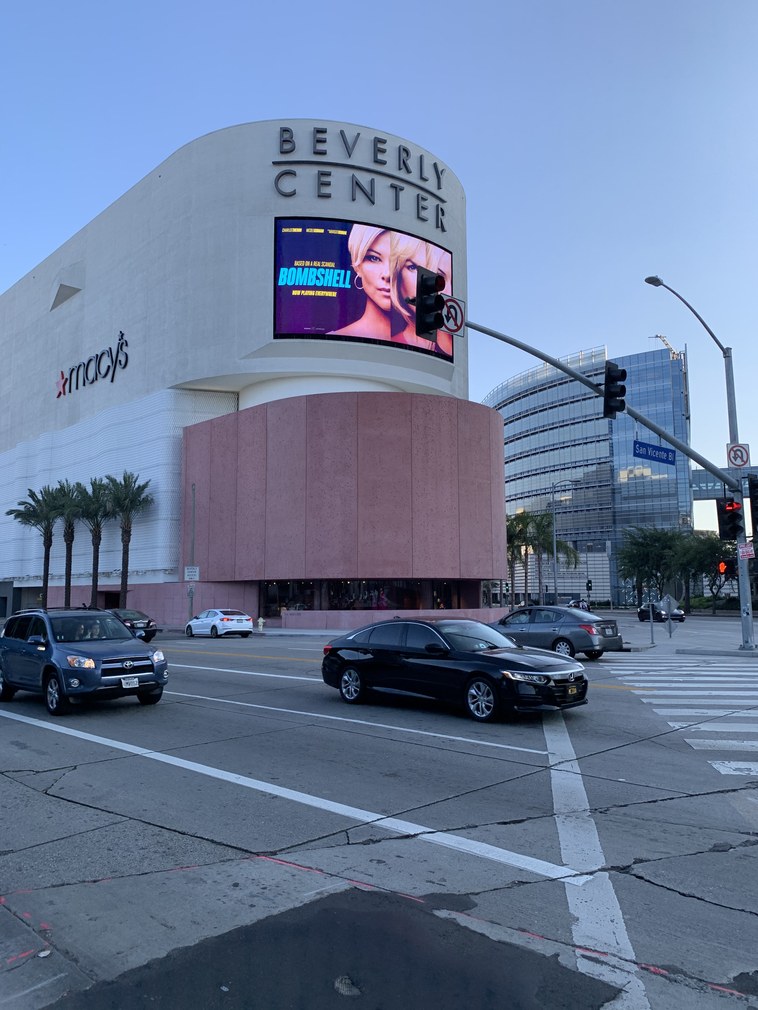 The Webster stands out from the rest of the Beverly Center. Photo by Frances Anderton/KCRW

Dubreuil says the death of retail has been exaggerated.

“Yes, you can get everything you want with two clicks at two o'clock in the morning in your bed. But when you like making the effort, and when you're going into a store, you want the personal connection. You want the curation. You want a space that inspires you. That, you know, stimulates you,” she says. 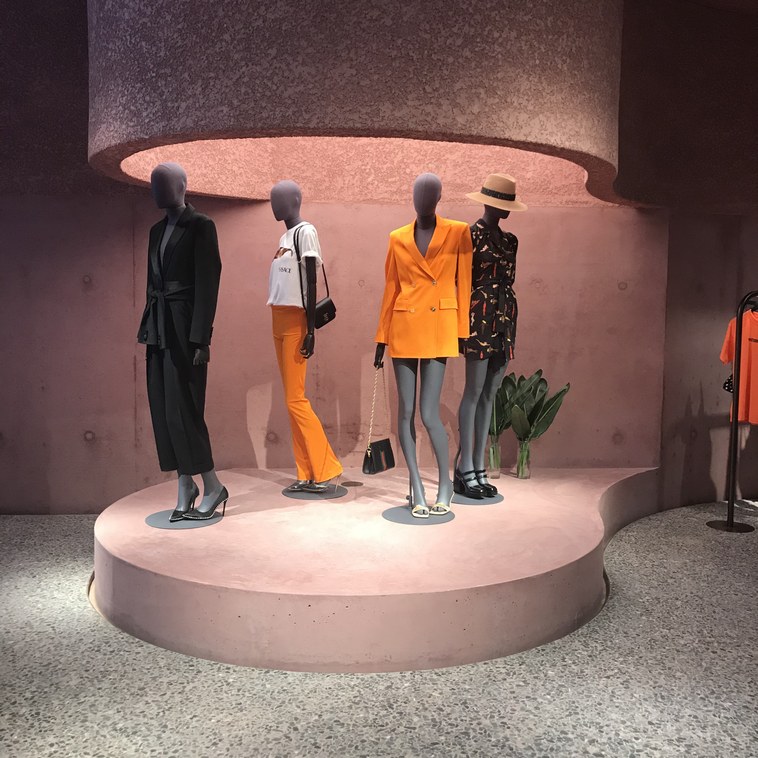 A display area inside The Webster, designed by David Adjaye, at the Beverly Center. Photo by Frances Anderton/KCRW

Dubreuil chose the designer David Adjaye to create the 11,000 square foot store for the luxury retailer. He’s the British-Ghanaian designer of the Smithsonian National Museum of African American History and Culture in Washington D.C., and an interfaith building in Abu Dhabi. This is the architect's first project in California.

Adjaye says that Dubreuil understood “what we were trying to do; and really understood that this idea of making a place, and making a memory, and making something that becomes a quality for people.” 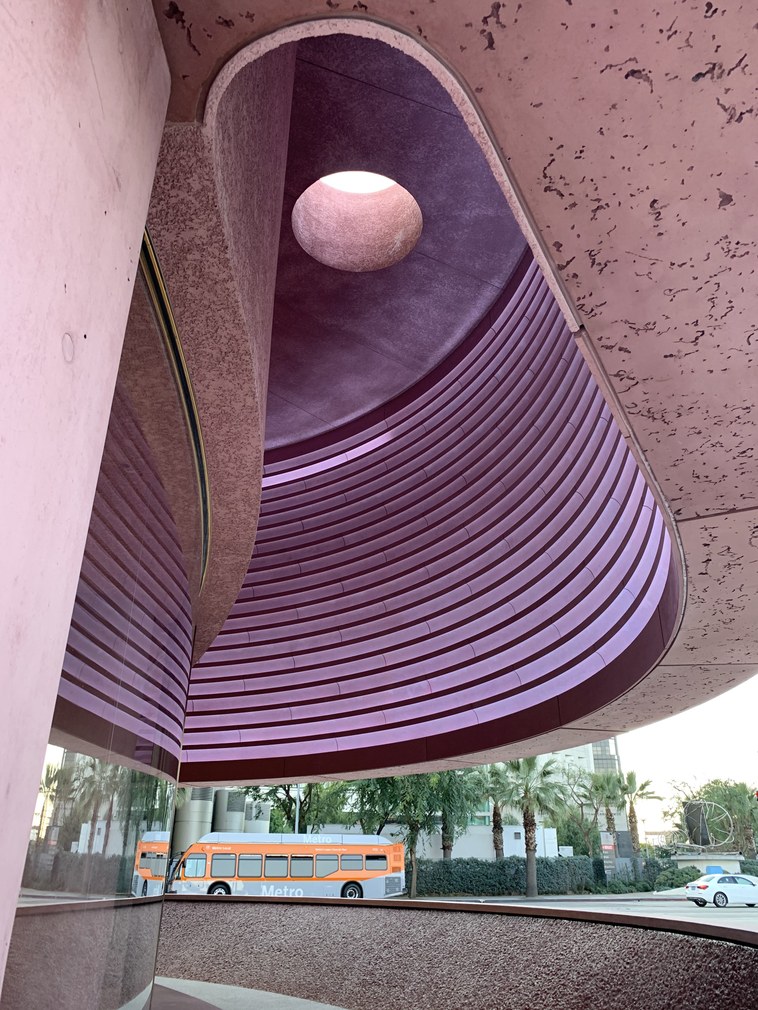 The oculus of The Webster, designed by David Adjaye, at the Beverly Center. Photo by Frances Anderton/KCRW

Adjaye designed a soft pink concrete snub of a building on the northwest corner of the hulking Beverly Center. The store has a beautiful entrance -- with a curving and sloping fountain built into an outer wall. There’s also an oculus, or round skylight, that drips light from above. Dubreuil says it “feels like a safe haven.”

“It's so nice to have a place where time stops,” she adds.

Setting up shop at the Bradbury Building and Beverly Center

One of LA’s most famous malls, the Beverly Center, is upscaling. Owner William Taubman has brought in The Webster, a luxury fashion boutique that first opened a decade ago...