Hip hop so rules our world, it’s easy to forget its humble beginnings back in the 1970s and 80s.

And one of the people who was there is visual artist Cey Adams. He stopped by DnA to share his recollections of a pivotal time in music and graphics as well as his new work.

A show now up at the Annenberg Space for Photography in Century City takes you back to the roots of hip hop -- before it was a global phenomenon.

“Contact High: A Visual History of Hip-Hop” is an exhibition of polaroids, iconic images and the original contact sheets of photos of teenage rappers in New York and LA. 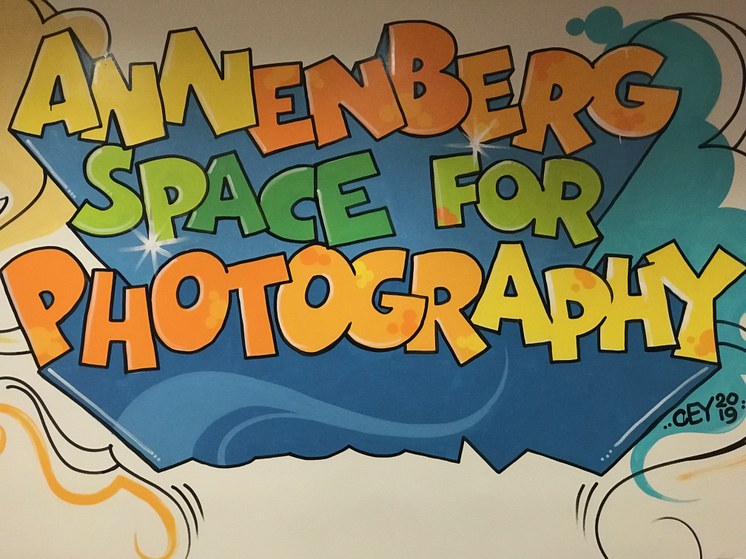 Cey Adams painted this tag in the pop-up store at the Annenberg Space for Photography. Photo by Frances Anderton/KCRW

The photos, taken by Janette Beckman, Danny Clinch, Glen E. Friedman, Estevan Oriol and others, capture kids when they were having fun with a new sound and new style; kids who would go on to become famous: Notorious B.I.G., Tupac, Salt-N-Pepa, Outkast, Jay Z, Kanye West, Snoop Dogg, NWA, and many more.

Also in the show is a pop-up record store, featuring some of the classic hip hop album covers of the period. They include -- when in stock -- designs by Cey Adams, who painted a tag in his old graffiti style in the pop-up store. 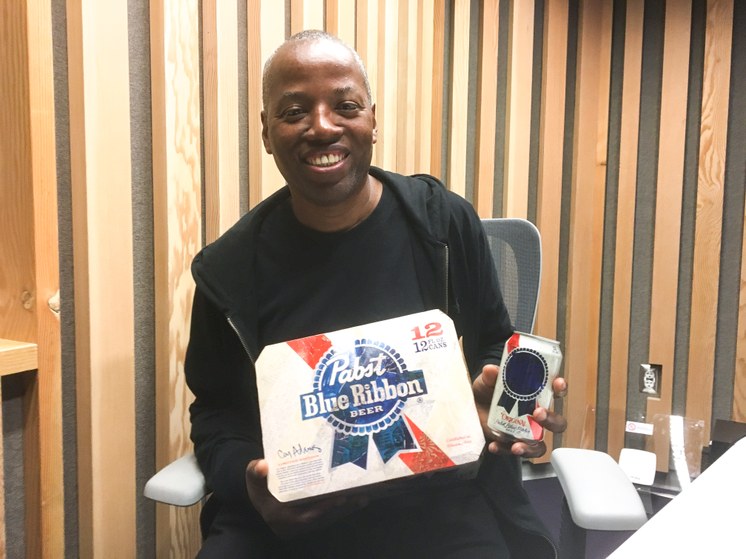 Adams was a teenage graffiti artist who turned himself into a graphic designer when he met Rick Rubin and Russell Simmons in 1983 and became the founding creative director of Def Jam Records.

“If there was a magazine ad that need to be laid out, I had to figure out how to do that. So in a sense I was a one man design studio. And I also had to teach myself how to do traditional cut-and-paste graphic design because coming from a graffiti background I didn't have any formal training,” Adams said. 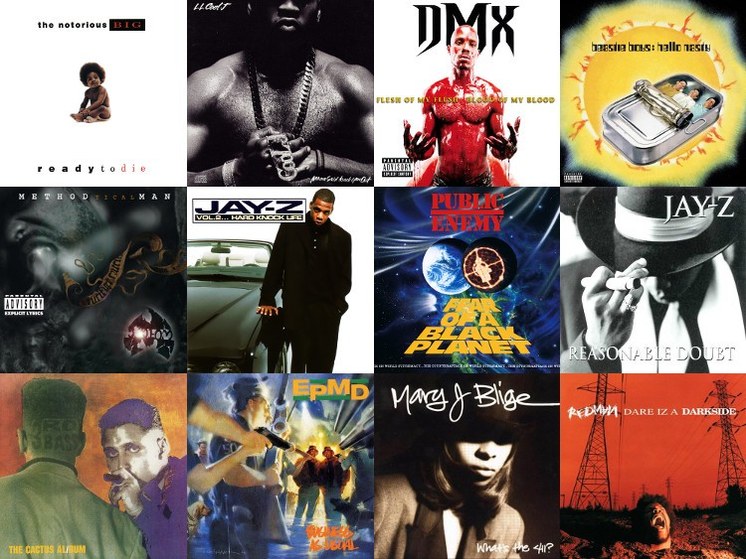 Some of the album covers designed by Cey Adams.

He went on to design album covers, T-shirts, club flyers, posters and tour backdrops for Public Enemy, Slick Rick, LL Cool J, Mary J. Blige and his great friends The Beastie Boys, among many others.

That experience, says Adams, has played to his advantage throughout his career, “because hip hop continuously remains cool.” And that’s because, in his view, “it's real and it's from the heart.” 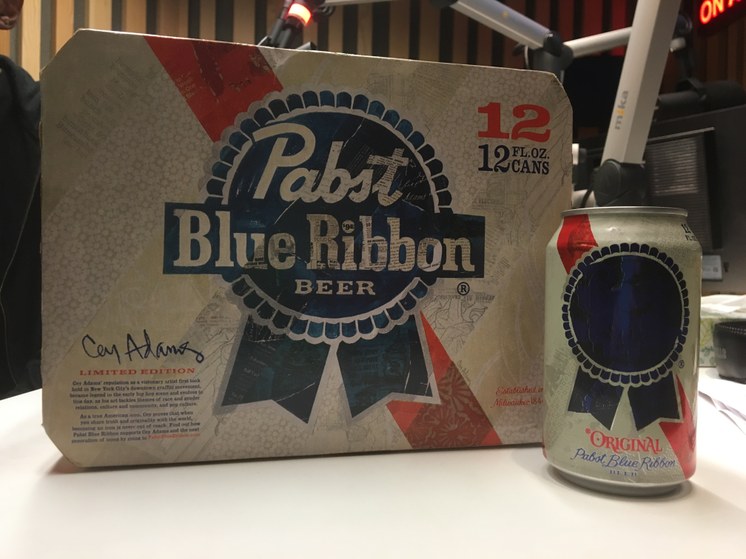 Adams stopped by the station when he was in town for the opening of “Contact High,” and took us back to that time as well as to the projects he’s working on now, like a remix of the Pabst Blue Ribbon beer logo.

He made a collage painting of the original PBR logo and mixed it up with clippings from “old magazines and newspapers and handmade fiber papers and things from other countries and cities as well.” 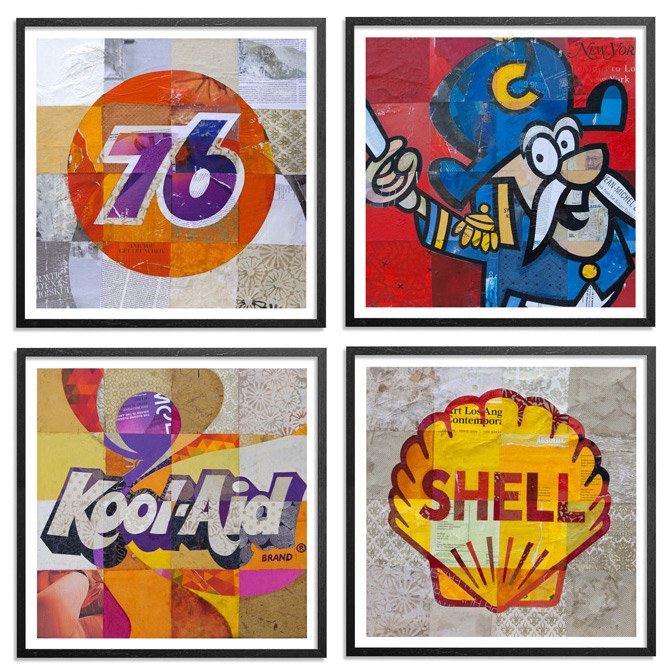 He also created a fine art series called “Trusted Brands,” in which he reinterprets logos he loves.

“It's based on my childhood memories sitting in the back of my parents’ station wagon driving across country to visit family and just seeing gas stations go by and signs in store fronts. All of that branding is pure Americana,” Adams said.

“I wanted to honor all of the the logos and brands that I grew up with... really to just celebrate the craftsmanship of the design.”

Shade: a luxury amenity in LA

Los Angeles is undergoing a transition, from sprawling, car-based culture to a denser, more urban region where people walk and use more mass transit.

Hip hop so rules our world, it’s easy to forget its humble beginnings back in the 1970s and 80s.