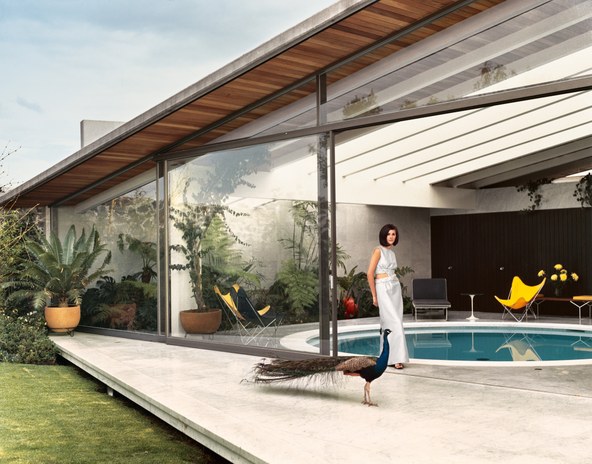 Mexico, our neighbor to the south, has long influenced California's design and architecture. Turns out, the inspiration flows both ways, a story that is told through art, artefacts and architecture in LACMA's new PST LA/LA exhibition, Found in Translation: Design in California and Mexico 1915-1985."

The goal, co-curator Wendy Kaplan tells DnA, was to recontextualize the "usual suspects", the "dreamy evocation of Spanish dons, the hacienda, the noble native, as opposed to the decimation and appropriation of indigenous Mexican culture. So we present the myths and we dispel the myths, but also discuss the persistence of myth and how that has affected perceptions up until today."

Along the way the show questions why for so long Mexican influence was credited to Spain; and why we put up walls between two countries that have been sampling each other's cultures for so long.

The LA Times arts writer Carolina Miranda talks to DnA about a subset of this cross-pollination: the "colonial californiano" buildings in 1930s Mexico City copied from Hollywood's "Spanish-style" architecture.