Installation view of “Soul of a Nation: Art in the Age of Black Power 1963-1983” at the Broad, 2019, featuring paintings by Wadsworth Jarrell and dresses by Jae Jarrell. Photo by Pablo Enriquez, courtesy the Broad

An artist collective formed in the late 1960s called AfriCOBRA made art to empower black communities. And it was gorgeous.

“The colors we were using is part of the AfriCOBRA philosophy we call ‘cool-ade colors,’ which related to the colors that African-Americans were wearing in the ‘60s all over the country,” said artist Wadsworth Jarrell.

His work is part of a blockbuster show at The Broad. “Soul of a Nation: Art in the Age of Black Power 1963-1983” has been the most highly attended special exhibition in the museum’s four year history. 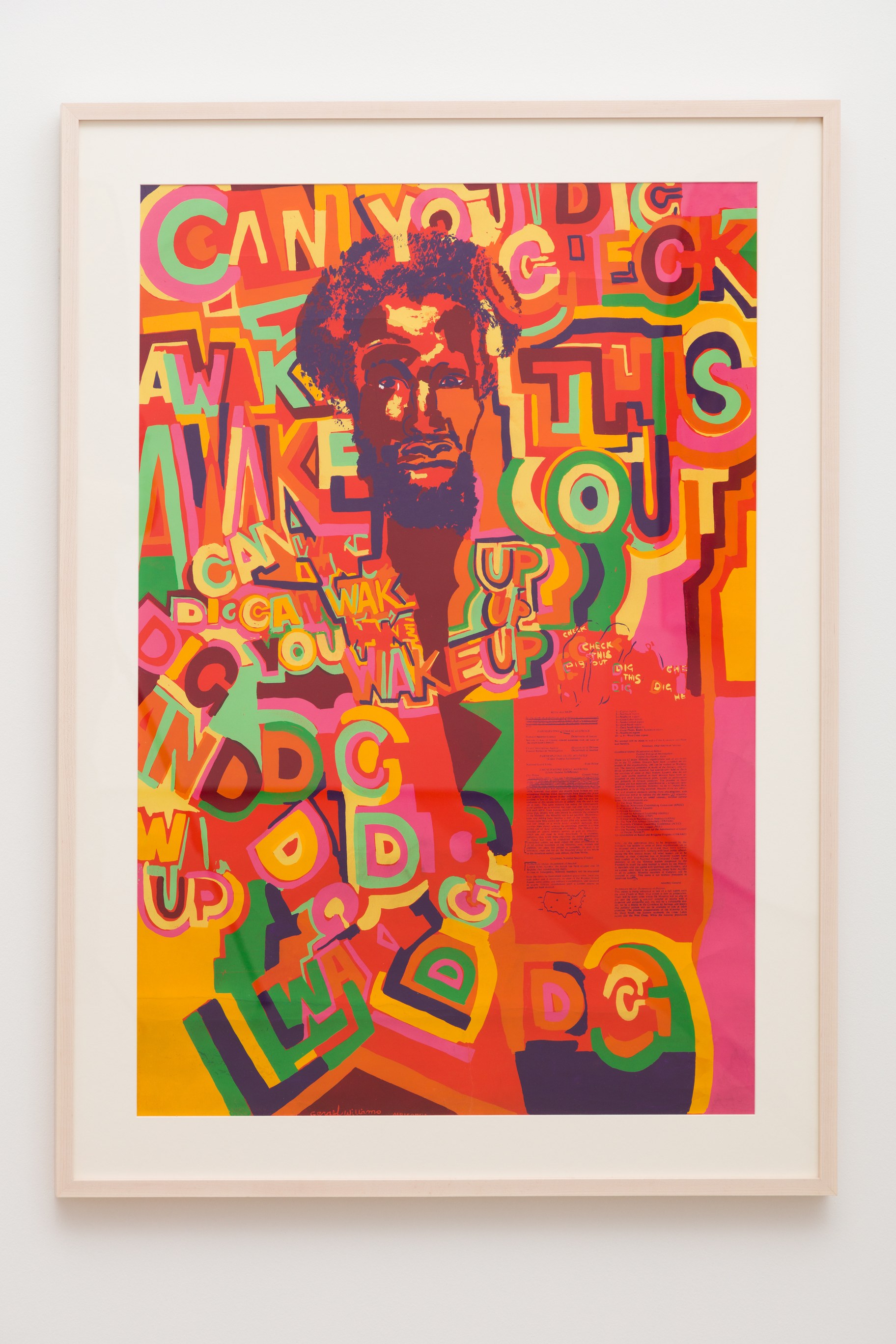 The show closes Sept. 1 and heads off to another stop on the tour that started at the Tate Modern in London.

The exhibition includes numerous important artists, among them Charles White, Romare Bearden, and an entire gallery devoted to Betye Saar.

But perhaps the splashiest works are by AfriCOBRA, which was founded in the 1960s in Chicago. Their name stands for “African commune of bad relevant artists.” 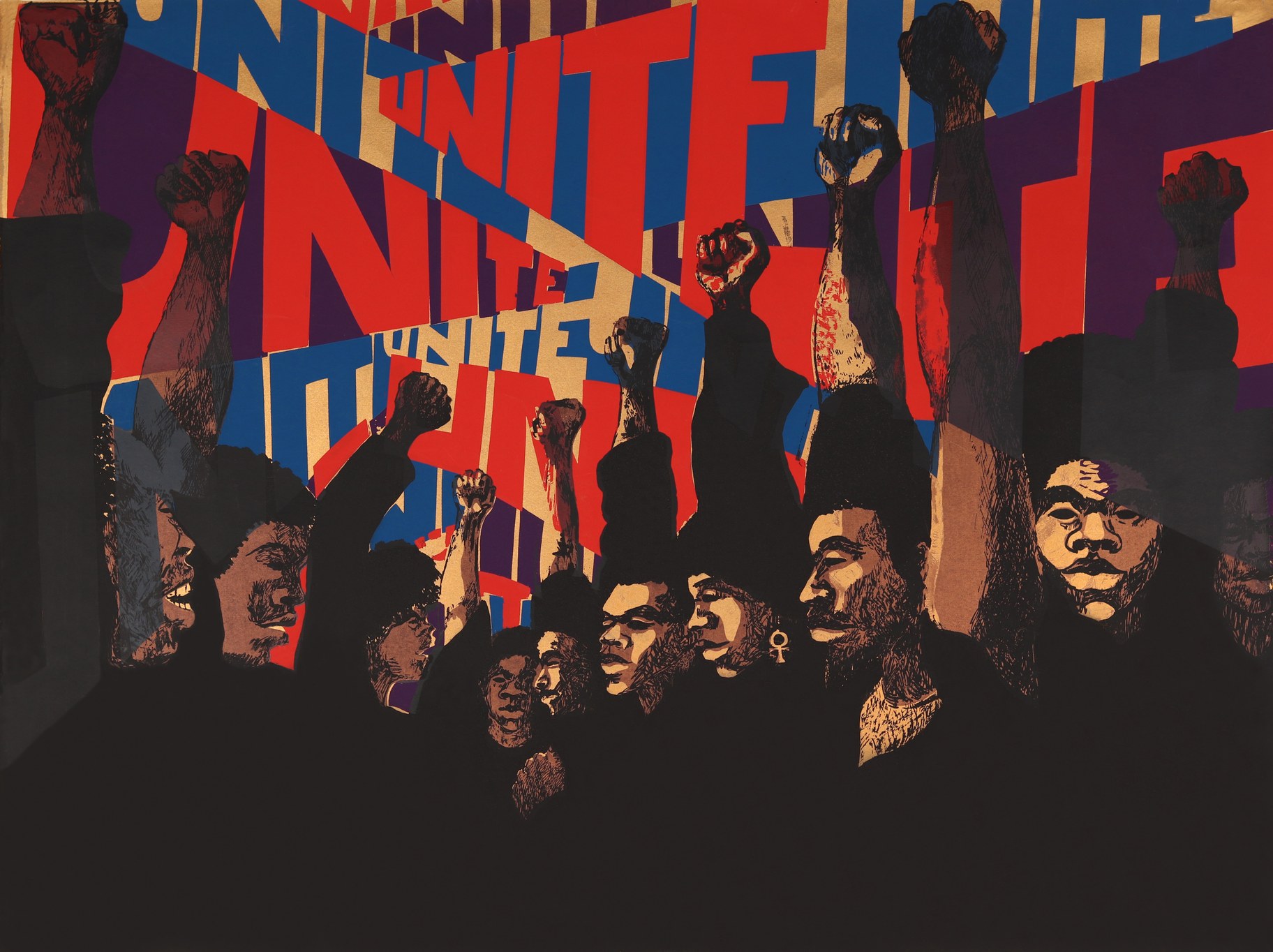 “There is definitely this uplifting of black heroes and that was something that the black arts movement -- which was effectively the aesthetic sister of the black power movement -- they really called for figurative legible images that would lead to political change,” said Broad curator Sarah Loyer.

On one wall of the gallery are three of Jarrell’s splashy paintings of Angela Davis, Malcolm X and a group of Black Panthers, with faces rendered in vivid pink, orange, purple and green. Around their heads are fragments of speeches they made.

So is the work still relevant today? Absolutely, Jarrell said.

“Things never change really from the 60s. Our work is just as relevant today as it was then. Actually it's more relevant probably than the 60s,” said Jarrell. “You had two presidents that escalated the race problem in America. When Obama got in it escalated it, and Trump has got in, it's on steroids now.” 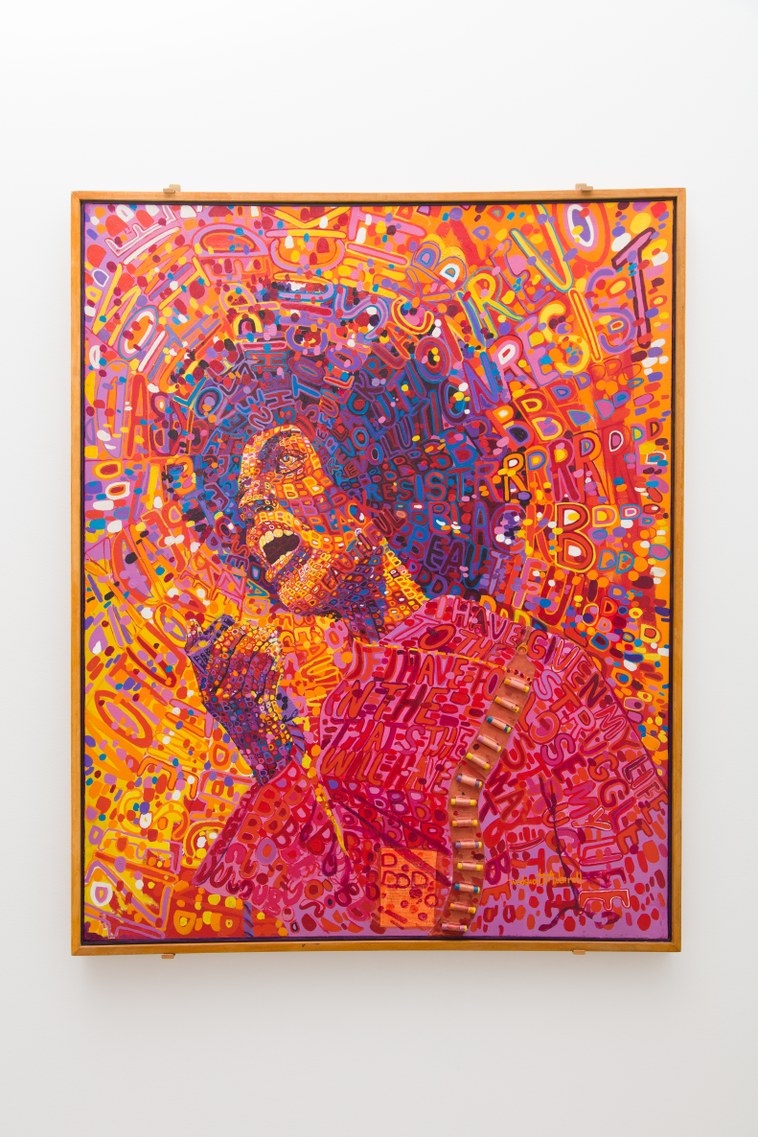 In front of his paintings of Angela Davis, Malcolm X and the Black Panthers are two dresses by Wadsworth’s wife, Jae Jarrell, a designer and a founding member of AfriCOBRA.

One dress is a revolutionary’s suit with a strip of dowels that look like a bullet belt, but they’re made out of oil pastels.

“It's as if she's making this comparison between the need for art and, at the time, the way that militancy was used in the black power efforts,” Loyer said. 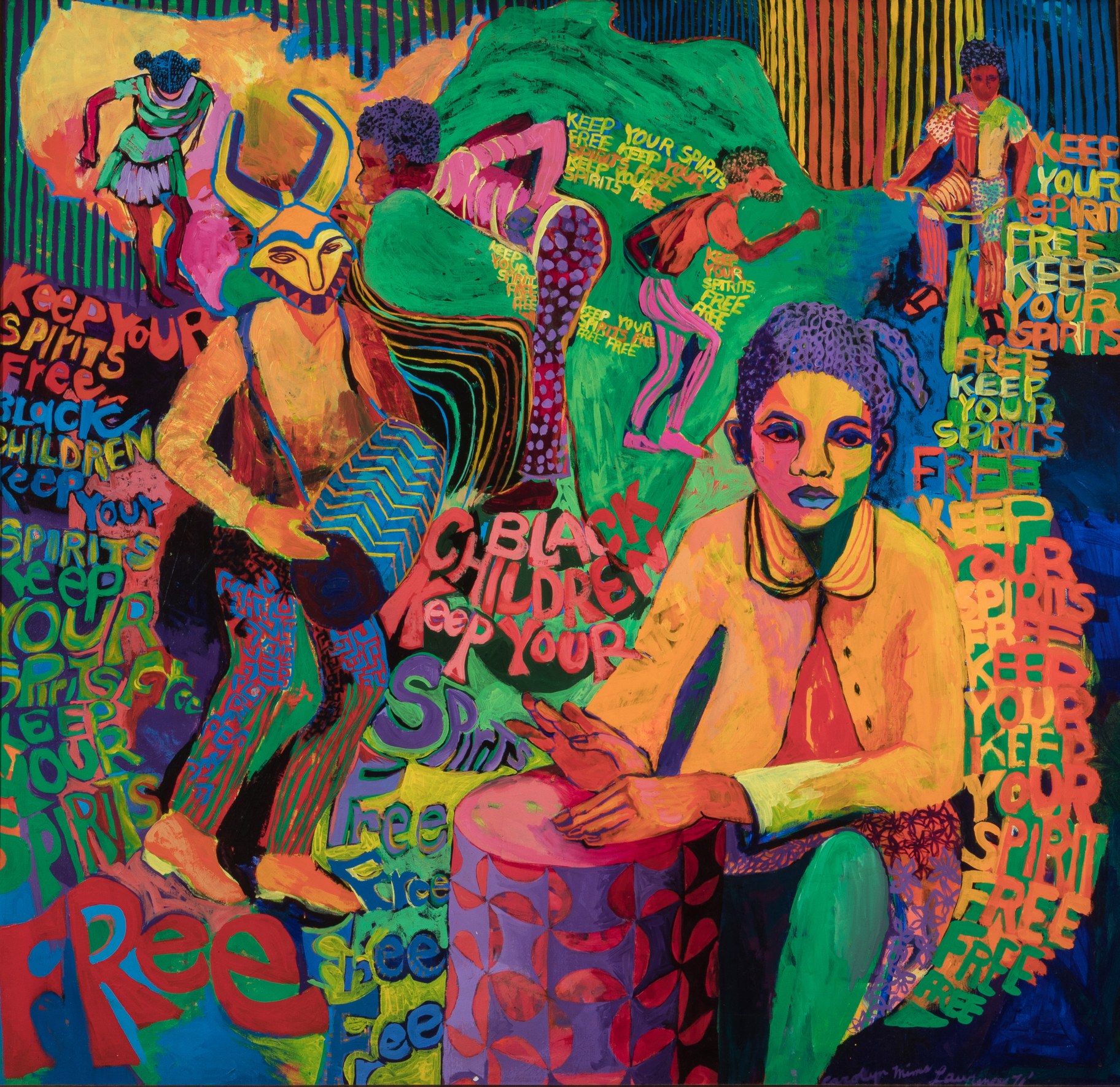 Also in the AfriCOBRA gallery is another colorful painting with figures of African-American children dancing and drumming, surrounded by words, including a phrase that serves as the title of the painting: “Black Children Keep Your Spirits Free.” The artist is Carolyn Lawrence.

“The painting, The inspiration for it, came from ideas when I lived during a different time. But the message unfortunately all these years later is still the same, that they should keep here their spirits free, and have confidence in who they are and to value themselves, to value their thinking, the way that they live and express themselves,” Lawrence said.

Dive into the glittering swimming pools of 'Splash'

The LA-based architectural photographer Tim Street-Porter has traveled the world for decades and while on assignment would snap pictures of swimming pools.

An artist collective formed in the late 1960s called AfriCOBRA made art to empower black communities. And it was gorgeous.