The Fashion of Illusion 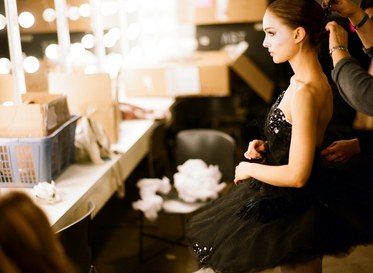 As fall collections hit the runways this week in New York, one of the hottest shows will be that of Rodarte, a Los Angeles-based fashion brand known for its unique melding of conceptual art and material science. Drawing inspiration from eclectic sources ranging from the ethereal quality of the California wilderness to the fantastical set design of sci-fi movies, the Pasadena natives Kate and Laura Mulleavy launched their fashion brand six years ago to almost immediate critical acclaim. The Mulleavys are also in the spotlight for designing the ballet costumes for Black Swan, the Oscar-nominated film directed by Darren Aronofsky. At their studio in downtown L.A., the sisters talk with Frances about creating frilly-yet-menacing tutus for the psycho-sexual thriller, and about the show Rodarte: States of Matter, which opens at MOCA Pacific Design Center next month. 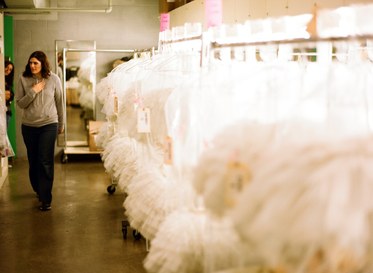 Racks of tutus made for Black Swan await their ballerinas 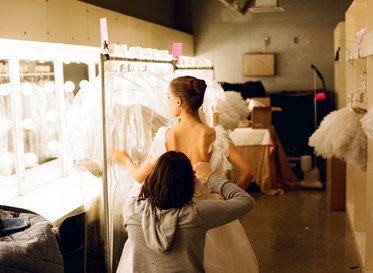 Natalie Portman gets fitted for a tutu by Laura Mulleavy 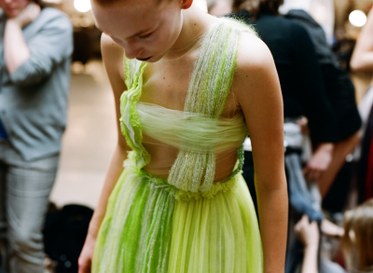 Rodarte gowns take their cues from pop culture and nature, like this dress inspired by slime 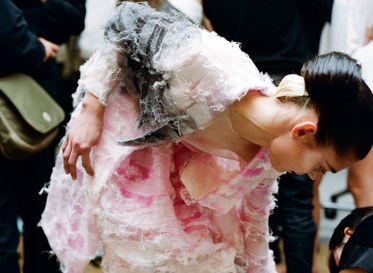 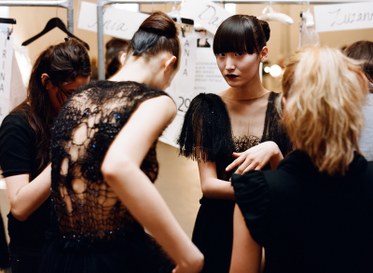 How challenging is designing fashion for the movies? To find out, Frances heads to the opening of The Art of Motion Picture Costume Design at the Fashion Institute of Design and Merchandising. There she talks to fashion designer, FIDM instructor, and Project Runway alumnus Nick Verreos, who shows the artistry behind some of the costumes from over 20 films released in 2010, including Oscar-nominated films Alice in Wonderland and The King's Speech. Author Cathy Whitlock, who writes the blog Cinema Style, explains why production designers and art directors are essential to the art of illusion on film. 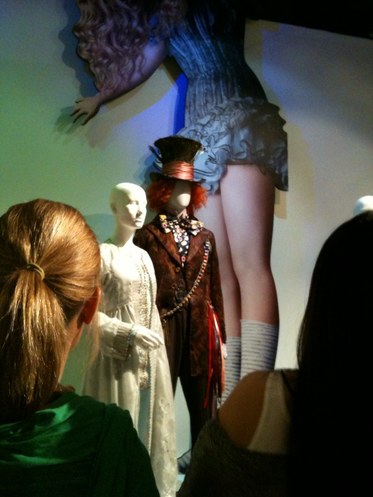 Costumes from the Oscar-nominated Alice In Wonderland, designed by Colleen Atwood 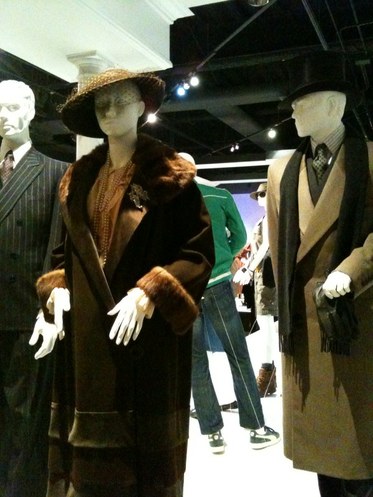 The Art of Rodarte: Black Swan and Design for the Movies

The Ackermans: A Designing Couple

The Fashion of Illusion

Oscar-nominated actress Natalie Portman wears a Rodarte-designed tutu for Black Swan As fall collections hit the runways this week in New York, one of the hottest...