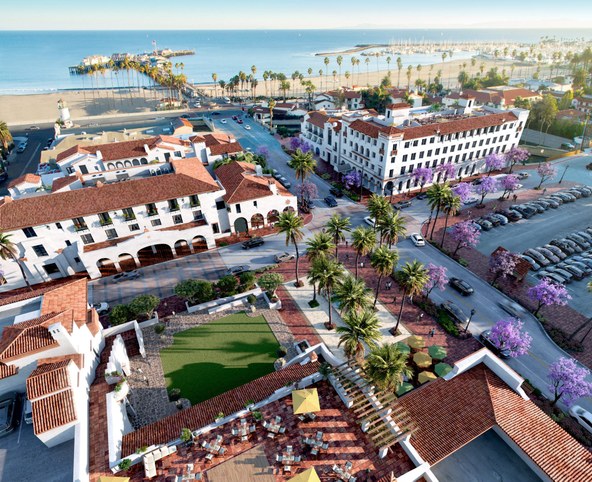 New construction is changing the look of Santa Barbara's waterfront. First, a new science museum opened its doors earlier this year. Now, a major development taking up three parcels of land is about to open. While both projects are meant to boost tourism along the city's main corridor, it also means saying goodbye to part of its charm.

The Funk Zone used to be a real estate wasteland. It was full of grain mills and fish packing houses. Then, in the 1970s, artists started renovating these cheap, industrial spaces into funky apartments and studio workplaces. About twenty years ago, those artists started getting priced out.

Rents went up. Wine tasting rooms moved in. So did breweries, high end bars and restaurants. Tourists from LA started coming up for bachelorette parties. Just like the Arts District in LA, the Funk Zone became unaffordable for artists and craftspeople.

Now a development called La Entrada is going in next door. It's a 250,000 square foot project that'll include a swanky hotel with rooms for $500 a night, a rooftop pool, an upscale restaurant, parking garage and more.

So, what will Santa Barbara's waterfront look like once all this construction and development is complete?

KCRW's Kathryn Barnes spoke to residents who lament the loss of the Funk Zone's eclectic spirit, as well as those who are looking forward to new developments.