As foreign dignitaries patronize Trump hotels, the president is being sued for violating the Constitution's Emoluments Clause. But that's not stopping the Trump Organization from launching new hotels. 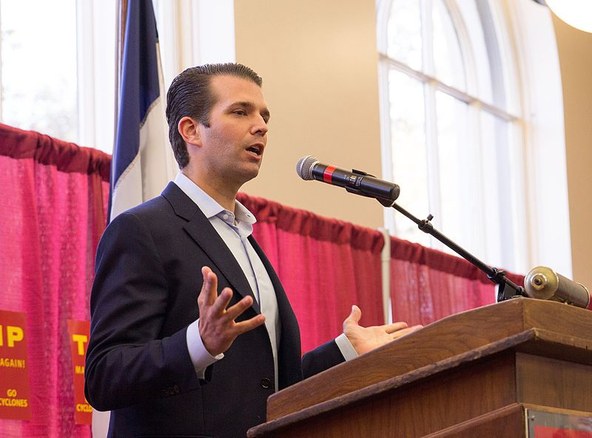 Donald Trump, Jr. at a campaign stop at Iowa State on November 1, 2016
Photo by Max Goldberg

Last week they announced a new three-star hotel chain called American Idea. The Trump children were reportedly inspired by folks they met in small towns on the campaign trail. The first franchisee is Chawla Hotels in Mississippi, which already owns Holiday Inns and Comfort Inns. They plan to retrofit three existing properties.

American Idea hotels are expected to feature decor and artifacts that celebrate American culture and American manufacturing. But they won't bear the Trump name. Why not? And how does Trump advance a brand that's become polarizing? We hear from a marketing expert who has studied the Trump brand.

As foreign dignitaries patronize Trump hotels, the president is being sued for violating the Constitution's Emoluments Clause. But that's not stopping the Trump Organization...

LACMA is coming to South LA

LACMA's Wilshire Boulevard complex is on the brink of a major transformation. Four of its buildings are said to be falling apart and are set to be demolished. Taking their...

In 2004 Daniel Joseph Martinez built a replica of the cabin occupied by Ted Kaczynski, known as the Unabomber. Every time it's displayed, he repaints it in the seasonal...