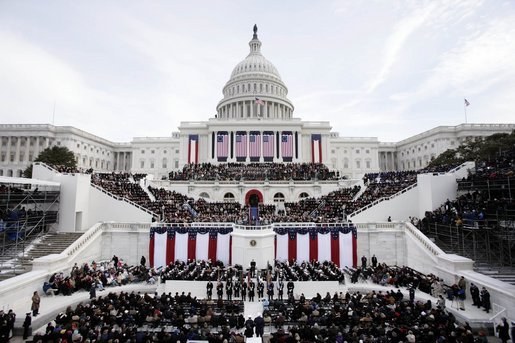 President-elect Donald Trump's inauguration will be held this Friday. We don't know much about what will happen. We're told the focus will not be on celebrities. The little we do know comes from LA-based real estate investor Tom Barrack, chairman of the inauguration committee, who said to expect "soft sensuality" at the event. To make sense of what this might mean, DnA spoke to Architectural Digest's Mayer Rus, and Joan Behnke, an interior designer who has counted Mr. Barrack among her many wealthy clients.

Official White House photo by Paul Morse President-elect Donald Trump's inauguration will be held this Friday. We don't know much about what will happen. We're told the...

Photo by Tim Ahem There's a development boom underway in Los Angeles. Big commercial and residential projects are being built across the city. Not everyone is happy...