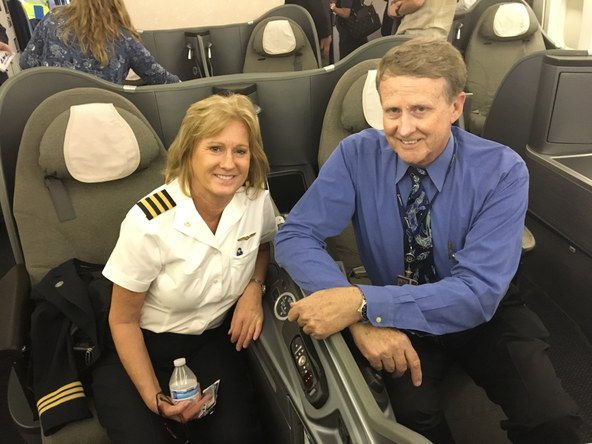 The "Queen of the Skies" - the Boeing 747 - makes its final flight today for United Airlines.

DnA talks to wistful 747 pilots about what made the plane so special. One pilot says that even though it was a large airplane it "handled like a little sports car, super easy to land and a technological marvel of the time."

We learn why it's being replaced: newer planes, like the 787 Dreamliner or the Airbus A350, are more fuel-efficient and more comfortable for passengers, with more humidity and lower cabin pressure, meaning less fatigue.

Plus, airlines are focusing on now moving more people in smaller planes to small far away destinations, and that means plane design has to change.

We get a glimpse of just how: designers are working on better air and lighting, maybe staggered seating -- and, perhaps, the return of supersonic planes.