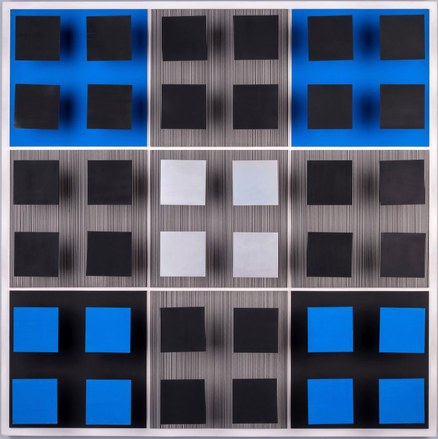 Pacific Standard Time LA/LA is still going on and now, as the weather is cooling, it's a good moment to visit the shows in the desert.

Architect and DnA contributor Marisa Kurtzman heads to Palms Springs to check out Albert Frey and Lina Bo Bardi: A Search for Living Architecture at Palms Springs Art Museum. The Swiss-born Frey and Italian-born Bo Bardi are both European Modernists who come to the Americas. One goes north to Palm Springs, the other goes south to Brazil, and they adapt their work in fascinating ways to their new environments, desert and jungle.

Also at Palms Springs Art Museum is Kinesthesia: Latin American Kinetic Art, 1954–1969. The work shares a visual similarity to the Light and Space artistic movement that formed in Southern California in the 1960s and ‘70s.

She says the Riverside show is a fascinating exploration of the creation of a fantasy Spanish Colonial style based on a reworking of "dilapidated" missions and showing scant respect for the people who built it or served as its inspiration.

She reflects on the lessons learned as an architect. "What I do doesn't just exist free floating as a form out in the environment," she said. Buildings are "inherently political and they have political implications for the people who build them, for the people who see them."