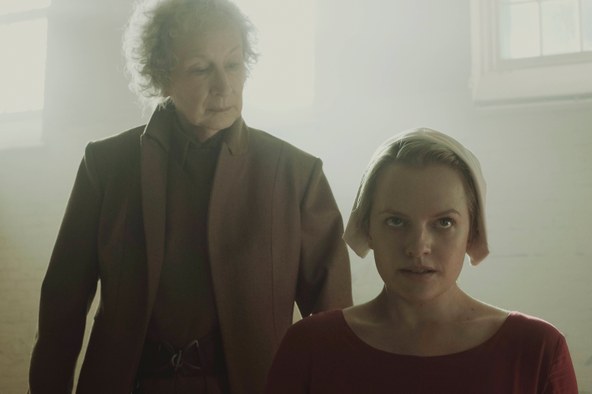 The word "timely" has been used repeatedly to describe Hulu's new series The Handmaid's Tale. So timely that it's already earned a parody on Saturday Night Live. This dystopian story stars Elisabeth Moss. As Offred, she is coming to grips with a new regime in which women's rights have been sharply curtailed. The show is based on the novel by Margaret Atwood. It's set in a future where mass infertility has been caused by toxic pollution, and the handmaids are the few women still able to give birth. In both the book and the adaptation costume and color are used to powerfully signal status and of state of freedom for the different groups. The costume designer, Ane Crabtree, tells DnA about her thinking behind the vivid red dresses and dramatic bonnets, the attraction of religious clothing to high fashion designers, and how she felt when activists donned similar outfits at a protest for women's rights. 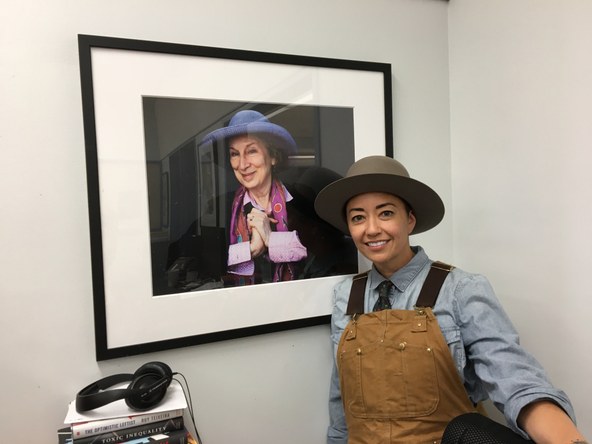 Costume designer Ane Crabtree at KCRW, beside a photograph of Margaret Atwood
Photo by Avishay Artsy