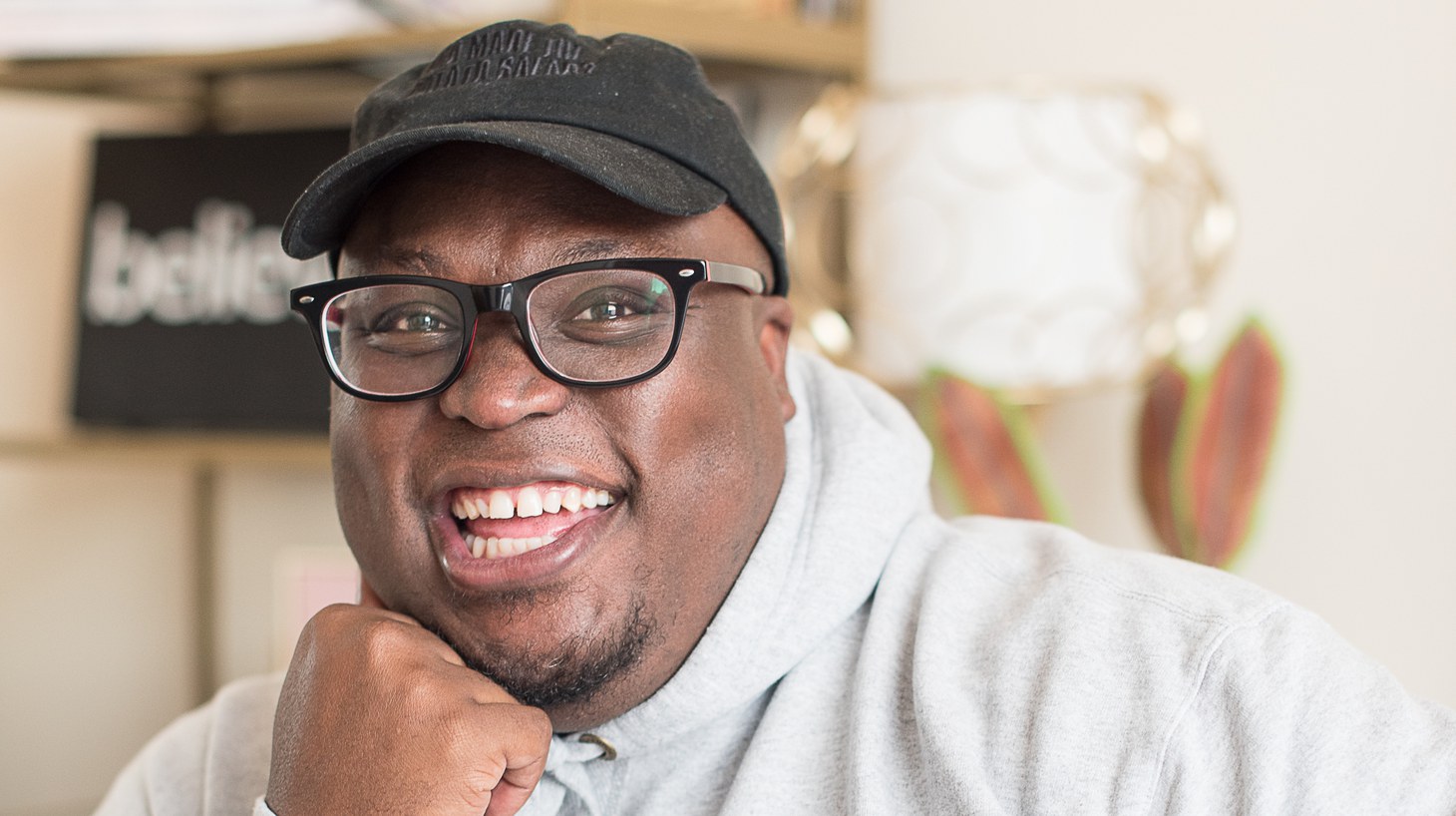 Historian and content creator KJ Kearney grew up in the Gullah-Geechee corridor of Charletson but says he didn’t realize how special his heritage was until he learned its history in college. Photo by Sirena White-Singleton.

“You can use food in a political way, because food is political,” says KJ Kearney. His concept for Black Food Fridays percolated for years. “I hope through my work to radicalize people in a way that’s fun, in a way that they don’t even realize it’s happening.”

Kearney submitted a proposal for the city of Charleston, his hometown, to formally recognize the culinary achievements and foundations of the Gullah-Geechee people, his ancestors from West Africa and the direct descendents who were forcibly enslaved. Red Rice Day, celebrated the last Saturday of September, was adopted in the city in 2018.

This year, Kearney was nominated for a James Beard Award for his social media platform which looks to educate the public in bite-sized clips about Black food culture. His most popular video explains the connection between Black Americans and cognac in under 60 seconds, but Kearney says he was more interested in discovering that Princess Tiana from Disney’s “The Princess and the Frog'' was based on Leah Chase. In addition to his social media presence, Kearney also writes a newsletter — “Who Made the Potato Salad?”