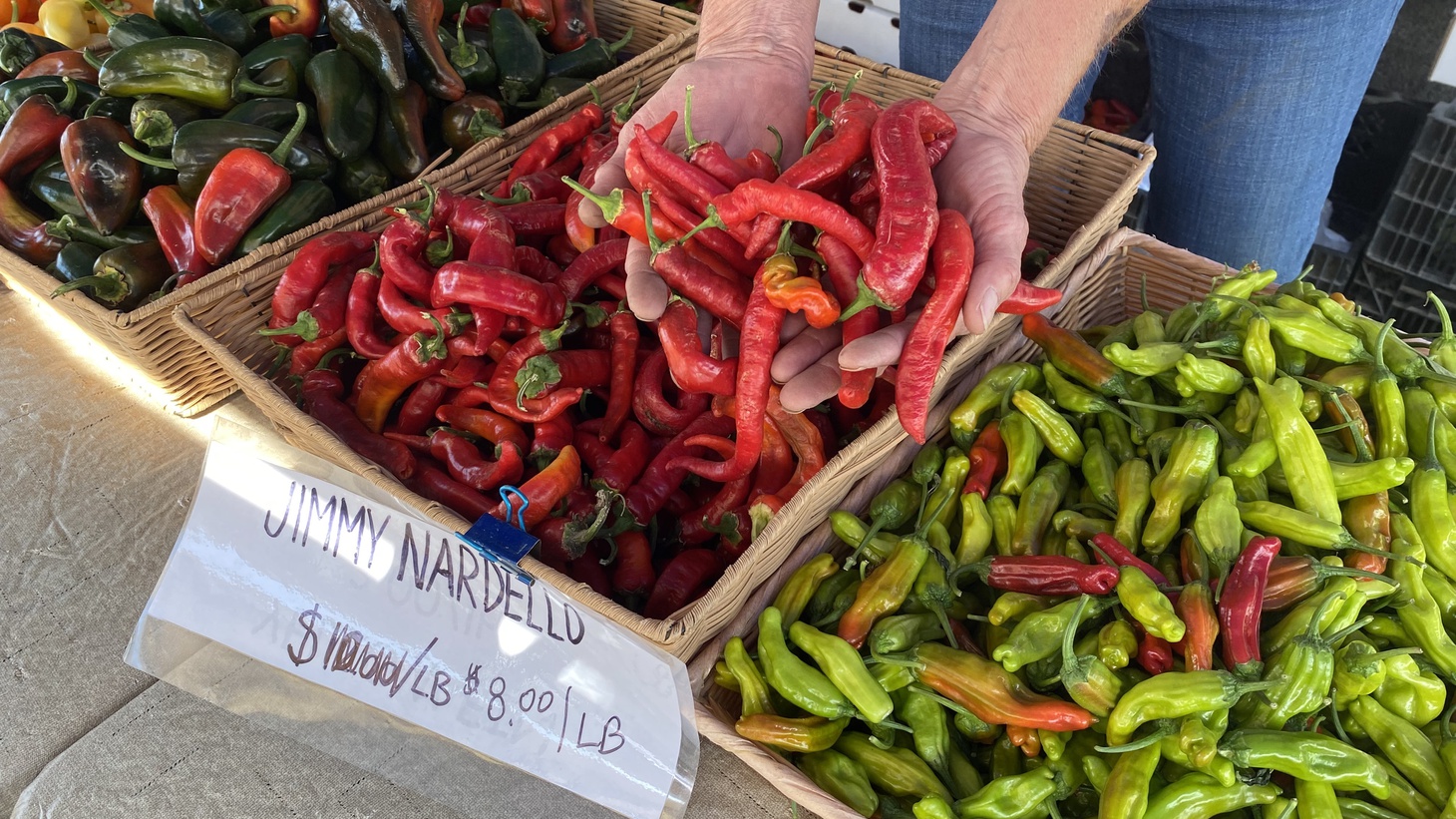 Sonoko Sakai is using seasonal Jimmy Nardello peppers in her furikake which she sells at the Hollywood Farmers’ Market. Photo by Gillian Ferguson/KCRW

Cookbook author and cooking instructor Sonoko Sakai has begun to sell her Japanese pantry ingredients at the Hollywood Farmers’ Market. Not wanting to waste the peels of the oro blanco grapefruits she was using to make jams, Sakai decided to use them for furikake. She explains that furikake is a “sprinkle,” something that Japanese people have been using for centuries, the most common being a toasted sesame with salt. At one point in history, people were consuming too much white rice, which causes a deficiency in Vitamin B. A doctor found that by drying sardines and sprinkling them over rice overcame the issue. When dehydrated ingredients were added to enrich white rice with nutrition, furikake was born.

Sakai starts by toasting sesame seeds and adds dehydrated chili peppers, salt, and citrus. Regional ingredients are used throughout Japan for furikake. A wet version requires refrigeration and includes pickled ingredients and soy sauce. Sakai is using Jimmy Nardello peppers from Weiser Family Farms in her furikake, which she is selling this Sunday and the following week at the farmers market in Hollywood.

Dawn Birch grows Jimmy Nardello peppers at Flora Bella Farm, located in Three Rivers at the entrance to Sequoia National Park. As the story goes, it’s the only pepper named after a person and got its moniker from the man who developed it.

A deep, vibrant red, the pepper has a subtle curve with a creamy flavor. Birch blisters them in a pan, adds sea salt, and eats them as finger food. Lacking spice, with a thin skin, Jimmy Nardellos make a great accompaniment to grilled meats.