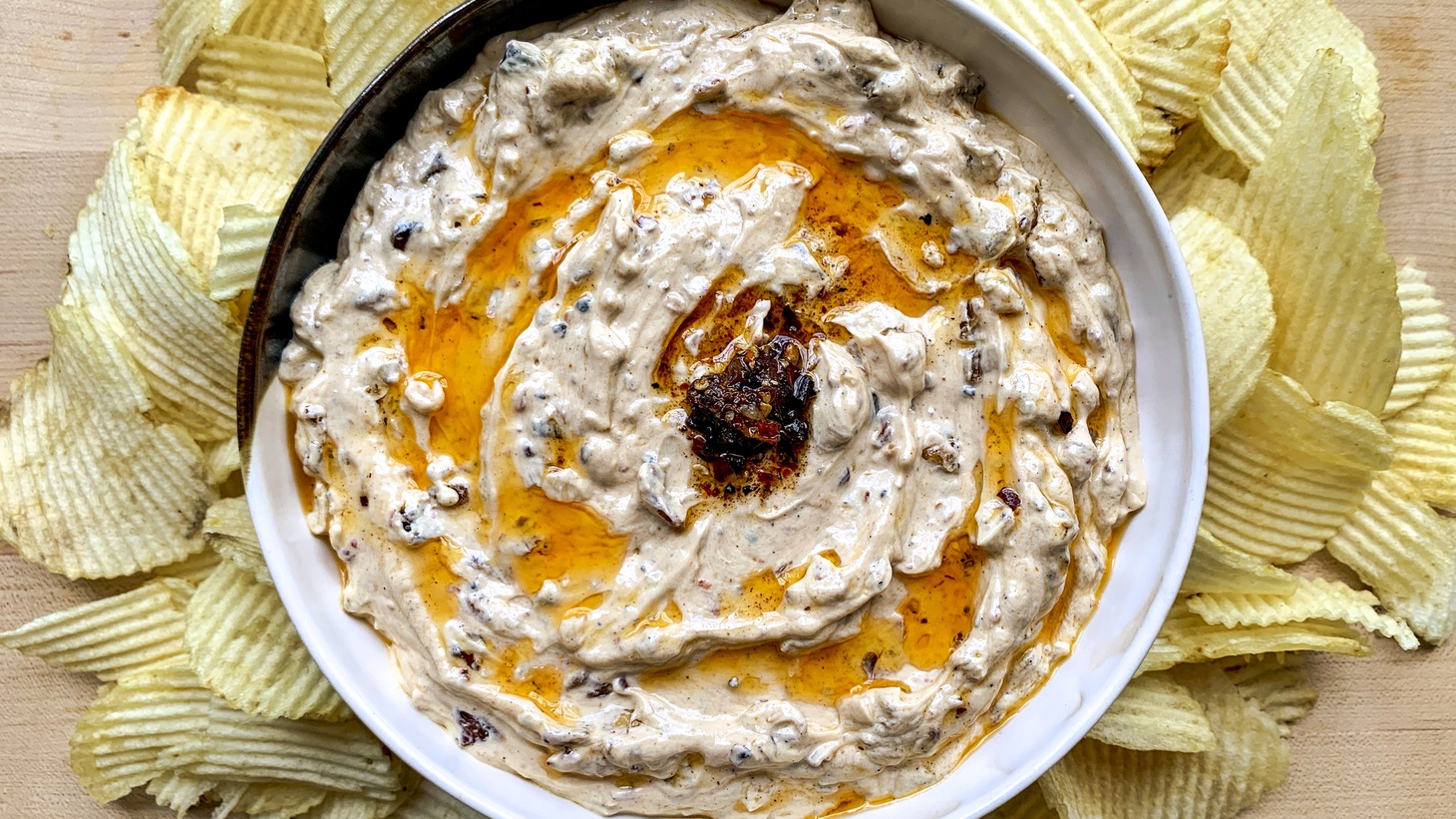 Oliver Putnam, the character played by Martin Short in “Only Murders in the Building,” loves dips. With the second season now streaming on Hulu and in the dead heat of barbecue season, Los Angeles Times cooking columnist Ben Mims has tips for dips.

“Our love affair of dips starts with those store-bought packets,” says Mims. His ode to a creamy, onion version includes dried herbs and aromatics that bloom when added to sour cream or mayonnaise. “You’re more in control when making dips from scratch,” he says. Mims prefers the tanginess of sour cream but also suggests starting with a Greek yogurt, or for vegans — fatty and rich, coconut yogurts. Add lemon juice, red wine vinegar, and apple cider vinegar for some acid to a creamy base and a concentrated flavor paste such as pesto.

Pro tip: use more salt and pepper than one would expect, and look for chip alternatives such as blanched and chilled sugar snap peas and asparagus, or endive leaves and fennel.

Looking for a warm-weather cheese dip? One of Mims’ favorites is a cooled, fromage fort.