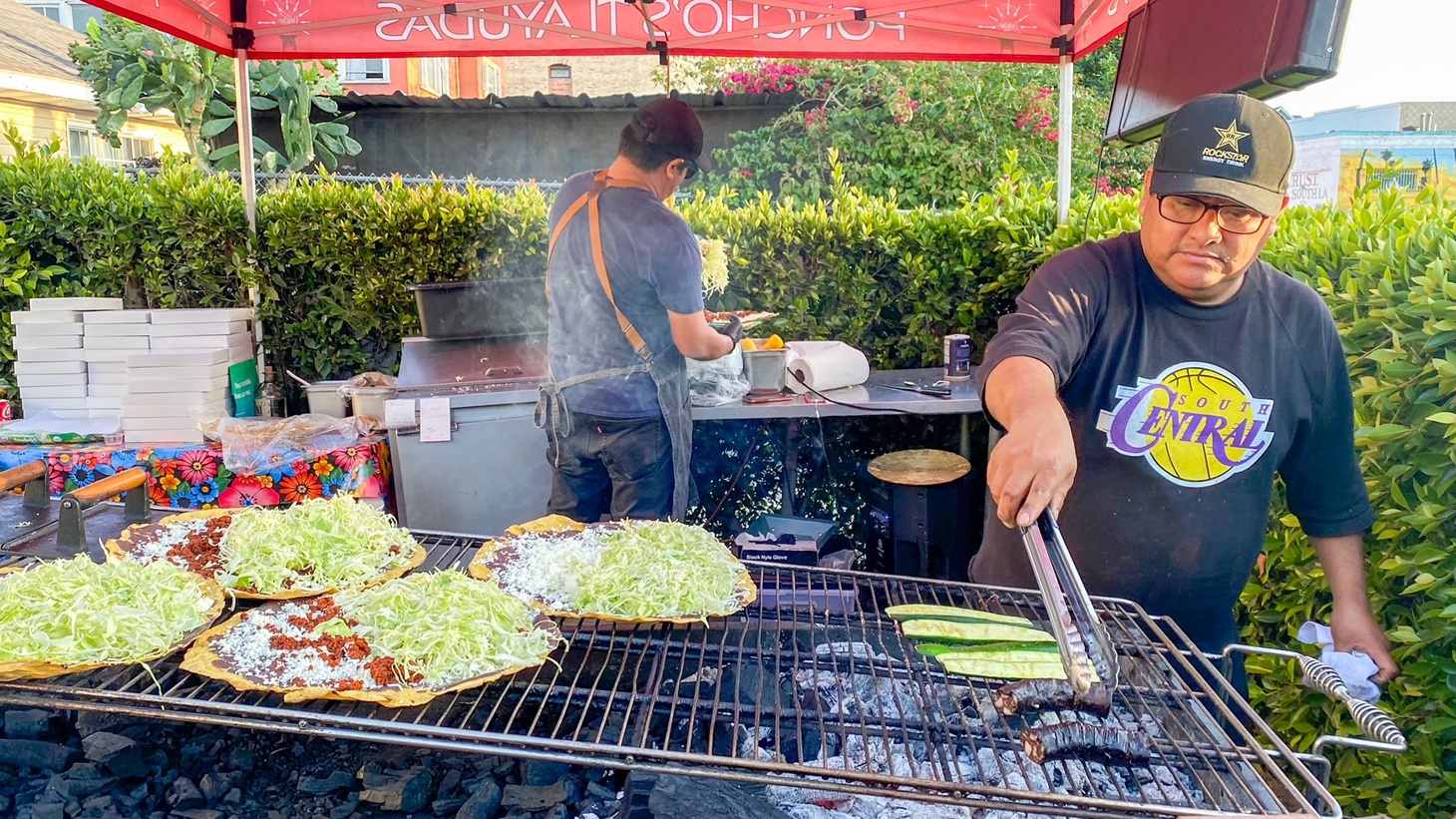 Southern California is home to the largest Oaxacan population outside Mexico — an estimated 150,000 to 300,000 residents. Like many Mexican specialties, tlayudas start with a tortilla. Los Angeles Times restaurant critic Bill Addison visits Poncho's Tlayudas, a pop-up in South Central serving the regional dish from Oaxaca.

Helmed by Alfonso “Poncho” Martinez, the Zapotec chef grew up in Oaxaca’s central valley. He began cooking tlayudas in his backyard after moving to the U.S. in 2010. Spurred on by enthusiastic friends, Martinez began serving the public, popping up at Smorgasburg LA and earning attention from the New York Times. He is now making tlayudas exclusively from his front yard on Main Street in South Central on Friday nights and Sunday afternoons.

Addison describes the specialized tortillas used for Martinez’s tlayudas as a “defining dish.” Arriving directly from Oaxaca from families in the business of growing corn for generations, the handmade disks measure 14 inches in diameter. Using asiendo, a fresh lard, Martinez adds refritos (black beans), quesillo (a Oaxacan cheese), chorizo, and cabbage. Folded in half, the tlayuda comes straight off the grill and into a diner’s hands.

“The blood sausage is almost as important as the tlayuda,” says Addison. The recipe for the sausage comes from Martinez’s inlaws and is used alongside the chorizo and tasajo (a flank steak) for a tlayuda con tres carnes. 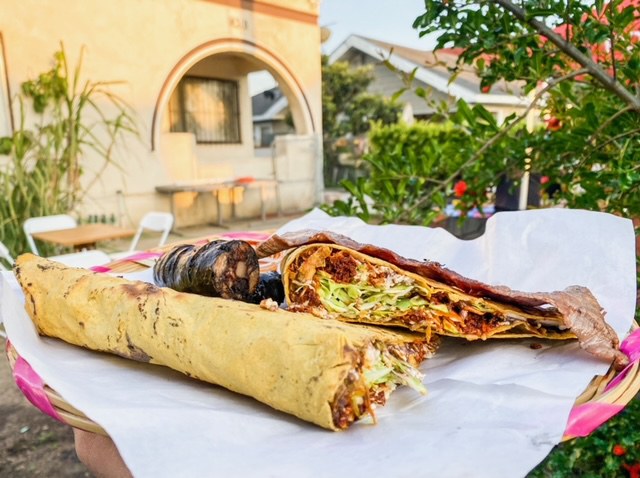