Lift the flavors of Middle Eastern cuisine with ‘Bavel’ cookbook 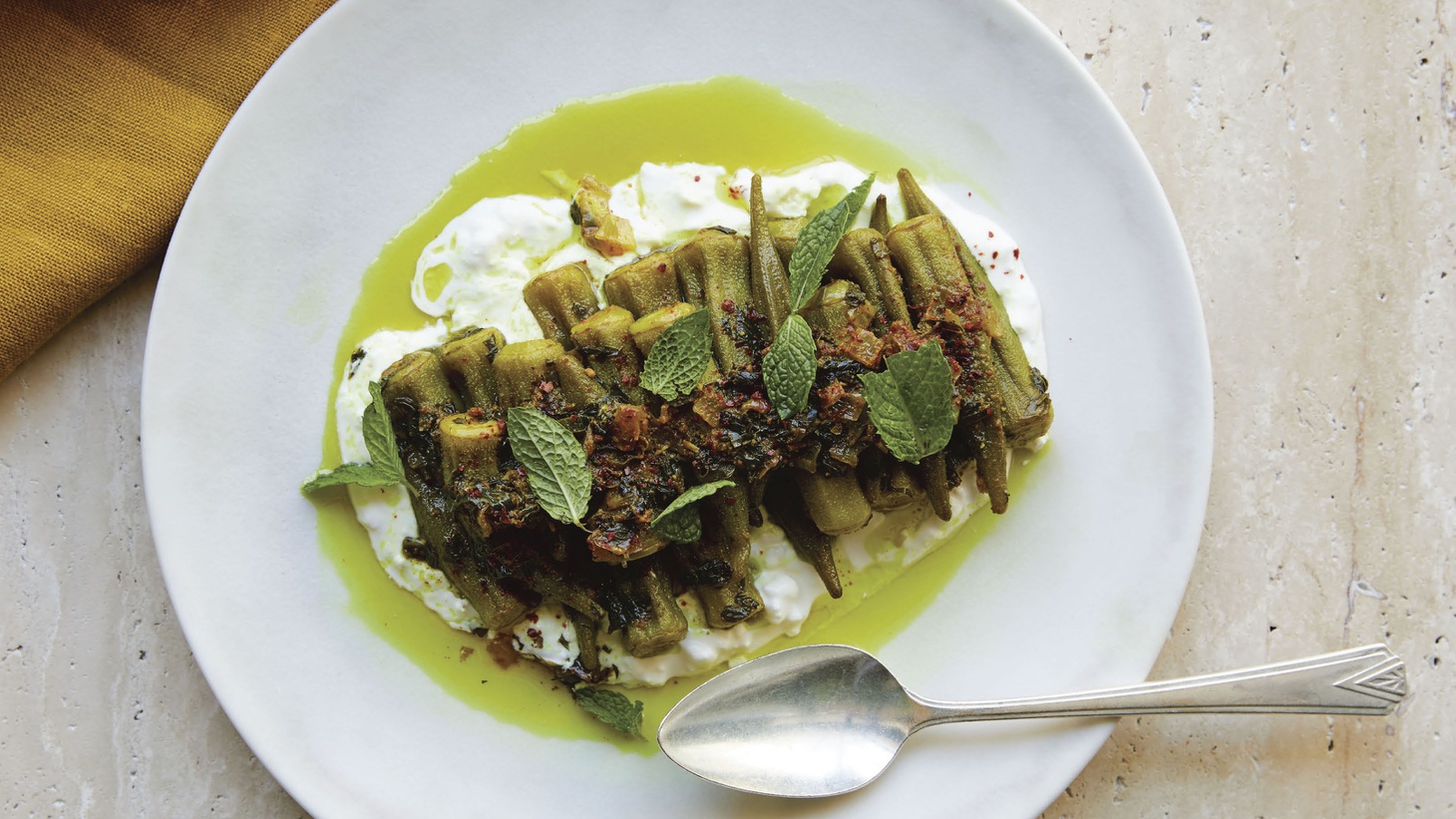 Ori Menashe’s confited okra dish was inspired by his experience of peeling 240 artichokes a day when he worked at Angelini Osteria. Photo by Nicole Franzen.

Chefs Ori Menashe and Genevieve Gergis say they were born into the concept of Bavel, their Middle Eastern restaurant in the Los Angeles Art District, pulling from memories with Palestinian, Moroccan, Egyptian, and Israeli flavors. Menashe knew that once he perfected his pita, they were ready to open a second restaurant, the first being the wildly popular Bestia. With small mezze plates, many of their dishes cater to non-meat eaters, including confited okra and mushroom kebabs. To finish, Gergis uses sweet cheeses, dried fruits, nuts, and spices in her desserts. Fans of the duo can now make the cravable dishes at home from their eponymous new cookbook, “Bavel.”

Every Friday night, my whole extended family used to get together at my grandmother’s house for Shabbat dinner. Most times there were twenty-one of us—eleven kids and ten adults—and somehow she would always manage to have everyone stuffed and happy. There ’d be platters of stuffed cabbage leaves and beef braised with onions, and in the summer, you could always expect a dish of okra to be on the table. My grandmother had great instincts and knew how to pick exactly which okra at the market were less sticky and slimy. Then she ’d pan-fry them, cover them with a tomato base, and bake them low and slow for a long time.

The okra I serve at Bavel is loosely inspired by my grandmother’s but also by a dish that Gino Angelini served at his L.A. restaurant, Angelini Osteria, where I worked for many years. He would confit artichokes in olive oil along with onions and parsley, and in the end, the artichokes tasted like themselves, only amplified. My dish is made with okra and more Middle Eastern aromatics, including mint, cilantro, ginger, and turmeric, but like Gino’s artichokes, the flavor of the okra is ultimately intensified. I serve the okra over whipped feta to add a bit of acidity and creaminess to this peak summer dish.

Good feta cheese is a wonderful thing, but the truth is there’s also a lot of really bad feta out there—dry, crumbly, and harshly acidic. Whipping in some crème fraîche transforms even mediocre feta into a creamy, light spread without any of that aggressive chalkiness. Look for feta that is still in the brine. My favorite is Valbreso brand, which you can find in many stores.

When I was twenty-one, I spent six months traveling with friends across South America. We would snowboard all day, party all night, and I’d cook meals for everyone in between. I loved it, and that was one of the first times I remember thinking that I wanted to be a chef. While I was in Argentina, I made friends with some locals, who would sometimes take us for Argentinian barbecue. It would take forever to cook the meat because they kept it far away from the fire, but in the end, the meat was super smoky and juicy—really different from the fast and hot grilling I had been used to.

The first time I tasted this mushroom dish while creating recipes for Bavel, it actually reminded me a lot of the meaty smokiness of Argentinian barbecue. I season the mushrooms with a little sumac and elevate them almost 6 inches away from the heat to cook slowly, absorbing all that great charcoal flavor, and in the end, they’re as juicy, smoky, and almost as meaty as tender costillas. I serve them atop a bright puree of lovage, a minerally, almost salty green that tastes like a mix between overgrown parsley and celery leaves—or in colder weather, over stinging nettles—with a little crème fraîche, for a complex, satisfying vegetarian dish. 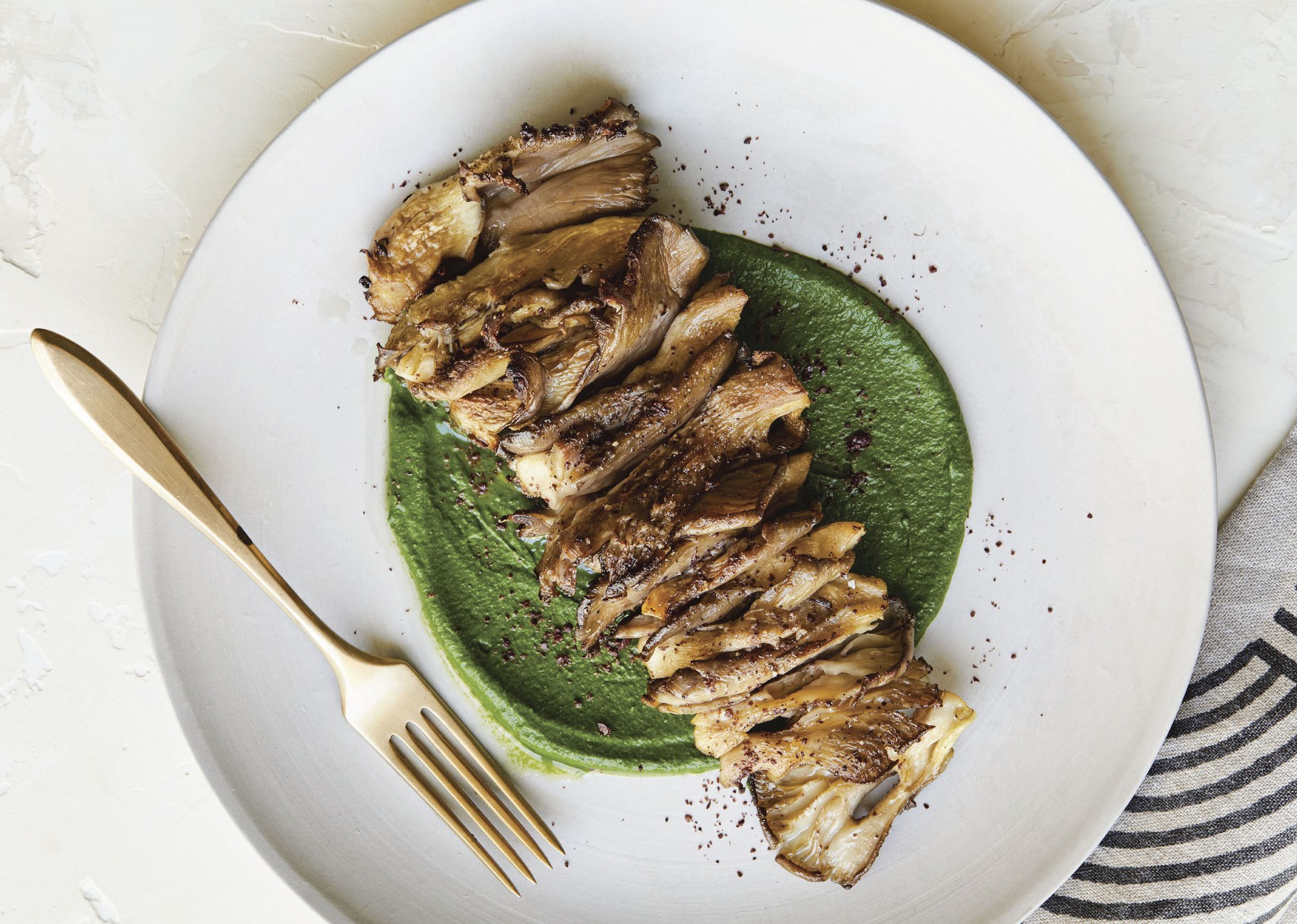 Menasche created his mushroom kebab to avoid wasting the ingredient from other dishes. The smokiness of the mushroom, imparted by the grill, caused his cooks to dance, which was a sign for Menashe to put it on the menu at Bavel. Photo by Nicole Franzen.

Note: Make sure to season the mushrooms only lightly with salt; they shrink a lot when they cook, concentrating the salty flavor. You can always add a bit of finishing salt at the end. 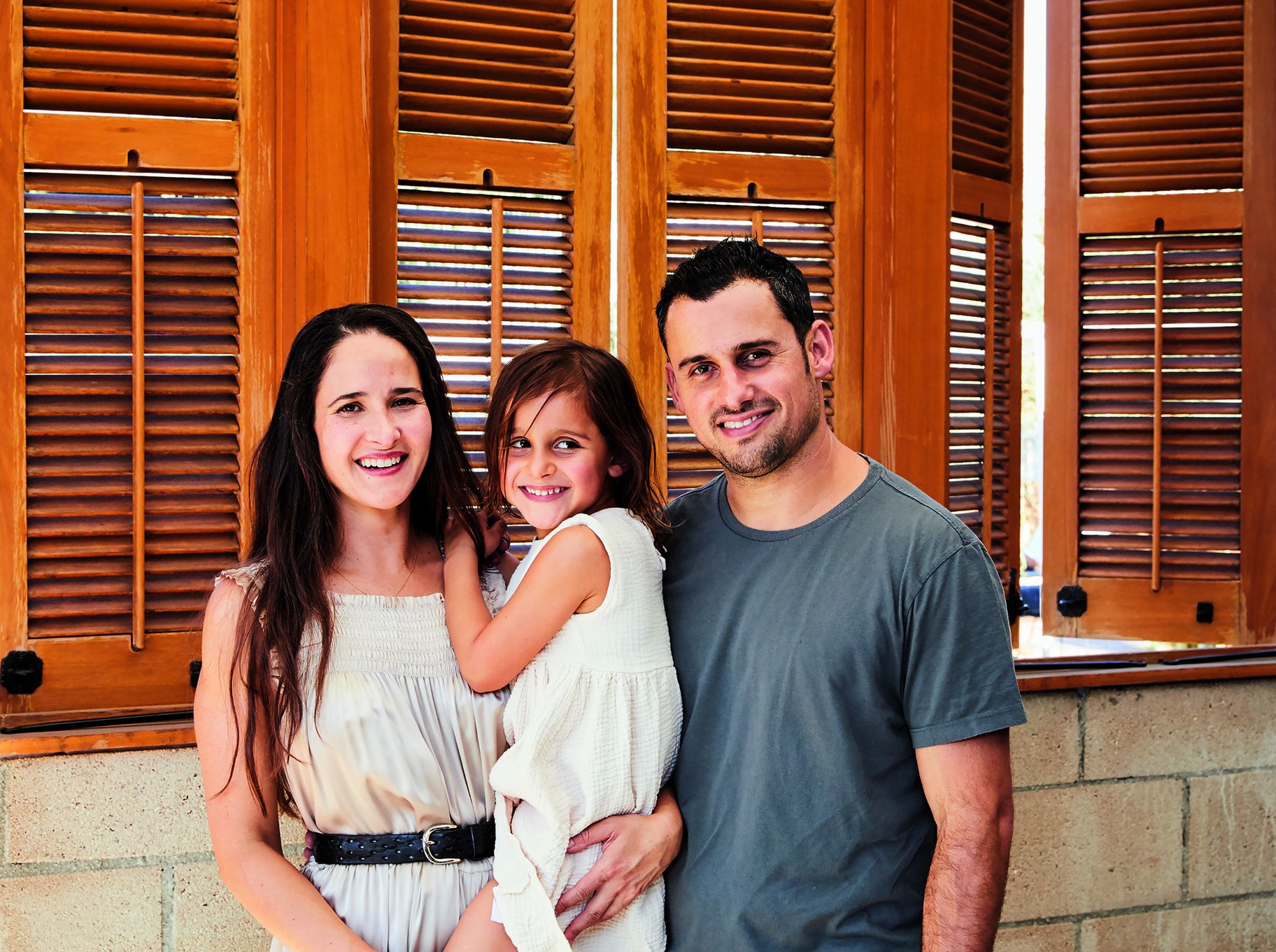 With their busy restaurant Bestia, and their daughter Saffron on the way, Genevieve Gergis and Ori Menashe decided to open Bavel as a wave of modern Middle Eastern restaurants gained popularity in the U.S. Photo by Nicole Franzen. 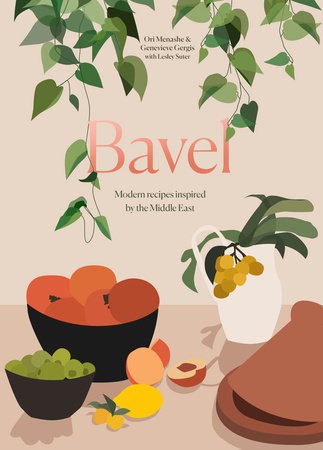 In their new cookbook, Ori Menashe and Genevieve Gergis share recipes for the dishes they serve at their restaurant Bavel. Photo courtesy of Ten Speed Press.

Lift the flavors of Middle Eastern cuisine with ‘Bavel’ cookbook

Chefs Ori Menashe and Genevieve Gergis are out with a new cookbook of recipes from their second restaurant, Bavel, where dishes are inspired by Palestinian, Moroccan,...

The women who pioneered home economics knew that a better home life would improve society. Danielle Dreilinger documents them in her new book, “The Secret History of Home...

Nonstick cookware development has involved durability, dishwasher safety, and limiting the use of toxic chemicals. Anna Hezel tracks the history of nonstick technology in...

Australian chef Josh Niland would love home cooks to see fish as more than a sum of their fillets. His James Beard- nominated book, “Take One Fish,” teaches people to use...

LA Times restaurant critic Bill Addison goes on a quick road trip to Little Arabia in Anaheim for Yemeni cuisine. At House of Mandi, he recommends lamb stew served in a clay...