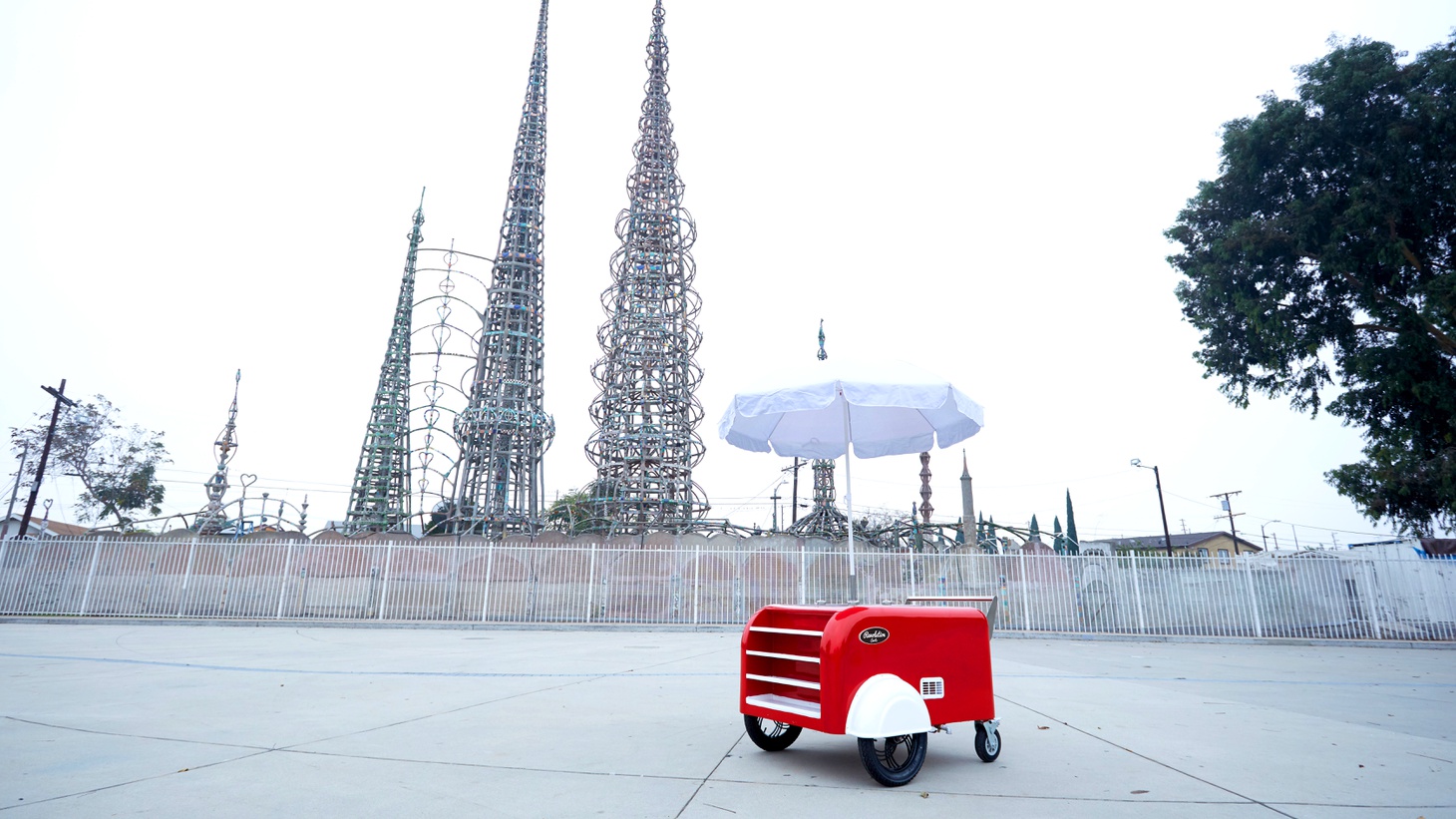 “I wanted to build something that was eye-catching, that was beautiful,” says Richard Gomez of his “Tamalero” cart. Photo courtesy of Revolution Carts.

As a child growing up in Mexico, Richard Gomez remembers always wanting to take things apart and his brother selling tamales on the corner. His curiosity led him to a career in engineering. At city council public hearings, the refrain he kept hearing was that sidewalk vending was an eyesore. Thinking about classic Americana, he used colors and a style that Angelenos could relate to. His latest project is Revolution Carts, where he has designed the “Tamalero,” which is awaiting final certification from the city. In this week’s edition of “In the Weeds,” Gomez shares his satisfaction from changing vendors' lives and his activism.