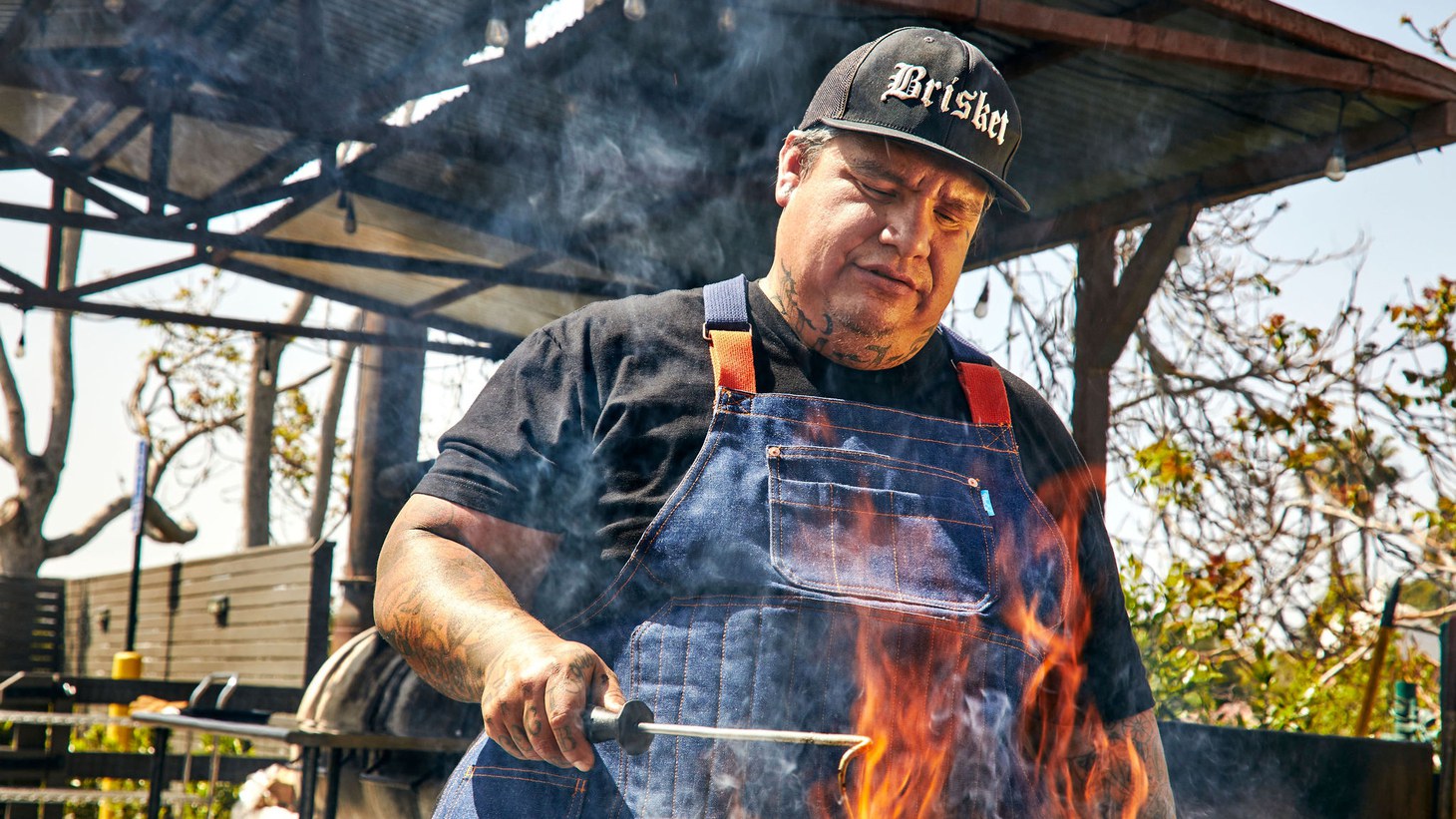 Pitmaster Daniel Castillo of Heritage Barbecue was serving neighbors out of his backyard in Garden Grove before traveling to Texas to perfect his craft. Photo by Katrina Frederick.

Just as the swallows seasonally return to Mission San Juan Capistrano, directly across the street, customers hungry for Texas barbecue line up for pitmaster and co-owner Daniel Castillo’s brisket, ribs, and hot links.

In this week’s edition of “In the Weeds,” Castillo says he learned to barbecue when his wife was pregnant and preferred to be outdoors. He picked up a free smoker on Craig’s List and got started with chicken and carne asada. In order to perfect his craft, he traveled to Central Texas to learn from the masters. Back in Orange County, he found someone to build a 250 gallon offset smoker, run strictly on wood, and began serving Texas-style barbecue out of his backyard. At Heritage Barbecue, he serves the Texas trinity of meats along with chicken, tri-tip, seasonal salads, daily sides, and housemade banana bread pudding. With a multicultural staff, he encourages his team to incorporate their heritage into dishes. Don’t be surprised to see brisket banh mi and pastrami tacos on the menus. 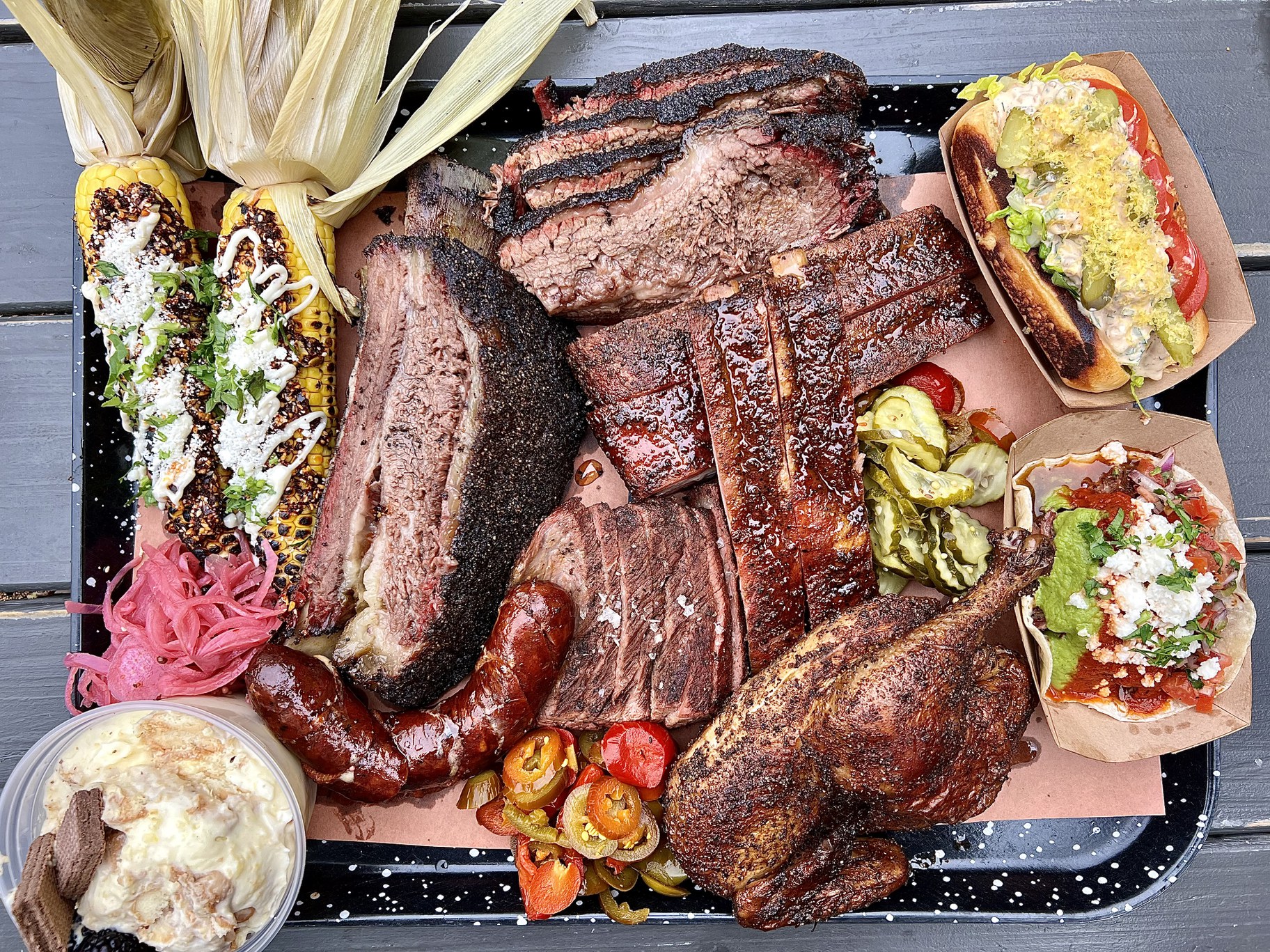 Along with the Texas trinity of sausage, brisket, and ribs, Heritage Barbecue is smoking brisket and pastrami, served alongside seasonal salads, tacos, and banana muffin pudding. Photo by Laryl Garcia/KCRW 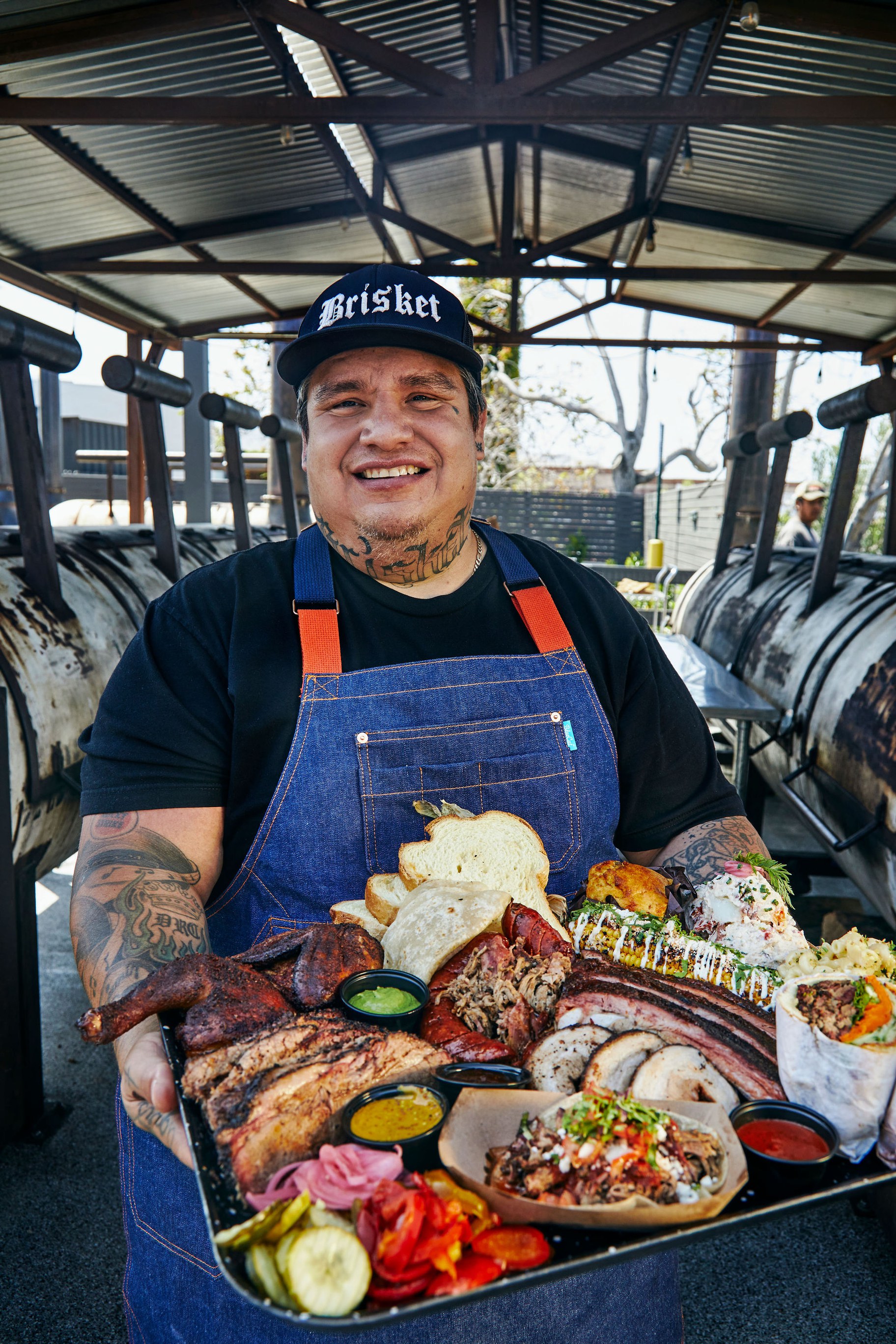 Daniel Castillo’s barbecue prowess grew from a free smoker on Craig’s List, upgrading to a 250 gallon offset smoker that runs off strictly wood — what he refers to as “analog” barbecuing. Photo by Katrina Frederick.

Food writer Nicole Taylor’s cookbook “Watermelon and Red Birds: A Cookbook for Juneteenth and Black Celebrations” is named after her favorite childhood fruit, and the birds...

From the Underground Railroad to the Oregon Trail, KCRW’s Tyler Boudreaux traces the history of the Black Republican cherry variety.

Kevin Bludso regales stories of his beginnings in Compton to summers barbecuing with his Texas grandmother in his new cookbook.

Dr. Howard Conyers grew up at the heels of his father making barbecue before earning a doctorate in mechanical engineering. He’s now designing barbecue pits and raising...

Owner and pitmaster Daniel Castillo is serving Texas barbecue steps away from the mission in San Juan Capistrano.