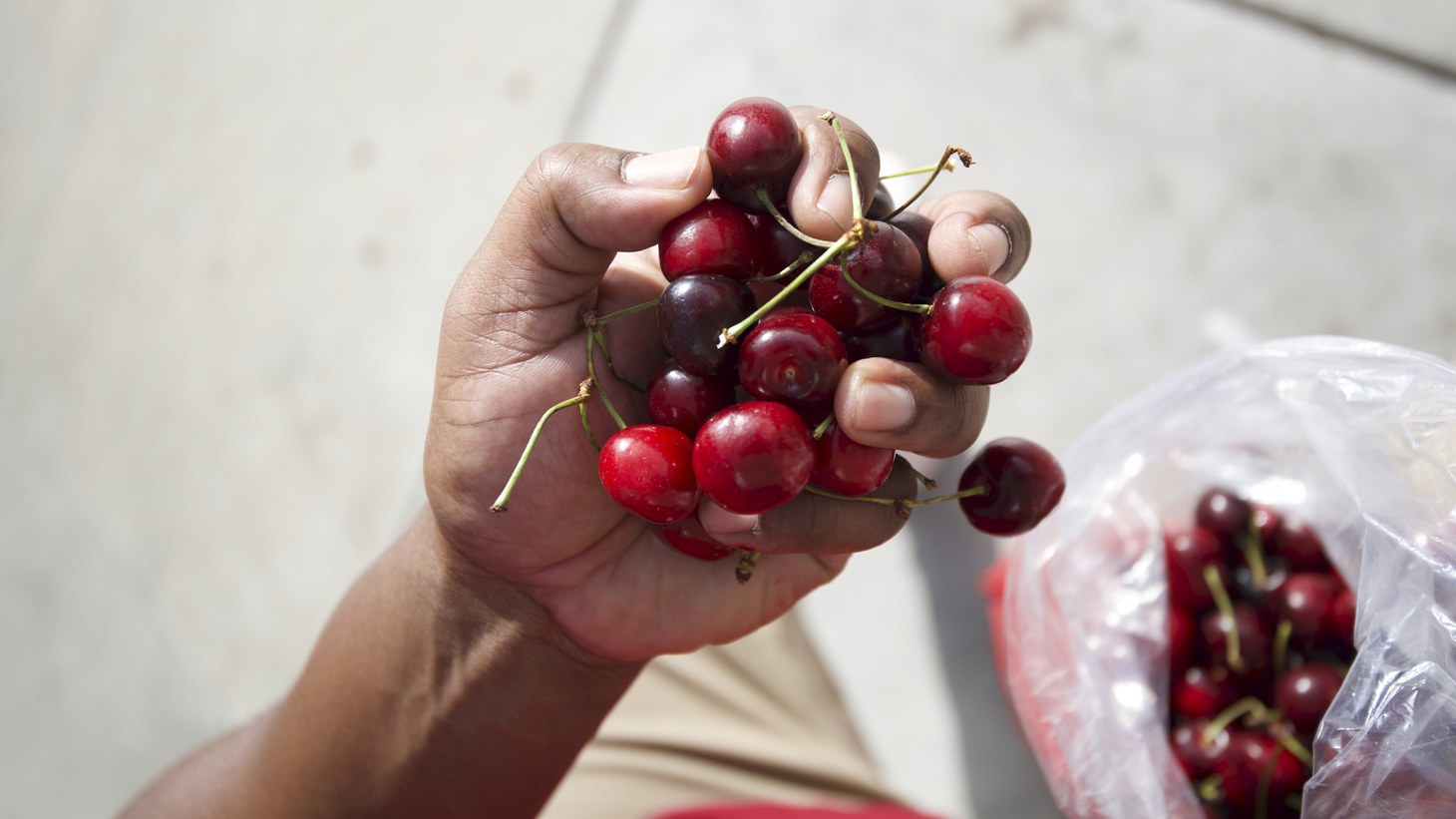 The story of Black Republican cherries begins with an Iowan family who hid freedom seekers in their home before heading west on the Oregon Trail. Photo by Seth Van Matre/KCRW

The story of the Black Republic cherry begins with Henderson Luelling, the eldest son of a Quaker family who ran a nursery in Iowa in the late 1830s. Their stock included 35 varieties of small produce such as apples, pears, peaches, plums, and cherries. Today, the family home in Salem is a federally recognized landmark not because of their fruit trees, but because it was a stop on the Underground Railroad.

David Hellman, President of the Board of the Lewelling Quaker Museum tells KCRW producer Tyler Boudreaux, “The whole family were activists. They had some unique qualities — the family was quite remarkable in their adventurism, creativity, business acumen, their fascination with grafting trees, and their intense abolitionism.” Luelling built two hiding places in his stone home cut from a quarry that were used by freedom seekers headed north from Missouri.

In the late 1840s, the family made their way along the Oregon Trail with 700 seedlings in a covered wagon pulled by six oxen. They eventually settled in Milwaukie, Oregon, just south of Portland. About half of the trees survived and produced many of the varieties enjoyed today on the West Coast, prompting Luelling to be dubbed the “Father of the Pacific Fruit Industry.” Leaving the nursery in his brother Seth’s care, he headed to the community known as Fruitvale, better known today as Oakland, California.

Food writer Nicole Taylor’s cookbook “Watermelon and Red Birds: A Cookbook for Juneteenth and Black Celebrations” is named after her favorite childhood fruit, and the birds...

From the Underground Railroad to the Oregon Trail, KCRW’s Tyler Boudreaux traces the history of the Black Republican cherry variety.

Kevin Bludso regales stories of his beginnings in Compton to summers barbecuing with his Texas grandmother in his new cookbook.

Dr. Howard Conyers grew up at the heels of his father making barbecue before earning a doctorate in mechanical engineering. He’s now designing barbecue pits and raising...

Owner and pitmaster Daniel Castillo is serving Texas barbecue steps away from the mission in San Juan Capistrano.