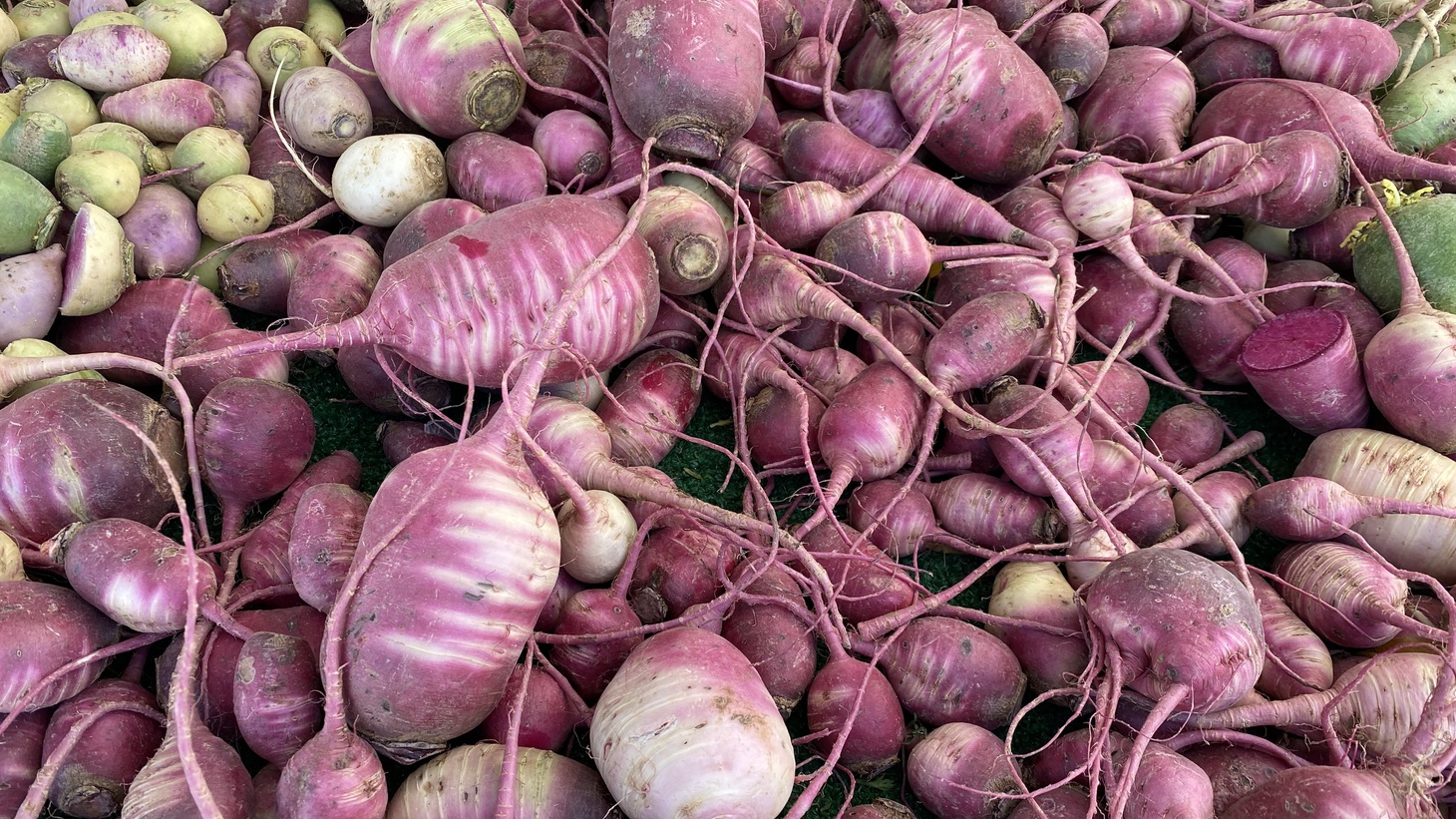 Michelle Weiser prefers a medium-sized radish and explains that as the bulb gets larger, it loses its spiciness. Photo by Tyler Boudreaux/KCRW

Ben Mims visits with Sara Kramer, co-chef and owner of Kismet, at the Santa Monica Farmer’s Market where she has her eye on the radishes at the Weiser Family Farms stand. The honeydew radish grabs her attention and she is shaving it to top the menu’s striped bass crudo. The texture is crunchy and holds up to the fish and the hoja santa viniagrette. Light green and ethereal, she says the honeydew does it all. Nuttier and sweeter than a traditional breakfast radish, she recommends it in a crudite platter and even throwing them on the grill and serving them alongside chicken or fish.

Michelle Weiser of Weiser Family Farms describes the honeydew as a daikon radish. White on the bottom and green on the top, it’s spicier toward the end. The longer radishes are kept in the ground, the less spicy they become, and are a preferred for pickling. 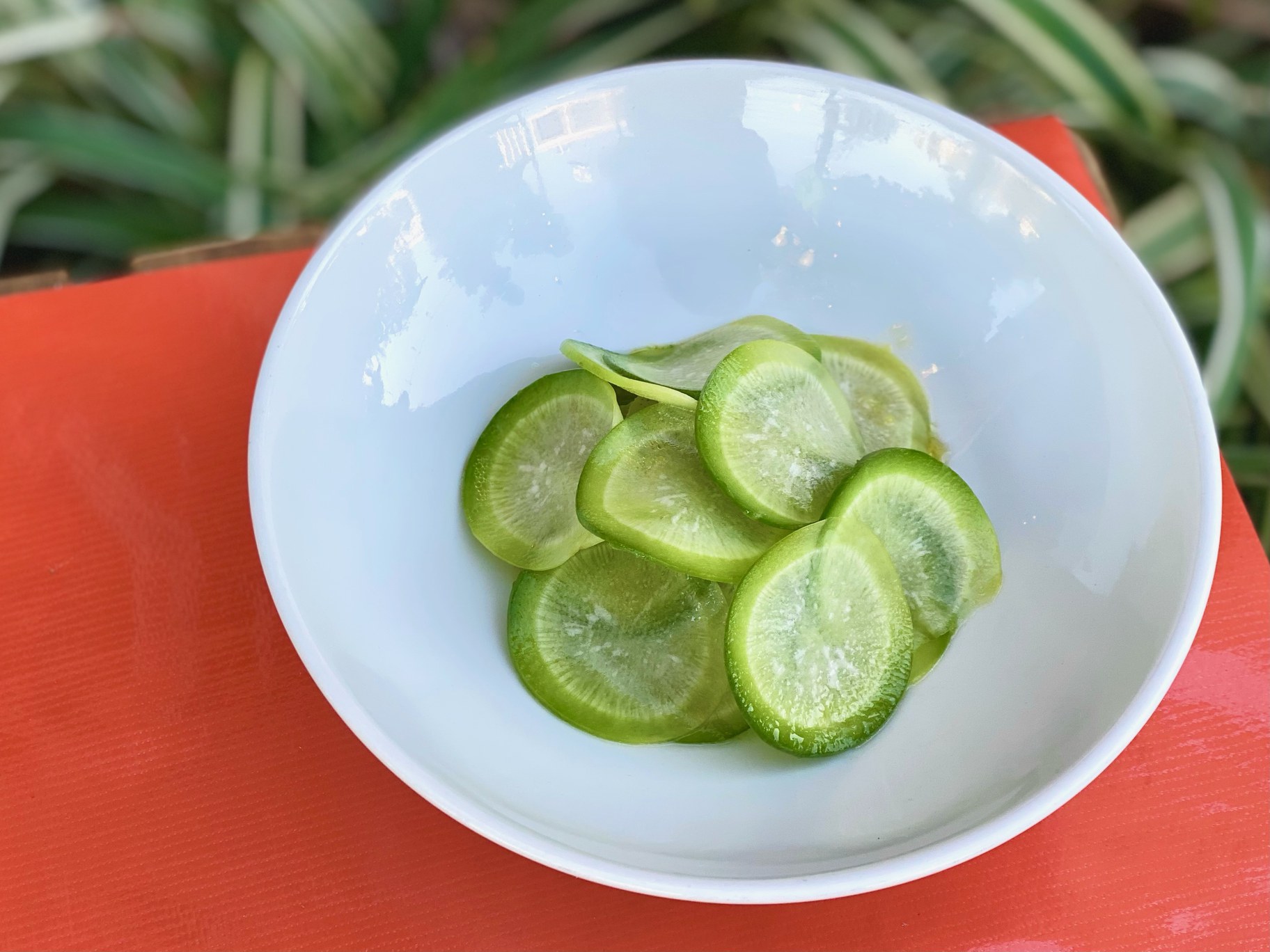