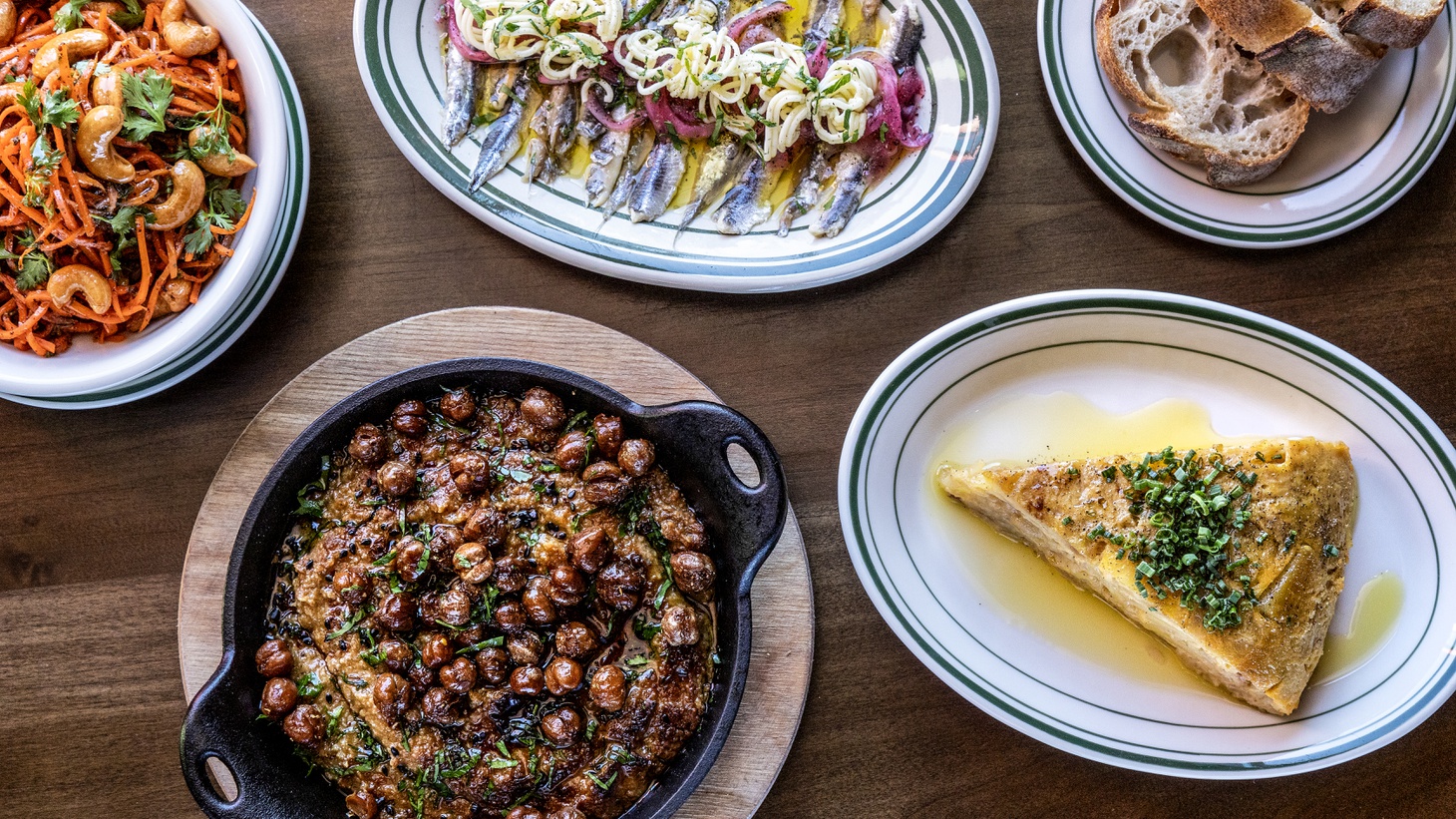 Chef Chris Feldmeier is helming the third iteration of Bar Moruno with a theme that revolves around Spanish bar food and good drinking. Photo by Ricardo DeAratanha/Los Angeles Times © 2022.

After a stint of working for the Mozzaplex corner of Highland and Melrose, David Rosoff has taken over a stretch of restaurant space in Silver Lake, opening Bar Moruno, Causita, and nestled in between Ràpido.

LA Times restaurant critic Bill Addison reviews the trio which is Rosoff’s first venture with his new hospitality group, Intent to Dine. Opening at the Original Farmers Market, Bar Moruno moved to Grand Central Market before landing on Sunset Boulevard. Chef Chris Feldmeier has been with Rosoff for the ride. Serving what Addison calls “Spanish bar food and good drinking,” Addison leans to the tapas dishes like beautifully presented conservas and a Tortilla Española but larger fare including steak pairs with a nice sherry or a strong martini.

Over at Causita, chef Ricardo Zarate showcases Nikkei-inspired food, a cuisine by Japanese immigrants arriving in Peru that developed over the last century.