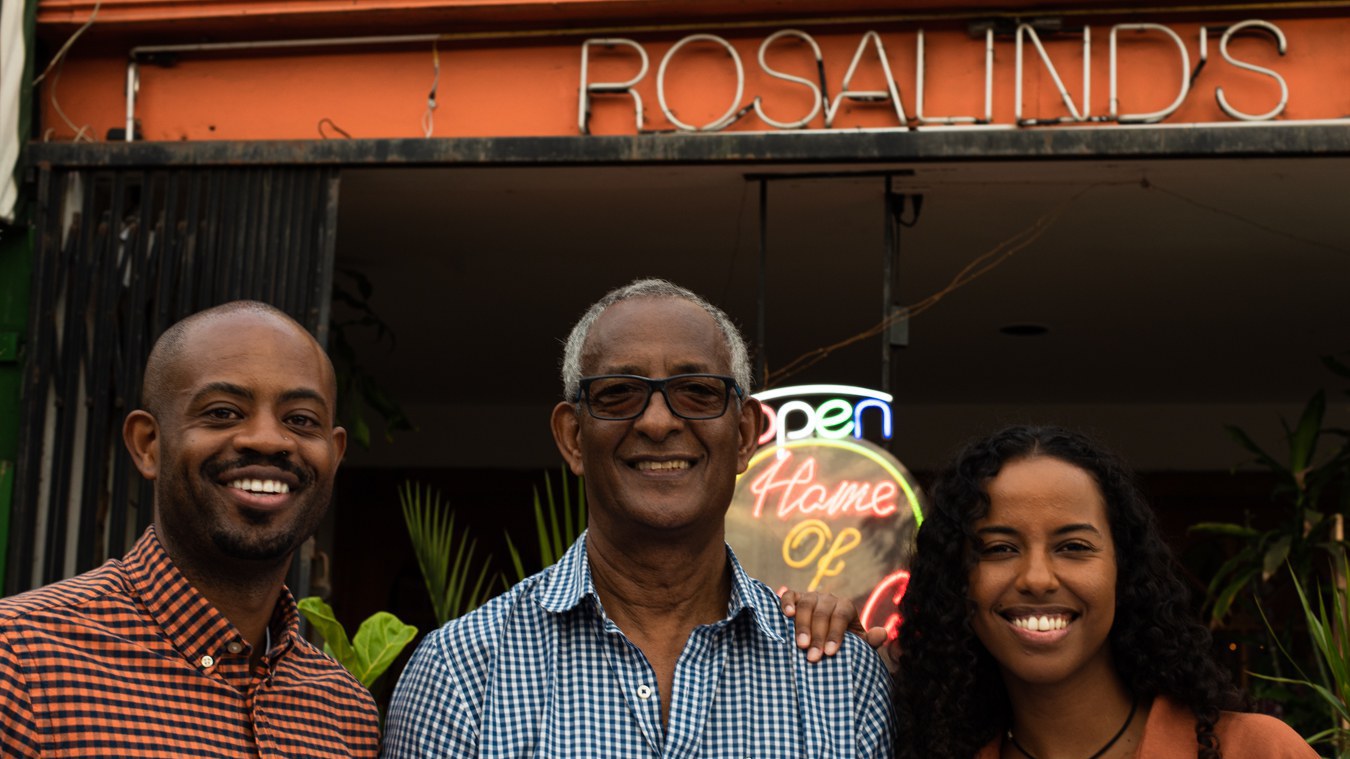 In an excerpt from his KCRW series “Exploring Africa in LA: A Little Ethiopia Story,” independent producer Shaka Mali Tafari visits with Mr. Fekere, owner of Rosalind’s, who brought the first Ethiopian restaurant to Fairfax Ave. Fekere encouraged other African businesses to set up shop on the street, and was dubbed “the Godfather of Little Ethiopia.” Along with Berhanu Asfaw and his brother Getahan, owners of Messob, Mr. Fekere gathered other entrepreneurs in 2000 to meet at Rosalind’s to discuss the future of Ethiopians in Los Angeles. Two years later, Little Ethiopia became the first neighborhood in the world to be named after an African nation.

Enebla: Bringing Ethiopian cuisine to the home kitchen in under an hour

Lulady Moges brings Ethiopian dishes to the table in under an hour.

40 years of Cat and Fiddle: How a British bassist gave LA a proper pub

What happens when a British rocker lands in LA with no pubs to be found? He opens one himself.

Good Food remembers New York restaurant critic Gael Greene, who passed away this week at the age of 88.