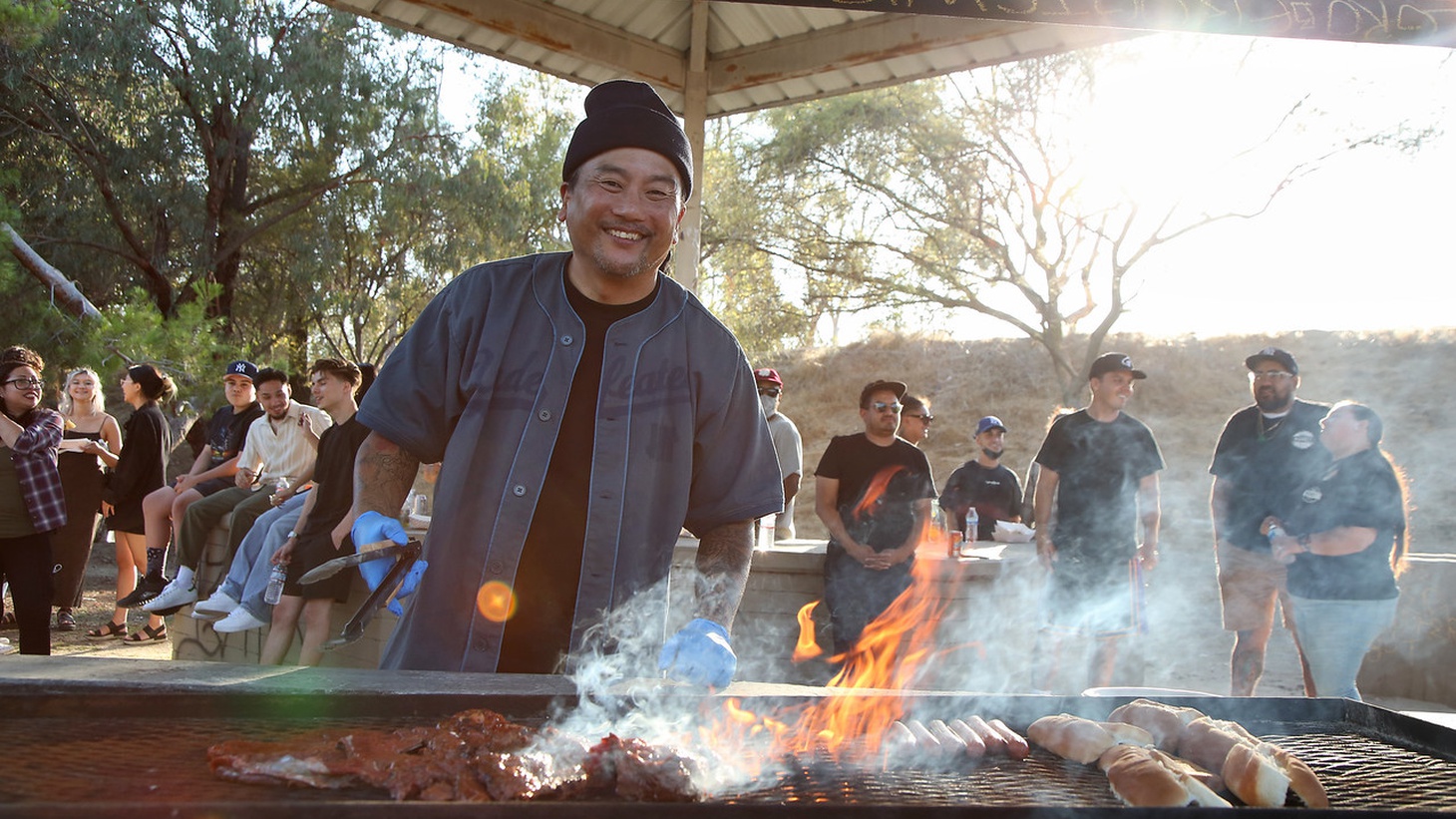 In the second season of Emmy-winning “Broken Bread,” chef Roy Choi tackles exploitation in the restaurant industry and gentrification. Photo by Randall Michaelson.

Roy Choi confronts social justice issues such as employee inequity and gentrification in the second season of his Emmy Award-winning series “Broken Bread.” Yale history professor Paul Freedman explores the cultural significance of food and why it matters in breaking down stereotypes and understanding taste. Journalist Michele Maynard reports from Ann Arbor, Michigan, where Paul Saginaw and Ari Weinzweig  opened Zingereman’s, an empire 40 years in the making that is built on customer satisfaction. In Leimert Park, Nesanet Abegaze and her mother are pivoting to an Ethiopian-Mexican fusion concept at Azla Vegan. Signs of spring appear at the market where peas make their debut.